Home » 74th anniversary of the UDHR and ‘Cyrus Charter’

74th anniversary of the UDHR and ‘Cyrus Charter’

The seventy-fourth (74) anniversary of the Universal Declaration of Human Rights – UDHR will be celebrated on 10th December 2022. Already, preparations are also being made by the United Nations, member states, Non-Governmental Organisations – NGOs, educational institutions, and others for the celebration of the seventy-fifth (75) anniversary next year.

Historians and scholars have revealed that the concept of human rights was not born in the West! Although origins have been traced to ancient Greece and Rome, the “Cyrus Charter of Human Rights” was discovered in 1878 during the excavation of the site of Babylon. Many around the world have considered this the first declaration of human rights.

On 4 October 539 BC, Iranian (Persian) soldiers entered Babylon, the capital of Iraq (Babylonia). It was said that this bloodless war freed captives of all nationalities held as slaves for generations in Babylon. On 9 November, Cyrus of Iran (Persia) visited Babylon and issued a declaration, inscribed on a baked clay barrel (cylinder), known as the “Cyrus Charter of Human Rights”.

During the period of Mohammad Reza Pahlavi known as the Shah of Iran, the Cyrus Cylinder became very popular. The first United Nations Conference on Human Rights took place in Tehran in 1968. The then King of Iran, Shah declared that the “Cyrus Cylinder was the precursor to the modern Universal Declaration of Human Rights”.

However, the concept and mechanisms of human rights were institutionalised and internationalised only after the birth of the United Nations. Human Rights are universal and interdependent. 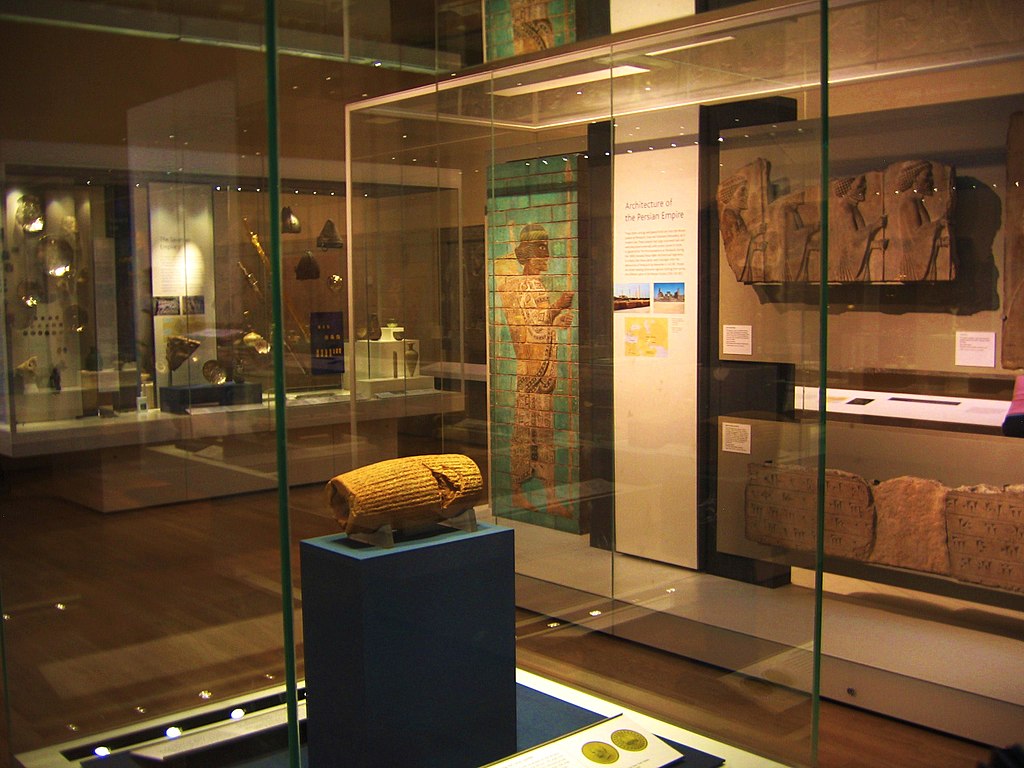 The United Nations Charter was signed on 26 June 1945 by 50 countries at a UN conference in San Francisco. But the UN officially came into existence only on 24 October 1945 when all five major powers – France, United Kingdom, USA, USSR (Today Russia) and China (Today Republic of China or Taiwan) ratified the Charter. The United Nations commemorates 24 October as UN Day.

The Universal Declaration of Human Rights was adopted on 10th December 1948 by the United Nations at the Palais de Chaillot in Paris. Since then this day has been celebrated all over the world as “International Human Rights Day”.

The UDHR contains thirty articles. Articles 1 and 2 outline the philosophical claim of the UDHR and emphasise that human beings are born free with equal dignity and are entitled to all rights and freedoms without any kind of discrimination. Articles 3 to 21 deal with civil and political rights and articles 22 to 27 deal with economic, social, and cultural rights. Concluding articles 28 and 29 stress the duties and responsibilities of the individual in a democratic society. Finally, article 30 gives cautionary notice that nothing in the UDHR may be interpreted as implying that a person or group has any right to do anything aimed at destroying the rights and freedoms set forth in the UDHR.

In Sri Lanka, Human Rights Day comes and goes every year – but has the UDHR made any impact? Limiting ourselves only to recent years, what has the government done in terms of investigation and accountability for those killed and disappeared during the last days of the war in May 2009? What is happening today in the war-torn North and East? In the South, what about the disappearances that took place during the JVP’s uprising in 1971 and the late 80s and the arbitrary killing of many including the JVP’s leader Rohana Wijeveera?

Thirteen years after the end of the war – land grabs, forced planting of religious monuments, colonisation and many other forms of destruction continue in the North and East today. As some claimed, if the people were saved from the clutches of terrorism, why should this conflict, discrimination and suffering continue even now? What happened to the promises given to the international community during the peak days of the war?

When leadership lacks vision and commitment to protect human rights, and does not promote them in the heart and minds of the people in Sri Lanka, citizens will raise their voices at any cost to uphold their birthrights, set out in the UDHR. Human Rights guarantee freedom, dignity, equality, and justice for everyone.

Some in Sri Lanka have never realised that the Lord Buddha was born a Hindu. The way a naval political figure portrayed himself as the custodian of Buddha Sasana is purely for political mileage. If someone eats beef, enjoys other non-veg and the taste of alcohol, dumps bodies in the sea, and is against equality, they are not fit to be even a fictional custodian of Buddha Sasana! Hypocrisy prevails in Sri Lanka in the name of Lord Buddha.

Nelson Mandela’s life was a shining example, showing the world, how people who are in a numerical majority can satisfy and cohabit with a numerical minority.

Such peaceful cohabitation is not at all imminent in Sri Lanka. Not only do the political leaders lack will-power to find a just and equitable solution, but also Buddhist supremacy in Sri Lanka categorically rejects any cohabitation.

During the UN World Conference Against Racism – WCAR in 2001, our organisation ‘Tamil Centre for Human Rights – TCHR’ had the opportunity to meet many Ministers of the South African cabinet and others. They visited our TCHR stall and expressed their solidarity with us. Not to forget, our stall was also visited by then Sri Lankan embassy staff in South Africa, including today’s Chief opposition Whip Lakshman Kiriella. They argued with me concerning the situation in the North and East. Kirielle told me that he was working on a solution to the Tamil Question. Now twenty-two years have passed, what has happened to that solution to the ethnic conflict?

Seventy-four years is not a short period for any serious person to reach a political solution! In other words, the rulers of Sri Lanka found ways to take the Tamils and the international community for a ride, rather than finding a political solution to the ethnic issue.

Oppression against struggles in exercise of the right to self-determination is one of the root causes of horrendous human rights violations around the world.

Article 1 (one) of both the International Covenant on Civil and Political rights – ICCPR and International Covenant on Economic and Social rights – ICESCR states that “all peoples have the right of self-determination. By virtue of that right they freely determine their political status and freely pursue their economic, social and cultural development”.

Gradually Article 1 lost its weight. It is no longer on the agenda of the Human Rights Council – HRC because all five permanent members of the Security Council – the United States, United Kingdom, France, Russia and China have their own problem concerning this Article.

In USA – the people of Alaska, Hawaii and Puerto Rico are struggling for self-determination; in the United Kingdom – the Northern Island crisis is still not resolved; Scotland and Wales are in the queue. In France – the people of Corsica and Bretagne are demanding their political rights, while in Russia and China – people of Chechnya, Tibet, Uyghur (East Turkestan) and many others are struggling for their self-determination. In such situations regarding the question of right to self-determination, International law appears to be powerless. However, a few years ago the UN gave birth to Eritrea, East-Timor and South Sudan. Of course, the birth of Kosovo was through clever diplomacy through a big power or powers.

With all these hurdles, the NGOs have been successful to a certain extent in their human rights advocacy, “Naming and shaming” the states which are violating human rights.  Some states misuse the UN procedures and have their own NGOs who are known as GONGOs (Government NGOs) in UN circles. These GONGOs not only advocate government policy, they also counter the accusations made by the genuine NGOs against states. GONGOs are indirectly funded by the governments’ agencies and they are to some extent members of espionage. Since 2012, there have been many GONGOs working on Sri Lanka in the HRC in Geneva. We face this severe problem with plants of the Sri Lankan government.

When one analyses the human smuggling of Tamils from Sri Lanka, it is obvious that the real political agenda is to decrease the Tamil population in Sri Lanka. As a first step, the police and other government forces intimidate and harass Tamils on a daily basis without any valid reason. While they face harassment, another group of business people originally from the ruling or ex-ruling parties hunt for people for human smuggling opportunities, extorting huge sums of foreign or local money. Then big shots working indirectly with government people, arrange transport and the Tamils end up in the middle of the sea and some country saves them on humanitarian grounds. This has been proved in human smuggling in where Tamils were involved. The curious question is: Why has the Sri Lankan government not paid any attention to this issue, if they consider the Tamils to be their own citizens? (End)