Political protests in Sri Lanka have intensified over recent months, with protesters’ attention focused on the ruling elite and especially former President Gotabaya Rajapaksa. He and his family have been blamed for the unprecedented economic breakdown that is causing severe hardships for the nation’s 22 million people.

On July 9, tens of thousands of protesters descended on the official residence of the president of Sri Lanka in the center of the capital city of Columbo. So centrally located is the residence that all distances from Colombo are measured, formally in miles, from the President’s House.

Protesters and onlookers swiftly overcame the security surrounding the residence before wandering around the manicured gardens and entering the palatial residence. For several days, Columbo’s citizens flocked to the house like a tourist attraction, marvelling at the lavish interiors and paintings inside and at the huge beds piled high with pillows. News reports around the world featured photos and footage of ordinary citizens cooling off in the president’s swimming pool. Many people said that they never thought they would ever have had the opportunity to visit this place. 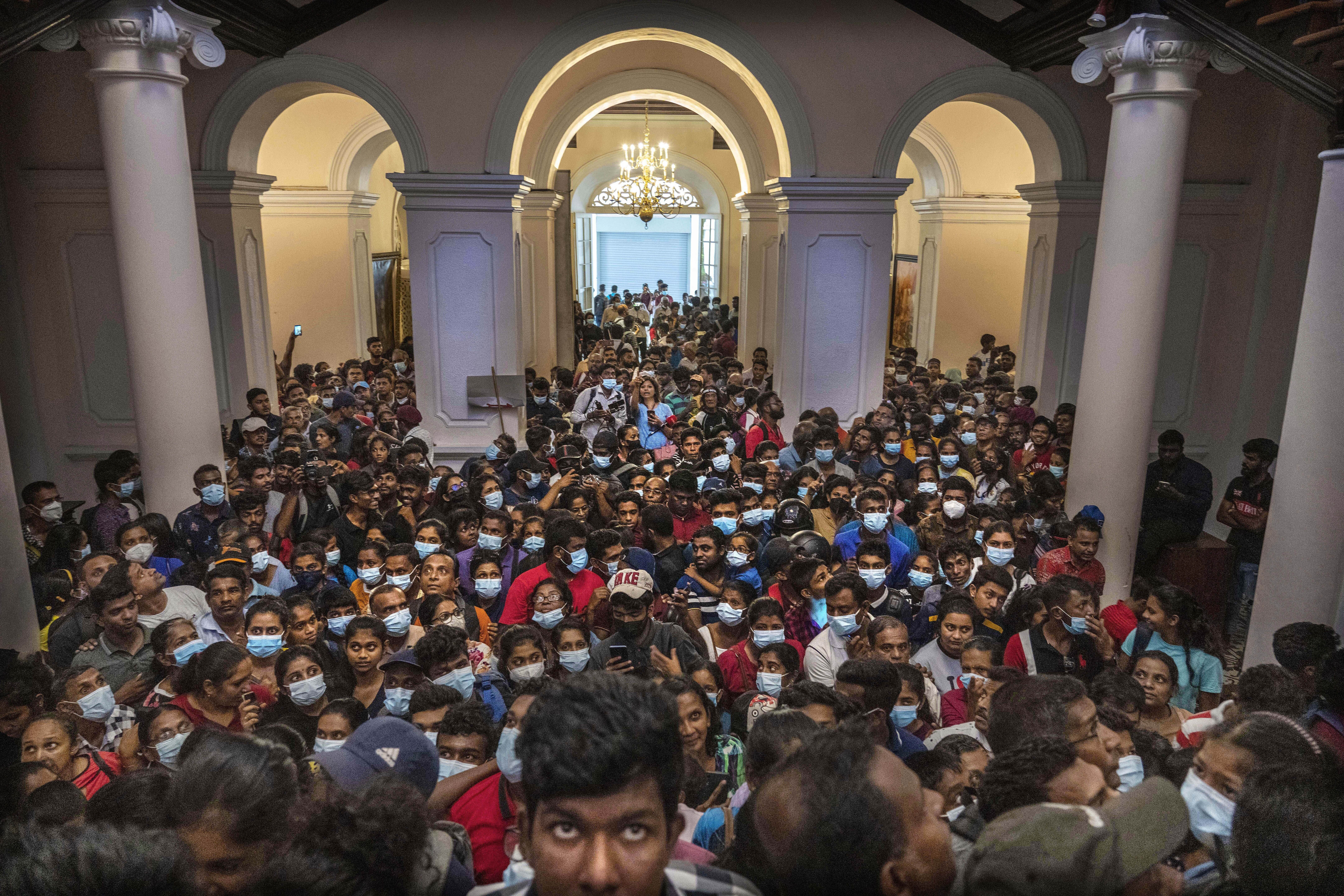 Get briefed on the story of the week, and developing stories to watch across the Asia-Pacific.

Located at Janadhipathi Mawatha in Colombo, the colonial residence is a two-story white building that dates from around the 1790s, when it was built by the last Dutch governor, Johan van Angelbeek, on the site of St. Francis Church, which had been built by the Portuguese in the 16th century. Angelbeek’s granddaughter sold the house for 10,000 pounds to the British as a residence for the governor.

Since 1804, the residence has been used by a succession of 29 British governors and six presidents of Sri Lanka. During the days of the British administration, it was known as Government House as well as “King’s House” or “Queen’s House” depending on the monarch at the time.

The 10-acre grounds surrounding the residence, known as Gordon Gardens, were laid out at his own expense during the time of Governor Sir Arthur Hamilton Gordon in honor of Queen Victoria’s Golden Jubilee celebrations in 1887. The gardens contained many species of trees and flowers, and they remained open to the public until 1980 when they were closed for security reasons. A marble statue of Queen Victoria was removed from the gardens in 2006.

When Sri Lanka became independent in 1948, the building became the official residence of the governor-general of Ceylon (as Sri Lanka was known at the time). In 1954, Queen Elizabeth II stayed at the residence with Prince Phillip, Duke of Edinburgh, during their royal visit to Ceylon. The queen was the first and only monarch of Ceylon to visit the country and the 10-day tour included a royal procession through Colombo where she opened the first session of the second Parliament.

Later in 1954, Sir Oliver Goonetilleke took up residence at Queen’s House as the first Sri Lankan to be appointed to the post of governor-general. He was replaced by William Gopallawa on March 2, 1962 who would serve as governor-general and then later as the first president of Sri Lanka in 1972. The building then became known as the President’s House as Sri Lanka became a republic. It became the official residence of the head of state, with the President’s Secretariat located at the Old Parliament Building in the capital.

The residence fell into disrepair in the 1980s and 1990s after years of neglect and underwent major refurbishments under the direction of influential Sri Lankan architect, Geoffrey Bawa. Several successive presidents of Sri Lanka used the official residence only periodically and often resided elsewhere, including the most recent inhabitant, President Gotabaya Rajapaksa. However official functions and receptions were held at the residence.

In June 2016, the President’s House was opened to the public for a week and welcomed several groups of school children, but it afforded few ordinary people with an opportunity to visit the house. That changed in July 2022, when protesters occupied the building. The house and grounds became an impromptu tourist destination for ordinary Sri Lankans, who took selfies in the opulent setting. Now the building is empty once again, with protesters having vacated after securing Rajapaksa’s resignation.

It remains to be seen what will become of the official residence in the future; however, its place in the chronological history of Sri Lanka is assured.