Home » A teardrop in Indian Ocean – The Northlines

A teardrop in Indian Ocean – The Northlines 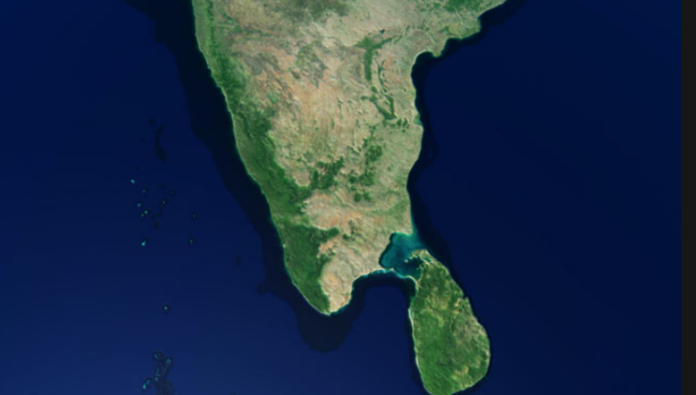 A teardrop in Indian Ocean

Over the years, Sri Lanka has gone lurching from one crisis to another, thanks to its non-inclusive ideology. India better draw its lesson in time

Sri Lanka is in a deep mess, and it’s worsening every day. Citizens have hit the streets, taking on the politicians and police alike. Their anger knows no bounds; arsoning, torching MP bungalows and their fancy cars. It is public anger against the same politicians they once cheered for and voted to power. It is understandable. Essential commodities have become unaffordable for the common man; he can’t even feed his children. One kg of powdered milk costs (Indian) `1900 and an egg costs `30. The unemployment rate keeps heading north. The tourism industry has collapsed and food grain production is abysmally low.

To put things in perspective, Sri Lanka’s GDP growth rate for 2020 was 3.57 per cent, a 5.82 per cent decline from 2019. Inflation, which may rise to a staggering 40 per cent in another couple of months, hit 29.8 per cent in April and food prices were up by 46.6 per cent year-on-year. It is not easy for people to come out in scorching heat to protest and brave police sticks and bullets. But things have come to such a pass that they see no option but to revolt. What began as an economic crisis is now a full-blown national crisis, which not even the national emergency can control.

Economists would have us believe that economic mismanagement has led to this crisis, that the Government relied on only one sector. That is partly true. Nonetheless, it was always a political crisis, a polity that was non-inclusive and always discriminated against its own people. It was economic mismanagement but the country’s fixation with majoritarianism is mainly to blame. What Sri Lanka set out to do was bound to have such results. This dangerous ideology which has been a hallmark of Sri Lankan politics has got it lurching from one crisis to another. Peace in the land of Buddhism is at a premium. The same thing is finding resonance in our own country, too. There is total disregard for the values and philosophies of minorities, who have been living here for ages.

Sri Lanka’s woes started way back in the 1980s when it started alienating Tamils and stripping them of basic rights. The 26-year-long civil war, in which the Sinhalese Government defeated LTTE, drained it. Gross war crimes killed Tamil civilians in large numbers (UN puts this figure at 70,000). Though the Tamil resistance died, the Lankan Government’s problems were just getting started. Its economy shattered. International travellers shied away from it, bleeding its tourism industry. To make the loss good, Sri Lanka tilted towards China for support and got it for strategic reasons. The ‘generous’ Chinese became one of the biggest curses for the island nation. The people in power made a killing, buying properties and luxury cars with the Chinese cut money. Meanwhile, debts kept mounting and unrest kept growing. The economy dwindled and hardships for people became unbearable.

Then the Government played a time-tested ploy of a pure Buddhist State. It started persecuting minorities to garner majority support. To deflect people’s attention, it started persecuting the Tamils, Muslims and Christians; it destroyed Hindu temples and built Buddhist temples over them. It banned ‘halal’ meat, and abducted and beat up pastors. The war criminals had immunity; they were given plum Government posts. All this happened while corruption in high places mushroomed. The oblivious people drenched in hate-mongering danced on the streets when Muslims were lynched and churches were stoned. In 2019, people voted Gotabaya Rajapaksa as President. Despite allegations of war crimes, he was made the presidential candidate of the Opposition nationalist Sri Lanka Podujana Peramuna (SLPP) party and won. The Rajapaksa brothers, Gotabaya and Mahinda, were at the helm during the peak of LTTE war in 2009. They defeated the Tamil Tigers in the civil war but were also responsible for genocide. The writing was on the wall.

Besides, interesting shadow boxing goes on in the Lankan Parliament. Sirisena and Wickremesinghe, who have been at loggerheads, have blamed each other for failing to stop the attacks on churches and luxury hotels. People in the Indian subcontinent share the same DNA. They are emotional; they take their religion and traditions seriously. They are naive if someone manipulates them in the name of religion.

Look at it in your rear-view mirror; the Lankan story could well be an Indian story. While hardships are mounting and gross economic mismanagement leads to hardships, people are busy with Hindu-Muslim clashes. With inflation, rising unemployment, FDI withdrawals, or falling Rupee and GDP, we may not be very far from Sri Lanka. Today no one is having the last laugh; victims and victimisers both cannot buy even medicines and food!

To deflect attention, we have “fringe elements” on the centre stage who are doing their best to malign our country’s image abroad and telling their followers that it’s time of Hindu resurgence. Never mind rising prices or your jobless son, these are small sacrifices for a larger cause! You don’t have to be a genius to figure it out: Replace Buddhism with Hindutva, Tamils with Muslims, and you can see the path we are treading.

(The writer is a columnist and documentary filmmaker. The views expressed are personal.)