During the meeting, President Erdoğan extended his greetings to President of the Democratic Socialist Republic of Sri Lanka Ranil Wickremasinghe. He further recalled Sri Lanka’s long standing bilateral relations with Türkiye with connections dating back to around 09th Century during the Ottoman Empire. He noted that first formal relations began with the Ottoman Empire appointing an Honorary Consul to Sri Lanka in 1864 with residence in Galle.

President Erdoğan also recalled his visit to Sri Lanka in 2005 as the then Prime Minister of Türkiye and noted the humanitarian assistance extended by the Government of Türkiye to Sri Lanka as well as the donation of medical supply to Sri Lanka in August 2022. He expressed his pleasure on the continuous support for the operation of Turkish Airlines in Sri Lanka stating that during the COVID-19 pandemic, Turkish Airlines was one of the few airlines that continued its services between Istanbul and Colombo. 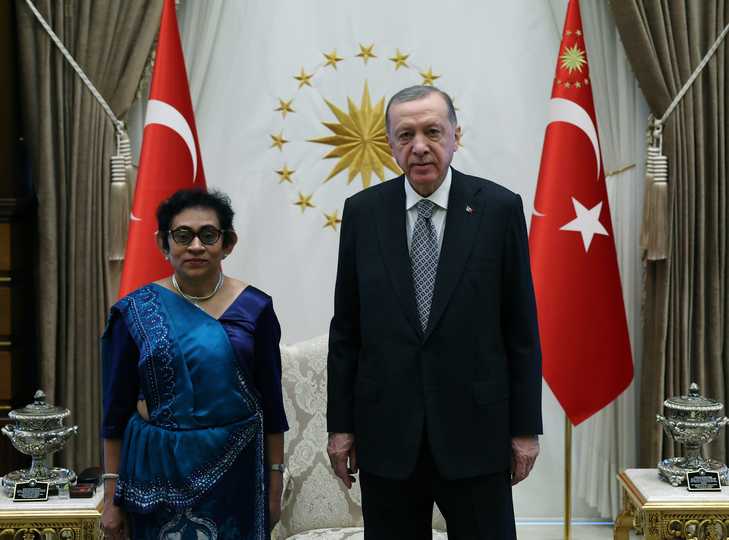 Ambassador Dissanayake thanked President Erdoğan for his remarks and stated that as a senior career diplomat, and being mandated by the President of Sri Lanka, she remains firmly committed to further strengthen the longstanding and cordial bilateral relations between the two countries. She also thanked the President and the Government of Türkiye for supporting Sri Lanka at the UNHRC, Geneva.

The Ambassador also briefed President Erdoğan on Sri Lanka’s current economic and political situation and assured that to her utmost ability, she remains committed to promote historical relations for the mutual benefit of both countries.

Ambassador Dissanayake expressed inspirations she has drawn from the visionary founding father of the Republic of Türkiye, Mustafa Kemal Ataturk who modernized the nation with secular, pluralist democratic features, which is a part of the “Kemalist” ideology, that led to the empowerment of women as a pre-requisite for development.

Considering the visionary leadership of Veteran Mustafa Kemal Ataturk in transforming the country in to a modern state with emancipation of all its citizenry including women, revamping the justice and legal system to bring fairness to all, which is indeed a global inspiration.  Ambassador Dissanayake further stated that this has also been the commonality of the shared vision of the two countries during its longstanding friendship. She specified that 2023 is a very significant year for both countries individually and for the bilateral relations of the two countries with Türkiye celebrating its 100th Anniversary of Independence and Sri Lanka celebrating its 75th Anniversary of Independence. Sri Lanka and Türkiye will be celebrating the 75th Anniversary of established Diplomatic relations. 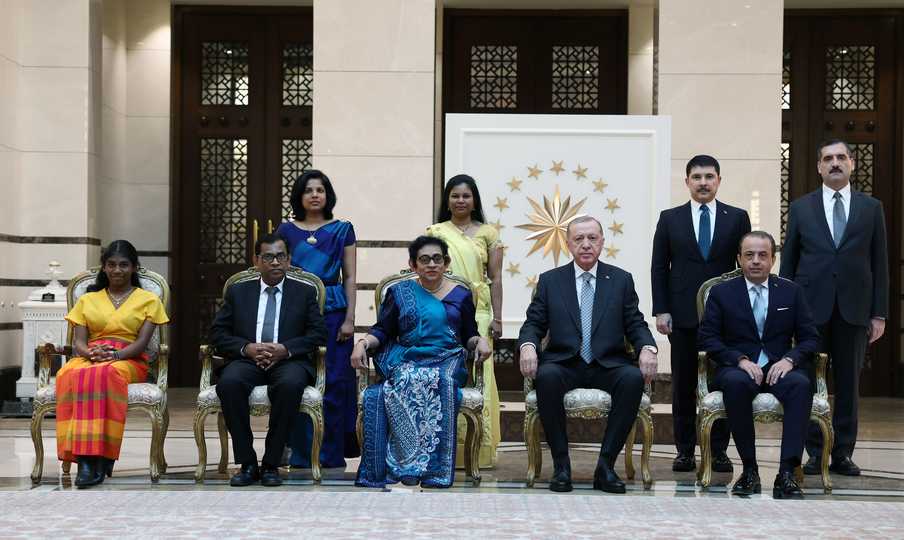 The Ambassador congratulated President Erdoğan on his initiatives on climate and environment, including the commitment to host the 16th Conference of Parties of the UN Convention on Biological Diversity in 2023, global Zero Waste initiative and the announcement of the world’s largest wave energy project. Türkiye’s soft diplomacy skills in facilitating the Black Sea Grain Deal and the fact that the country is hosting 3.6 million Syrian refugees and 400,000 other refugees were much appreciated.

The need to conclude bilateral agreements on investment promotion and protection, avoidance of double taxation and customs matters were noted as key areas of collaboration for enhancing bilateral investment and trade. Increasing cooperation in education, culture, technology, energy and tourism sectors were also discussed.

In the sphere of cultural exchange it was also noted that the 02 novels of Nobel Literature Laureate OrhanPamuk, the Turkish Novelist, screenwriter, academic, has been translated to Sinhalese by a fellow Sri Lanka Foreign Service Officer, Niluka Kadurugamuwa, currently serving as the Deputy High Commissioner at the Sri Lanka High Commission in New Delhi, India.

Ambassador Dissanayake also stated that she is closely collaborating with the Turkish Ambassador in Colombo and Turkish Airlines on a range of economic cooperation activities and that she is looking forward to holding the 3rd Session of the bilateral Economic and Technical Cooperation in Ankara. 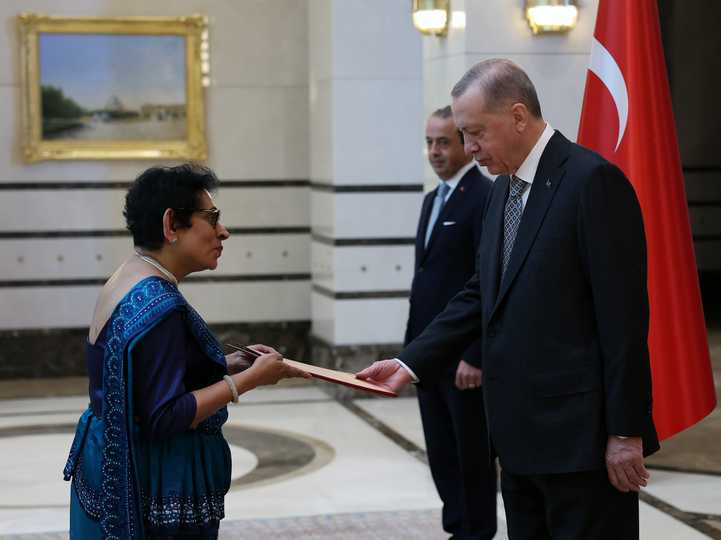 Ambassador Saranya Hasanthi Urugodawatte Dissanayake joined the Sri Lanka Foreign Service in 1996 and has previously served as the Ambassador of Sri Lanka in Viet Nam, Consul General in Shanghai, and other diplomatic postings in Japan, Sweden and Italy.

Prior to her appointment as the Ambassador of Sri Lanka to the Republic of Türkiye, she was the Additional Secretary for Ocean Affairs, Climate Change and Environment at the Ministry of Foreign Affairs, Sri Lanka.

She is married and has one daughter.