Home » Amendments to Sport Law: Path to success or disaster?

Amendments to Sport Law: Path to success or disaster?

Centralising powers with the Sports Minister, the Sports Ministry has introduced a series of intrusive and restrictive regulations compromising the autonomy and independence of registered national sports bodies in the country. These changes came into effect on December 14, 2022, and see many current officials being barred from contesting at elections next year due to a term-limit and age-limit introduced. 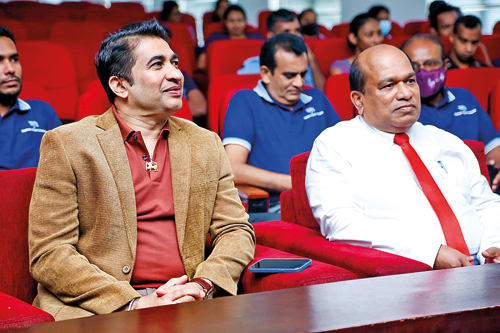 Under the new regulations, no one over the age of 70 is eligible to contest elections. Also ruled out are those who have completed four two year terms in office, those who have been found guilty of corruption and financial irregularities, those with dual citizenship, Sports Ministry officials and those who failed to declare their assets and liabilities for three years before the nominations.

However, the Minister has retained full powers to overrule all of the above under “special circumstances”—a clause viewed as detrimental to the development of sports in the country.

“We took this clause out as it was viewed as a direct influence on the independence and autonomy of sports bodies by the International Olympic Committee (IOC) and other international bodies and we are going backward now. This is really a depressing situation,” said Keerthinanda, who was behind several regulations introduced in the past.

According to him, this will lead to a culture of impunity with sports administrators going behind politicians to hold office.

Separately, associations argue that the regulations are not only a violation of human rights, they are a direct interference in the affairs of voluntary, non-profit and mostly self-financing sports bodies. They say it discourages volunteerism.

The regulations have effectively limited the term of a president to a maximum of two two-year terms in all sports associations other than the National Olympic Committee (NOC). NOC President, Secretary General and Treasurer can hold office for a maximum of two four-year terms.

This is in violation of the Olympic Charter and the governing statutes of most of the international sports bodies which put no restriction on term of office and is likely to be condemned.

In 2013, Sri Lanka agreed in principle to review its archaic sports law to make it compatible with the basic principles that govern the Olympic Movement. The IOC has repeatedly warned of repercussions if Sri Lanka fails to introduce changes to minimise political interference, and to safeguard the autonomy and independence of sports associations.

However, after years of repeated calls by the IOC, Sri Lanka came up with a new amendment that removed some of the major intrusive elements. They have now been reintroduced through the regulations promulgated this week.

On the plus side, the regulations have amended the voting structures of sporting bodies with each district, provincial, clubs and other associations only getting one vote at an election of office bearers at their respective national sports body.