Attorney-at-Law Suri Ramanathan raised strong concerns over the silence of the Bar Association of Sri Lanka (BASL) pertaining to a complaint he had lodged about six months ago accusing Attorney-at-Law S.D. Yogendra of notarial misconduct.

In a letter addressed to the President of the BASL, Mr. Ramanathan stressed that in BASL’s stance to root out members who are wrong doers, he observes poor governance regarding the matter of his complaint, urging the body to pay immediate attention.

Six months had passed since BASL accepted my submission (BASL receipt number 3103, dated 27 June 2022, duly attached) sent by registered post by a member of my legal team Mr. Sapumal Bandara. It took me a decade to send this complaint as it became clear to me the extent of the malpractice not only did not recede but continues to get worse. I was hoping my complaint will be addressed with due process and relatively quickly as is the global norm. Whilst I am aware of the recent politico-economic challenges in Sri Lanka, I am not aware that it is any different to other countries in the world, I am also not aware that a National Professional Body loses its direction granted to self regulate itself by events external to its purpose.

With due humility to your office as President, I write to you to seek immediate attention to the poor governance regarding the matter of my complaint. I also attach a copy of the document lodged for your ease. If you require any further information, I am happy to instruct Mr. Bandra to assist.

Being elected by the legal profession in Sri Lanka, I take it for granted that you will not need me to say much about the essence of a strong legal profession, as a foundation for a society, a country to operate and indeed build its hopes on.  Suffice to say that Justice is a process of bringing private and public interests together in a pragmatic way. The essence of this process of justice, the best in class and espoused by many jurisdictions, is timeliness. As Justice delayed is Justice denied.

In my wider case, I will be pursuing them relying on the due processes of established laws in Sri Lanka, but you and your organisation are the only one that can investigate my complaint of the long shadow over time of unbelievably poor ethics, where justice has been continually denied to me by a member of your profession. Given my experience, I fear and speculate that my “missing file” may also be part of the long list of strangulation of the oath of truth that this attorney undertakes as the nub of the way he practices the license granted to him to operate.

I am also relying that BASL stands to root out members who are wrong doers, who bring disrepute to its membership by a process that delivers more than a minor slap but dis-enrolling permanently or even for a very very long period, sending a message to its members who celebrate their oath daily and professionally who deserve not to be sullied by scum. If found guilty of severe malpractice, a mere slap will be mockery of justice. In most professions globally, they counsel their errant members to seek another profession or , if older, to retire to save face thereby withdrawing the license to commit further larceny. I am assuming that you and your committee may have pragmatic measures already in place.

Will you help bring justice to me, by investigating my complaint against S.D. Yogendra, at the Bar Council’s earliest possible date ? 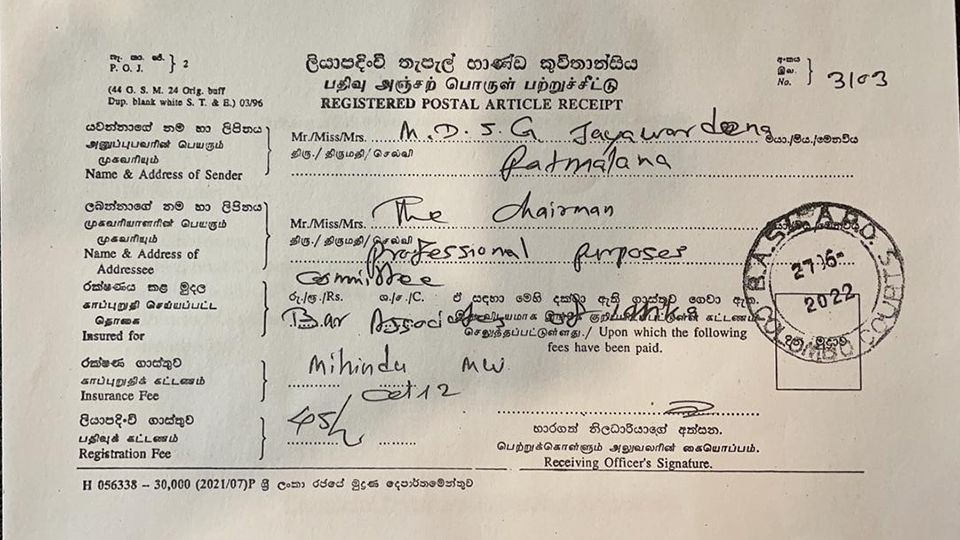 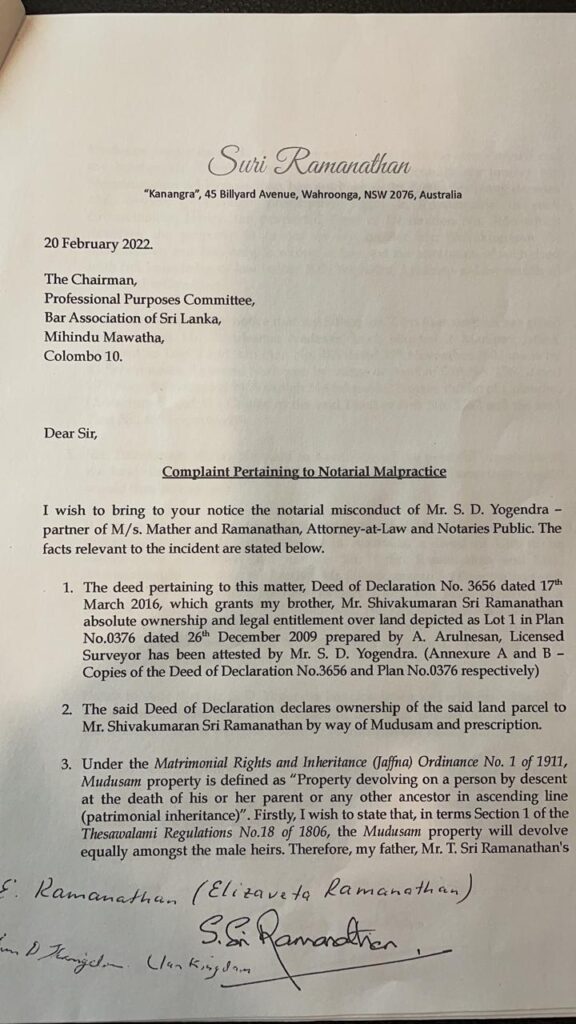 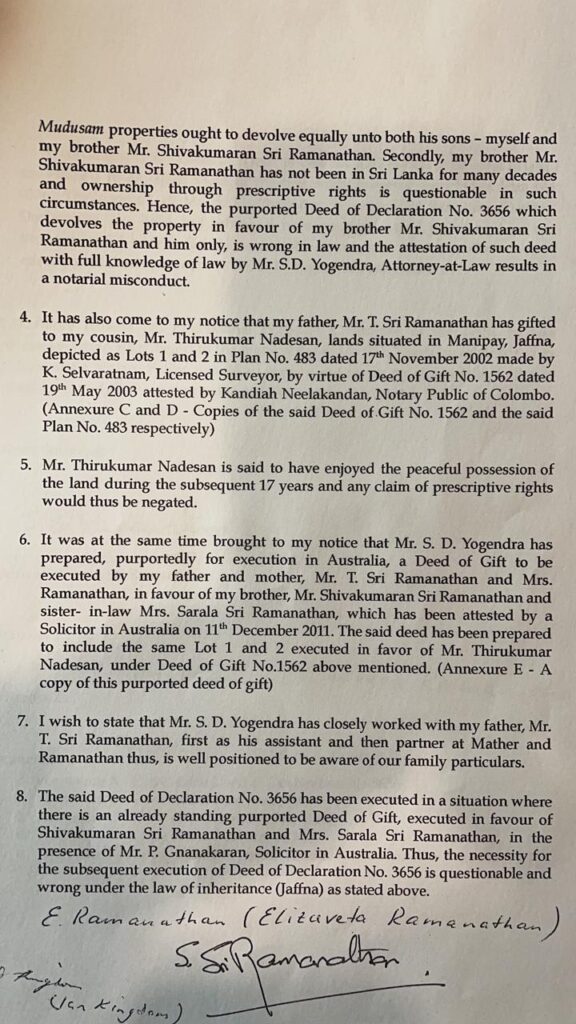 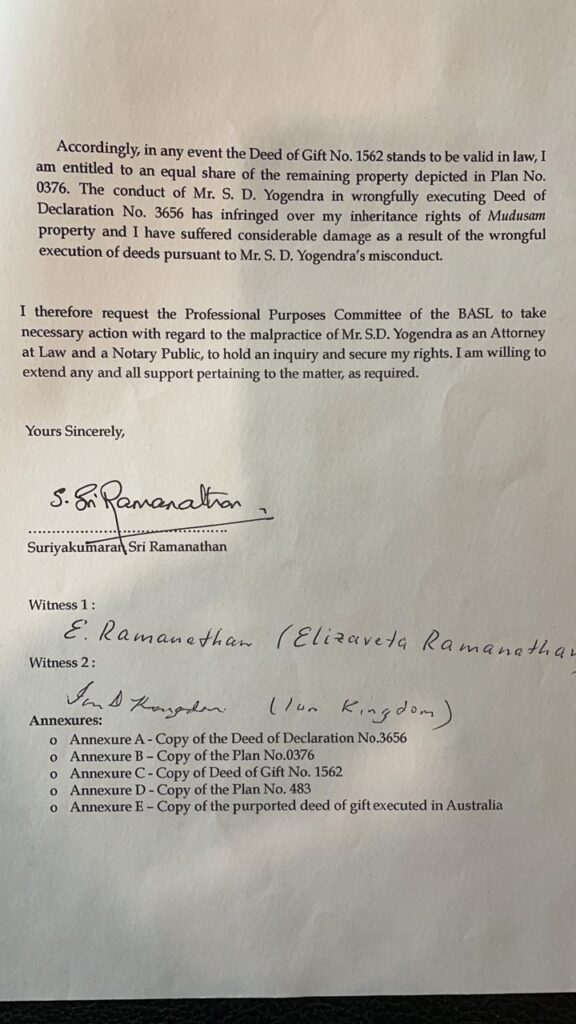