The Booker Prize 2022 judges delivered a final surprise by giving the prestigious £50,000 award to the Sri Lankan writer Shehan Karunatilaka for his magical realist second novel The Seven Moons of Maali Almeida.

Critics had tipped the Irish novelist Claire Keegan to take the prize for Small Things Like These, while long-time admirers of 88-year-old Alan Garner had hoped it would be his year with Treacle Walker. Others, like me, wanted it to go to the American Percival Everett for The Trees. NoViolet Bulawayo’s Glory and Oh William! by Elizabeth Strout also had their supporters.

But after reading 170 novels and whittling them down to a final six – that made for an electrifying shortlist – the judges opted for an unlikely winner in Karunatilaka whose novel is published by the small independent press Sort Of Books.

The Seven Moons of Maali Almeida is set in the 90s, at the height of Sri Lanka’s bloody civil war. It is narrated in the second person “you” voice by its eponymous protagonist who, at the beginning, wakes up dead. Maali, a gay photographer who claims to have taken shocking photographs that have the potential to bring down Sri Lanka’s corrupt government, believes he has been murdered by a death squad.

Maali exists in “the in-between” – dead but not yet in the afterlife – where he has seven moons to find out what happened to him. Maali watches his family grieving, coming up against corrupt police, as the novel roams widely to what Karunatilaka has called “the dark heart of the world.” 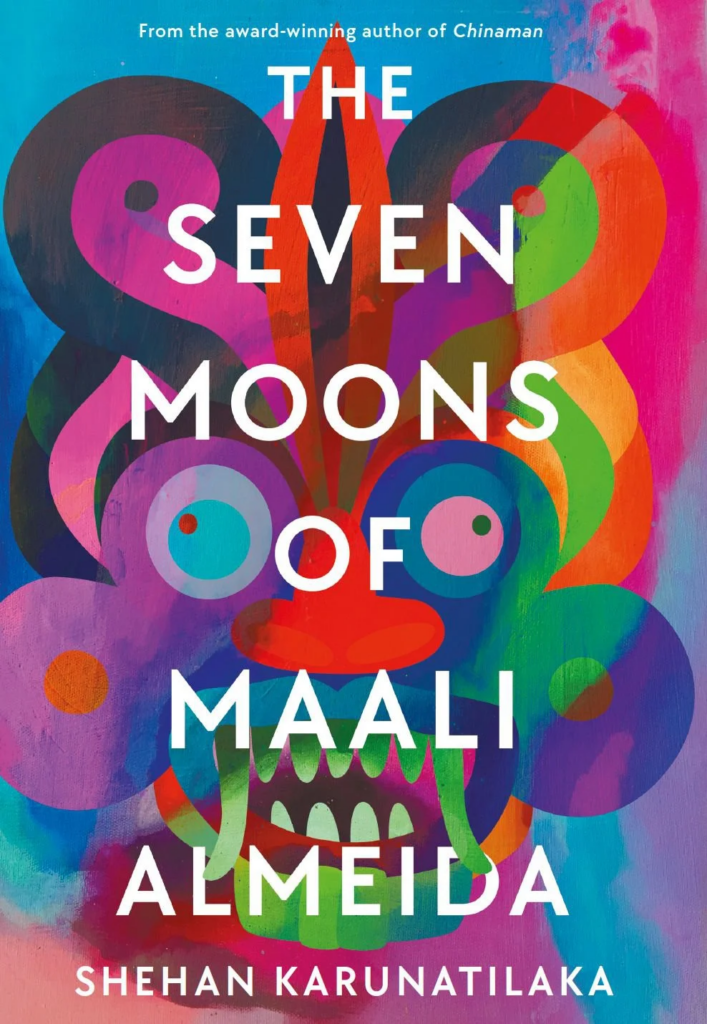 Born in 1975, Karunatilaka won the Commonwealth Prize for his debut novel Chinaman (2011), a clever chronicle of Sri Lankan history through the prism of cricket. He is the second Sri Lankan-born author to win the Booker Prize after Michael Ondaatje for The English Patient in 1992.

I found The Seven Moons of Maali Almeida’s first 50 pages overwritten and self-conscious but it settled into a more confident tone and Karunatilaka’s evocation of the Colombo underworld, and a country teeming with ghosts, haunted me for weeks.

The chair of the Booker Prize judges Neil MacGregor said the novel “takes the reader on a rollercoaster journey through life and death… and there the reader finds to her surprise joy, tenderness, love and loyalty”.

He called it “a book that will go on being read and is worth rereading”.

Time will tell whether the first part of that statement is accurate, but the second part is undoubtedly true.