The most intimate encounter that Junayd ul Islam had with the British royal family was when the late Queen Elizabeth II visited the hospital where he had just been born.

“I am often reminded of this by my mother,” Junayd, who is now an undergraduate student in Natural Sciences at University College London, told Al Jazeera.

“Nothing could have prepared my somewhat-confused mother for this visit by the queen to commemorate the monarch’s golden jubilee,” he said.

The royal family has been a regular fixture of British society, and the country’s 2.5 million Muslims are not immune to their influence.

“No matter who you are or what you do, you will find the British monarchy entering your consciousness,” Junayd added while contemplating the recent passing of Queen Elizabeth II.

The death of the country’s longest-reigning sovereign has elicited widespread interest but mixed reactions from the population.

Elizabeth inherited the crown in 1952 after the death of her father, King George VI, and oversaw the accelerated unravelling of the British empire overseas.

During her term as nominal head of state, 15 prime ministers took charge of the United Kingdom, and she is often described in the popular media as “the rock around which modern Britain was built”.

While some see the royal family as a vital anchor around which the country coalesces through prosperous as well as tough times, others find it to be an outdated relic of vanity and a reminder of Britain’s horrific colonial past.

“The colonial legacy that the (late queen) represented has had an enduring impact while she directly benefitted from that same legacy,” Aqsa Ahmed, who studies history at London’s School of Oriental and African Studies and works in the education sector, told Al Jazeera.

Aqsa believes that the “queen lived an extremely privileged life in comparison to most of the country and even the world”.

Shaahid Ashraff, who studies medicine at University College London and traces his family’s origins to the formerly colonised Sri Lanka, finds an ambivalence in the attitude of his family towards the British empire.

“There is no significant passion for or against the British empire,” Shaahid told Al Jazeera.

Although he adds that there is a sentiment of pride attached to Sri Lanka gaining independence from Britain.

On a more personal level, Shaahid finds the event of the queen’s death to be emotionally inconsequential.

“Emotionally, this does not affect me too much. However, I understand the historical significance of the event,” Aqsa mirrored Shaahid’s sentiment.

“From a social perspective, while the event is intriguing, I never idolised the queen,” Aqsa added. “To me, personally, she never really represented anything.” 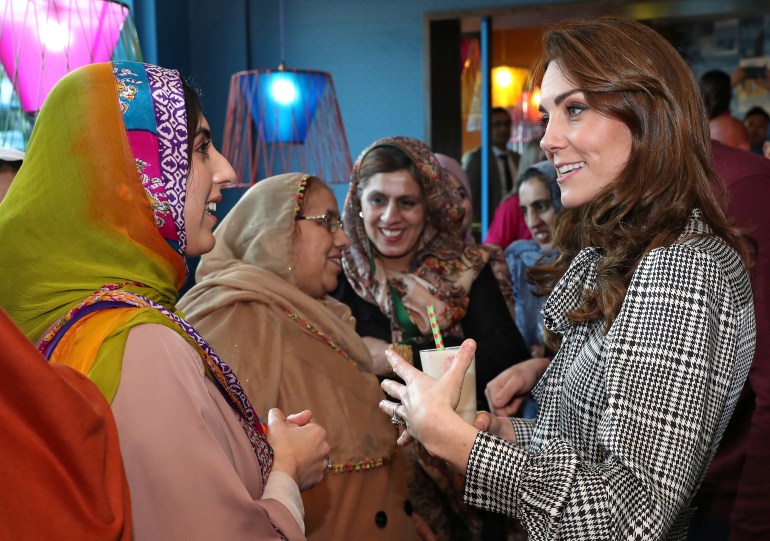 For Zara Mohammed, the secretary general of the Muslim Council of Britain, one of the country’s largest and most powerful organisations for Muslims, the late queen was representative of devotion to public service and interfaith unity.

“Her Majesty’s reign saw extraordinary change in our country. Over seven decades (of her reign), the United Kingdom has seen itself transformed into a multicultural and multi-faith society,” Zara said in a statement.

However, the anti-Muslim prejudice in Britain has seen a surge, with a recent survey by the University of Birmingham describing the country’s large Muslim population as one of the “least liked” population groups.

For many British Muslims, including Shaahid Ashraff, the country remains a haven for freely practising Islam.

“Compared to my experiences in other Western countries, including the majority of mainland Europe and Australia, I have found Britain to be safest to practice my religion,” Shaahid said. “I would not hesitate to pull out a prayer mat in a public park.”

When asked about the new King Charles III affirming the vitality of the Christian faith during his reign, Shaahid and Junayd agree that it will not dent Britain’s commitment towards embracing religious diversity.

“The new king has shown an impressive interest in Islam and openness to learn,” Junaid said. “The responsibility also falls upon us to open the drawbridge and embrace him with open arms.”

While describing Queen Elizabeth II’s late husband Philip as explicitly “racist”, Aqsa Ahmed, however, said that the controversy surrounding Megan Markle, a non-white woman who married one of the queen’s grandchildren, Prince Harry, was an example of the outdated nature of the British monarchy.

“The hysteria surrounding the marriage of a non-white woman into the royal family is itself a statement on the institution’s outdated nature,” he said.

Within the British Muslim community, there seems to be a widespread consensus of admiration on the issue of the late Princess Diana, the former wife of the current king.

“The only way that the monarchy did feature in our home was in adoration for Princess Diana,” Karim Shah, an Emmy-award-winning filmmaker, told Al Jazeera.

Diana is often seen as a tragic figure who tried to challenge the strict norms of the royal family.

Both Aqsa Ahmed and Shaahid Ashraf recall their families’ positive impressions of the late princess, who died in a car accident in 1997.

“Within my family, I remember a lot of critique directed towards the late queen for how she handled [the events surrounding Diana]”, Aqsa recalled.

As the country entered a sustained period of mourning, the Muslim communities also remained sensitive and aware of the general feelings surrounding the event.

“Now is the time to offer condolences and look for what unites us rather than divides us,” Junayd said.