Home » Central Bank Independence for whom?

Central Bank Independence for whom?

IMF must accelerate the Board approval to release the first tranche of $500 million without pushing for CBSL independence. Other than Nandalal Weerasinghe no one else wants greater independence given to CBSL. Seriously look at the knowledge  of state officials  on international  trade and exports and impact of it.  Everyone blames politicians  only. As Dr Harsha recently pointed out the data available  in this country  is not correct  in any sector  and they do not do data analytics  at all. For example CBSL Governor without the approval parliament made the country to default . The consequences of that decision is far worse than LTTE dropping bombshells in Colombo and destroying the Airport. So he says he does not have independence? He is doing as he pleases  with no consequences ably supported by Coomraswamy, and even the executive President is watching in silence as the man does what ever he wants with no consequences and accountability . So the IMF wants to give him more independence? Unfortunately IMF thinks we are a bunch of idiots because we acted like idiots during the GotabayaR Regime?

Inflation is not the problem we have today. To raise interest rates by 100% and destroy the private sector. When history is written it will be said that this is the stupidest decision we took next to the soft default ? What kind of business can you run by borrowing at 32% , only a brothel or undertakers.   What is our real problem. We have run out of Dollars. Why did we run out of dollars? Why do we have huge rupee and dollar debt ? Why did we continuously borrow? Even after the default, why are we going behind lenders and begging for more loans ? Because we are a nation of consumers, not a nation of producers! We are a population of 22 million consuming more than we are generating ( or producing ) . Obviously, if you spend more than you earn, you end up borrowing!

Inflation will get rid of this anomaly. Inflation will push people to be productive to survive. Inflation will adjust the prices of goods and services and will demand consumers to pay the cost of their consumption, by themselves. Inflation will ensure that by running a three wheeler, wayside boutique shop, or small salon/spa, an individual cannot maintain a family. In short, inflation will demand you be more productive, or perish! Inflation shall be addressed by productivity and not by adjusting the policy rates. CBSL’s usage of CCPI as a the main indicator is incorrect because it includes food and fuel, whereas the Core CPI used by the Fed excludes these two. Also CCPI is a lagging indicator – if it has come down in October and November – it is showing the ground situation as at July. Unless CBSL starts reducing rates, we will end up in a severe recession and defaulting on Rupees..What we must implement is more productivity focused economic policies and not consumer based policies. 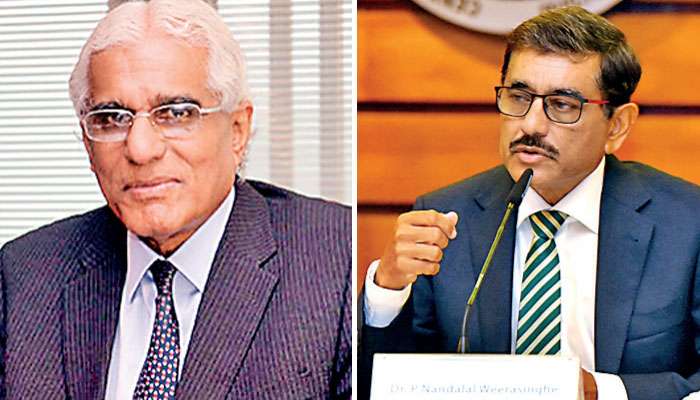 No friendly country or lending institution shall lend money to Sri Lanka to re-implement or maintain this unproductive, subsidized society. Because if they do, these lenders will also not get their money back and the country will declare bankruptcy again in a few more years! Lenders including IMF must insist that no imported goods , including fertilizer and fuel shall ever be subsidized. They must insist that the dolling out of money by way of various other subsidy schemes be stoped. They must insist that retirement age of all government employees must be at 60 years and not 65! Lenders must demand that loss making government business ventures be shut down or to privatized. Don’t lend us to defend our currency artificially. “ also we need to prosecute the plunderers.

We need to wake up, not only to chase these political vultures and incompetent bureaucrats away, but also to change ourselves, our attitudes, and our society. With electricity tariffs going up by 100% , taxes doubling and interest rates not getting reduced because of the adamance of Weerasinghe the President could soon have a serious Aragalaya on his hands fueled by hunger and a desperate power hungry opposition . 2023 is certainly not looking good for Sri Lanka, and all what CBSL wants is independence. Well and good if people are held accountable for their actions!