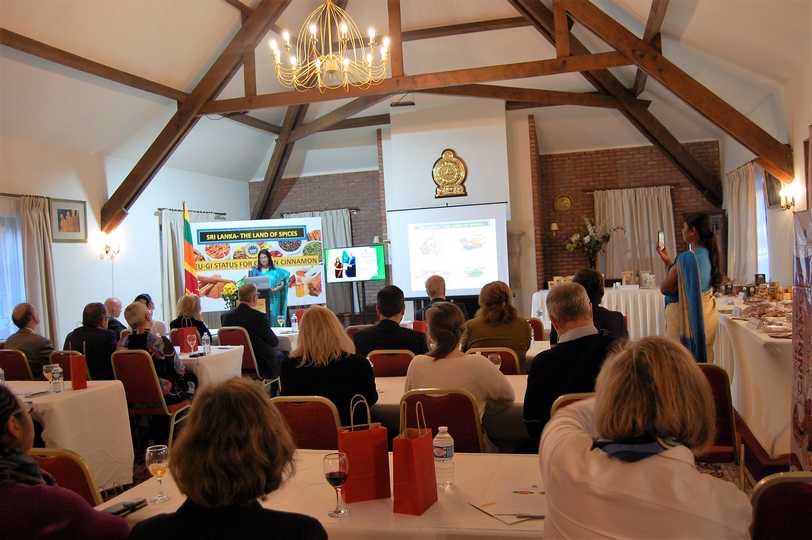 Director, International Affairs of the Directorate General for Agriculture and Rural Development (DG AGRI) of the European Commission, John Clarke, who handles the PGI status for products, attended as a special guest. The objective of the event was to create awareness of the Ceylon Cinnamon with PGI status, which has been recognized as true cinnamon of high quality in the world cinnamon market. The European region largely uses Cinnamon Cassia, which is a cheaper substitute for Ceylon Cinnamon. 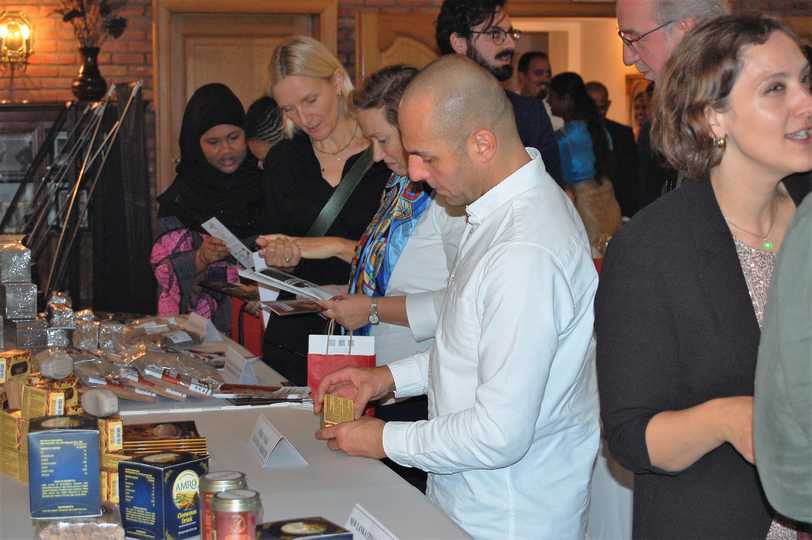 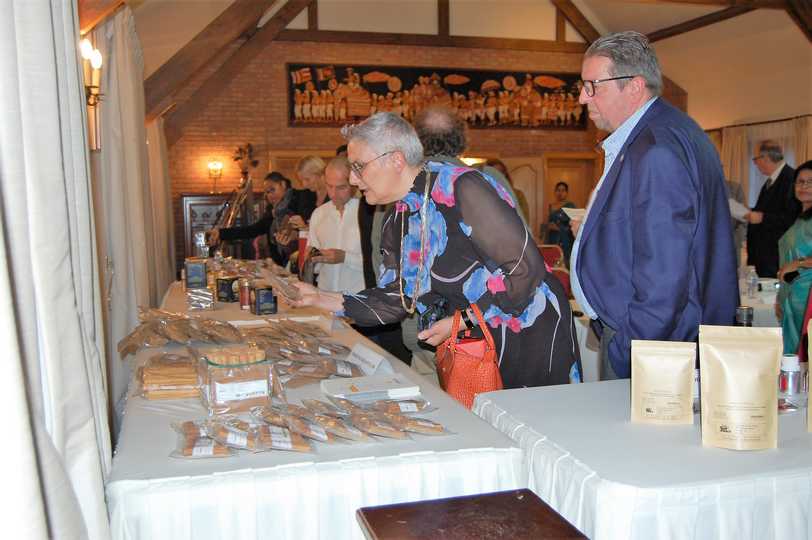 The highlight of the Ambassador’s presentation was the detailed explanation of the differences between Ceylon Cinnamon and Cinnamon Cassia, stressing Ceylon Cinnamon’s high quality, distinctive production process, unique flavor and aroma, slender-thickness of cinnamon quills, delicate taste and properties that contribute to many health benefits, and the important characteristic of the ultra-low level of coumarin, which makes it a healthier choice for consumers. In his address to the gathering, Director John Clarke congratulated Sri Lanka and appreciated the efforts being made to make maximum use of PGI status to increase exports of Ceylon Cinnamon to the EU region. 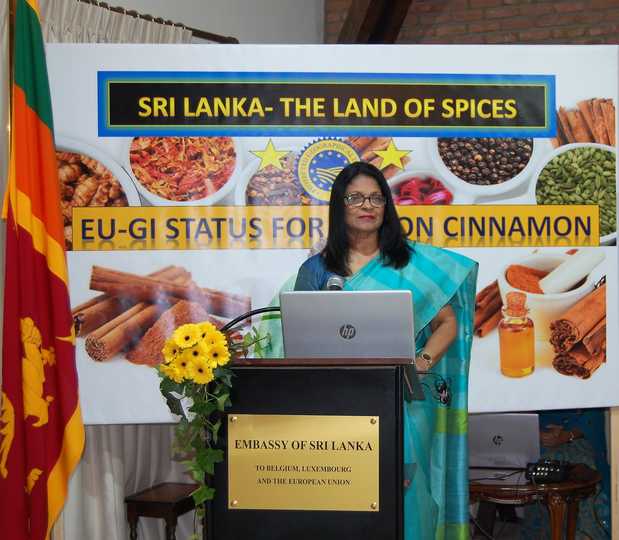 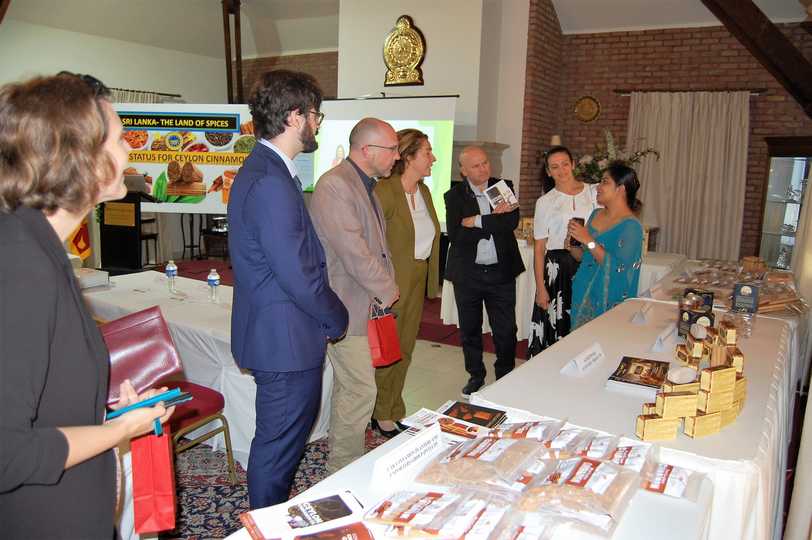 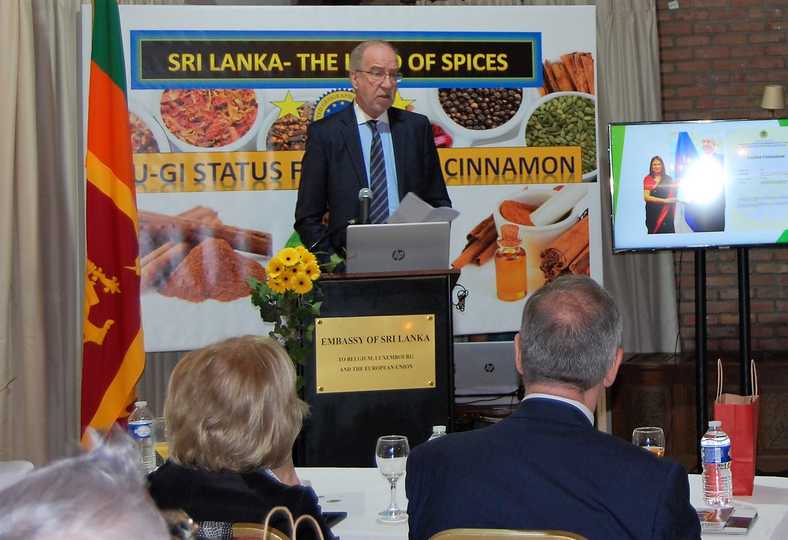