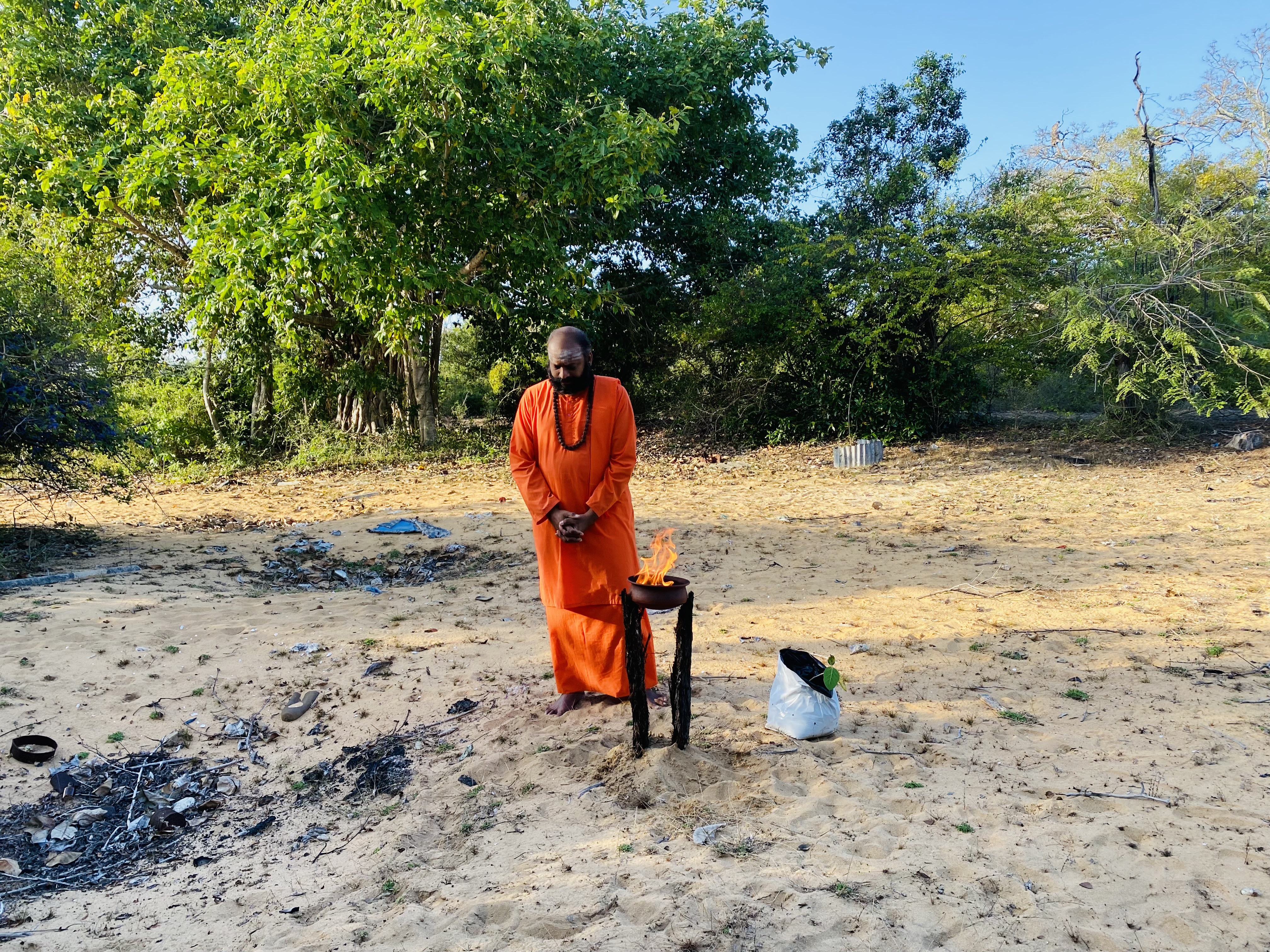 In May 2021, Velan Swamigal defied the Sri Lankan military's crackdown to hold a vigil in honour of those killed in the Mullivaikkal massacre

Speaking to the Tamil Guardian in New York last week, Tamil civil society leader and human rights activist, Velan Swamigal reiterated his call to the international community and India to support a referendum in Tamil Eelam, so that Tamils on the island could determine their own political future.

“As far as our political conflict is concerned, now we are looking for a permanent political solution - [...] a referendum,” he said.

He went on to highlight how support from India and Tamil Nadu in particular was crucial for Tamils of the North-East.

“Our main demand is to have a referendum in Tamil Eelam which should be conducted and monitored by the international community,” he added.

“India may take a leadership role in that [...] We expect support from the Tamil Nadu Tamils." 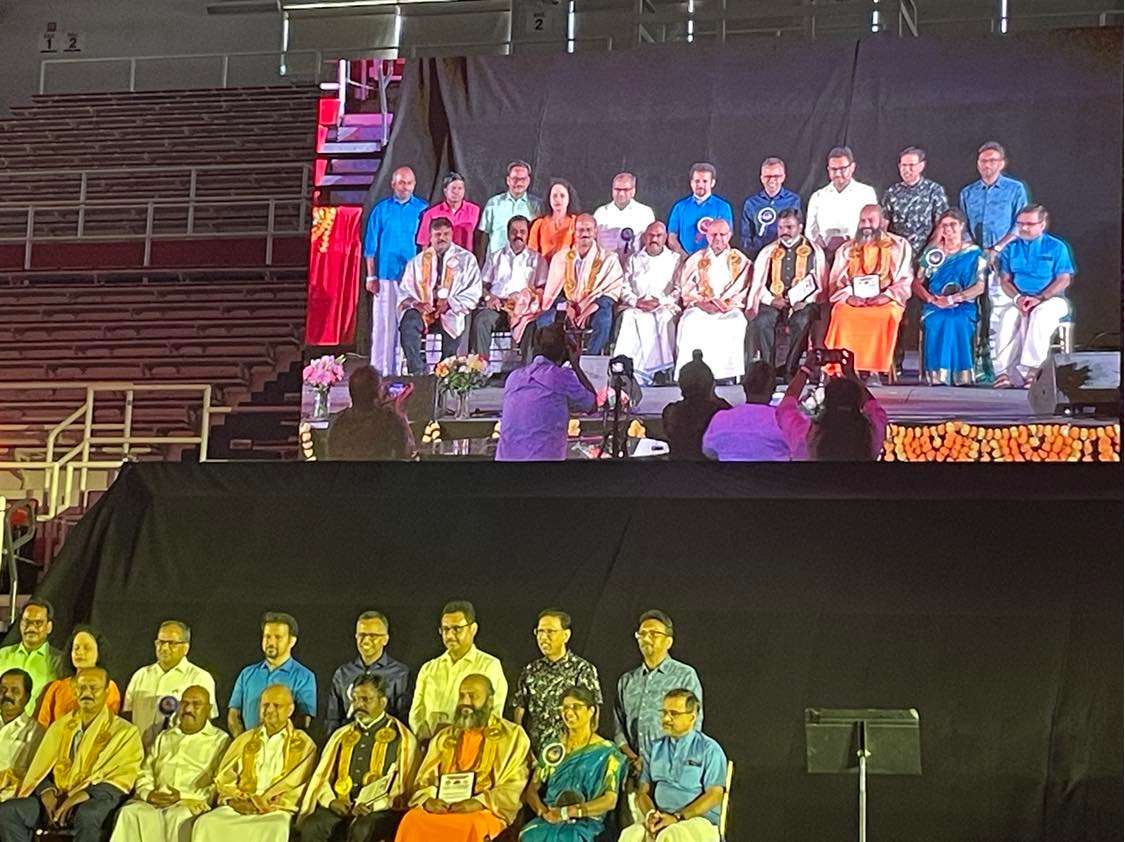 Prominent Tamil Nadu politicians, Eelam Tamil activists, and members of the global Tamil diaspora were present at the conference.

Velan Swamigal was speaking to the Tamil Guardian on the sidelines of the 35th annual FeTNA Conference. Thousands of people from around the world attended the Federation of Tamil Sangams of North America (FeTNA) summit in New York, as it met for a 35th year. FeTNA is an umbrella organization of over sixty different member Tamil Sangams from across North America, which has been meeting annually since its inception in 1987.

The civil society leader has been heavily involved in Eelam Tamil liberation advocacy. In February 2021, Swamigal headed the Pottuvil-to-Polikandy march. Tamils and Muslims in the North-East mobilised en-masse to begin a peaceful march from Pottuvil in Amparai to Polikandy in Jaffna, two points delineating the furthest ends of the traditional Tamil homeland, in defiance of numerous court orders. 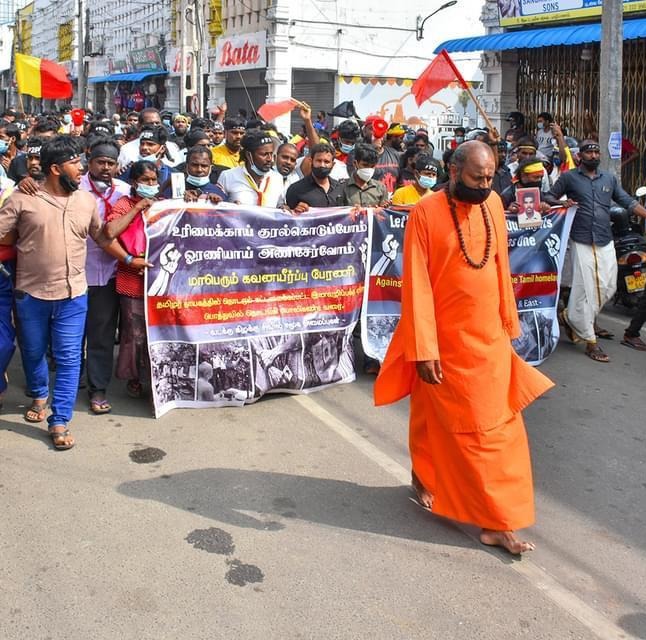 Their aim was to raise awareness of the plight of Tamils and Muslims on the island and to call upon the UN and the international community to heed Tamil calls for justice and accountability. 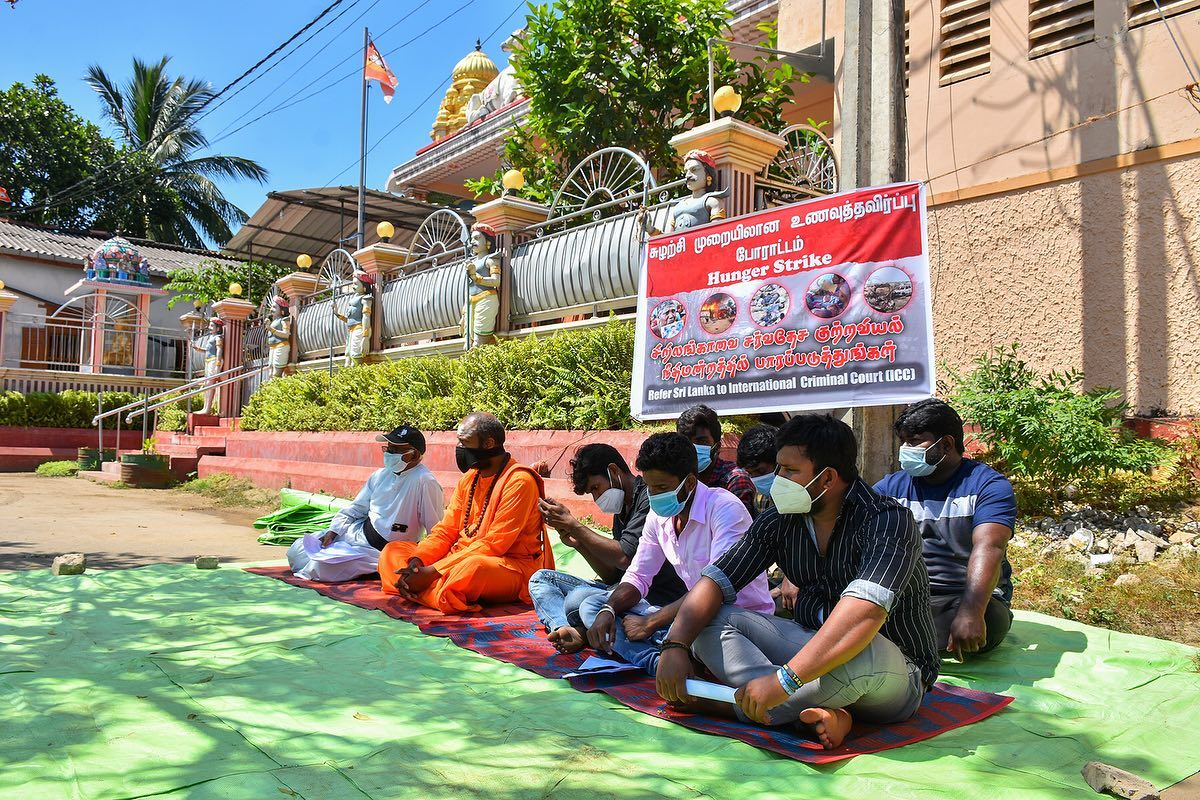 The human rights activist served as a critical voice among invited guests at FeTNA, as he was able to articulate Eelam Tamil issues and demands.

The chance to do so was his primary reason for attending the event. "Worldwide Tamils are gathering here so I [can] come here and tell our need[s] in North and Eastern part of Sri Lanka [and] what we actually [are] expecting right now, on behalf of the Tamil people living there," he said. "This is a very good opportunity to express that." 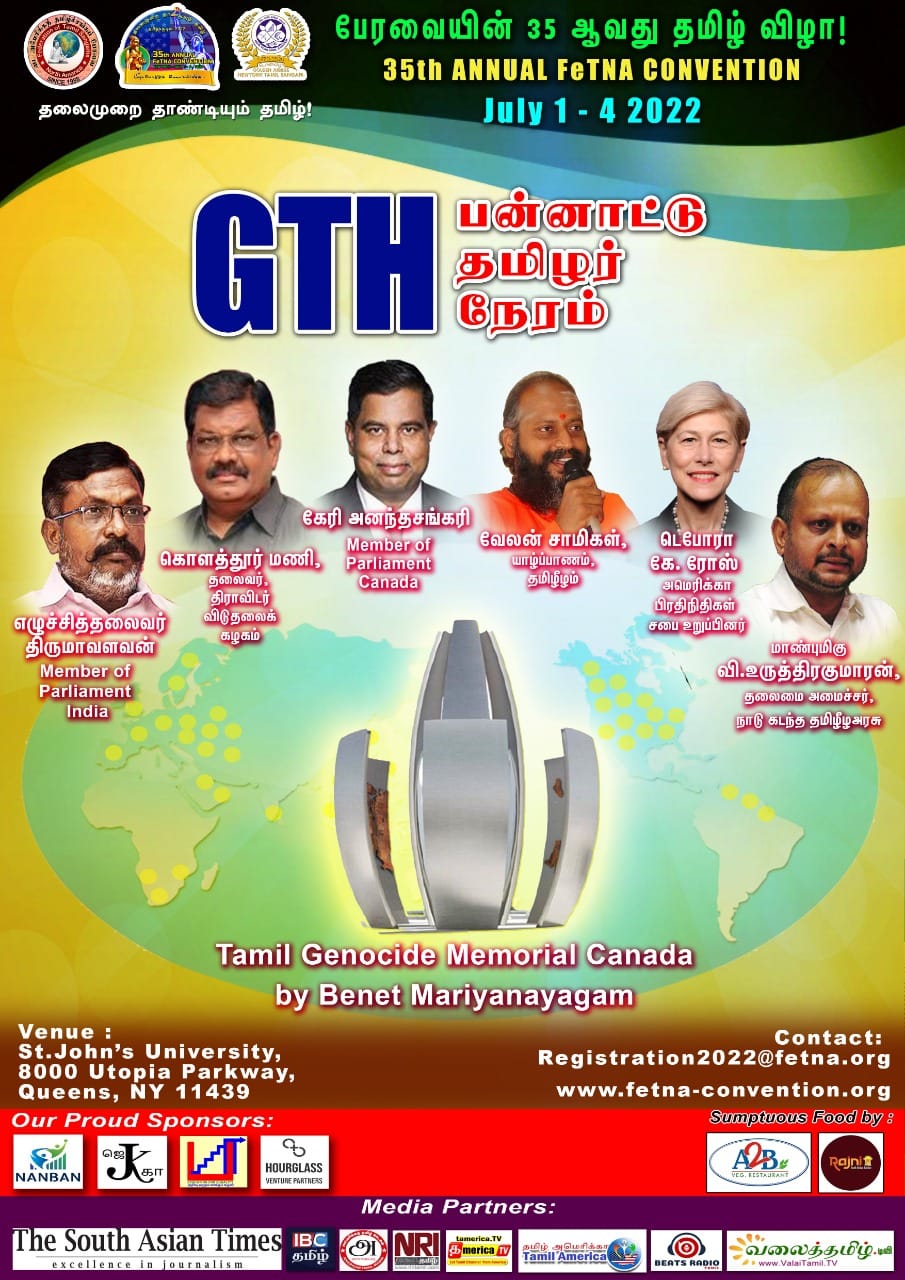 Swamigal proceeded to discuss the social and political relationship between Tamil Nadu and Eelam Tamil and the need for allyship.

"Tamil is the most ancient language in the world," he stated. "Because of that same language, same culture, same tradition, we have that [...] very close connection between the Tamil Eelam Tamils and Tamil Nadu Tamils. 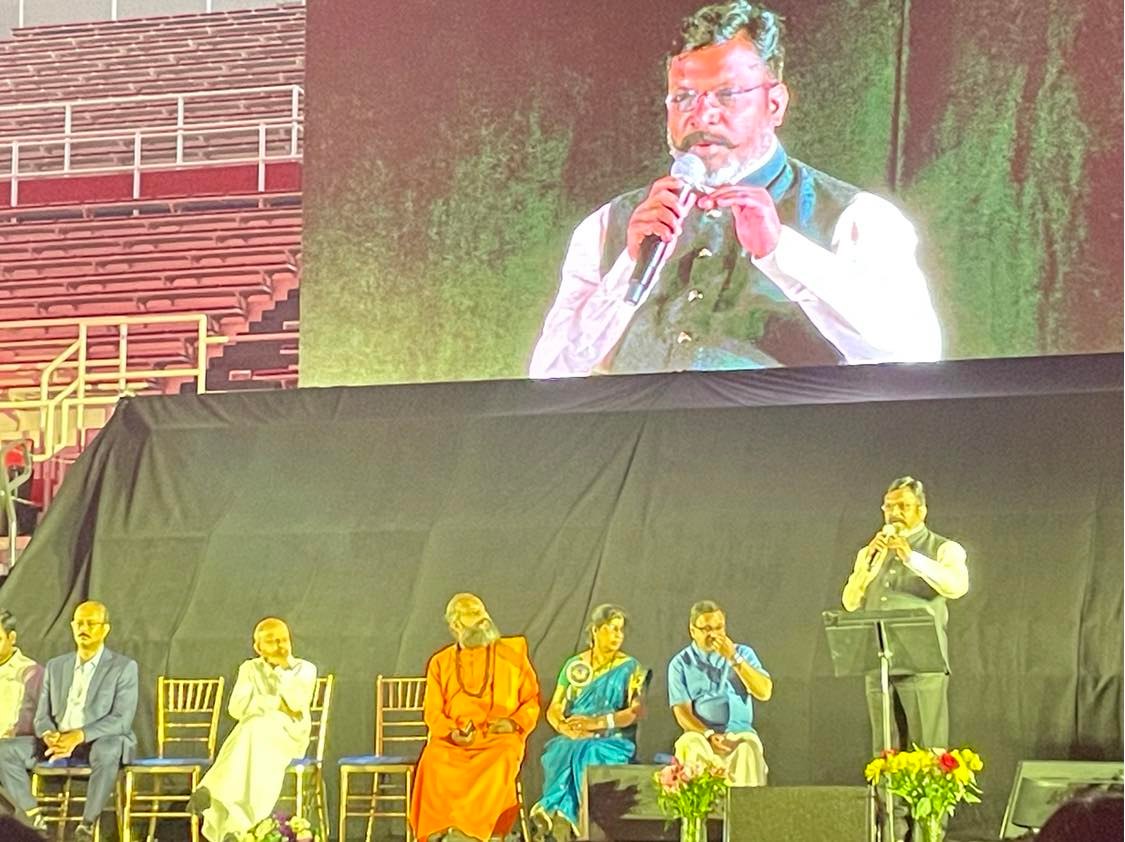 As an unprecedented economic crisis unravels in Sri Lanka and the island remains in a state of political turmoil, the activist explains how Tamil Nadu and the global Tamil diaspora can provide effective and targeted support.

"Tamil Nadu has to take a bigger role to help the economic crisis. especially in the North and Eastern part of Sri Lanka.

Recently, the help went to Colombo from [...] the Indian government, which was initiated by the Tamil Nadu state and we feel like discrimination is now also continuing. Since it has gone to Colombo, we didn't get the proper help to the North and Eastern part of Sri Lanka. so we expect [that] the Tamil Nadu state government should directly give their support whether rationed supply or whichever way to maintain our economy, directly to the North and East part of Sri Lanka or the Tamil Eelam. The Indian government or the central government also has to [...] to implement this idea. Even our diaspora Tamils, they can buy the products and things in India and from Tamil Nadu it can be transported to Tamil Eelam by ship or air freight or whichever way possible. We prefer that because [...] whichever is given to Colombo is mainly to the Southern part of Sri Lanka, not for the North and East." 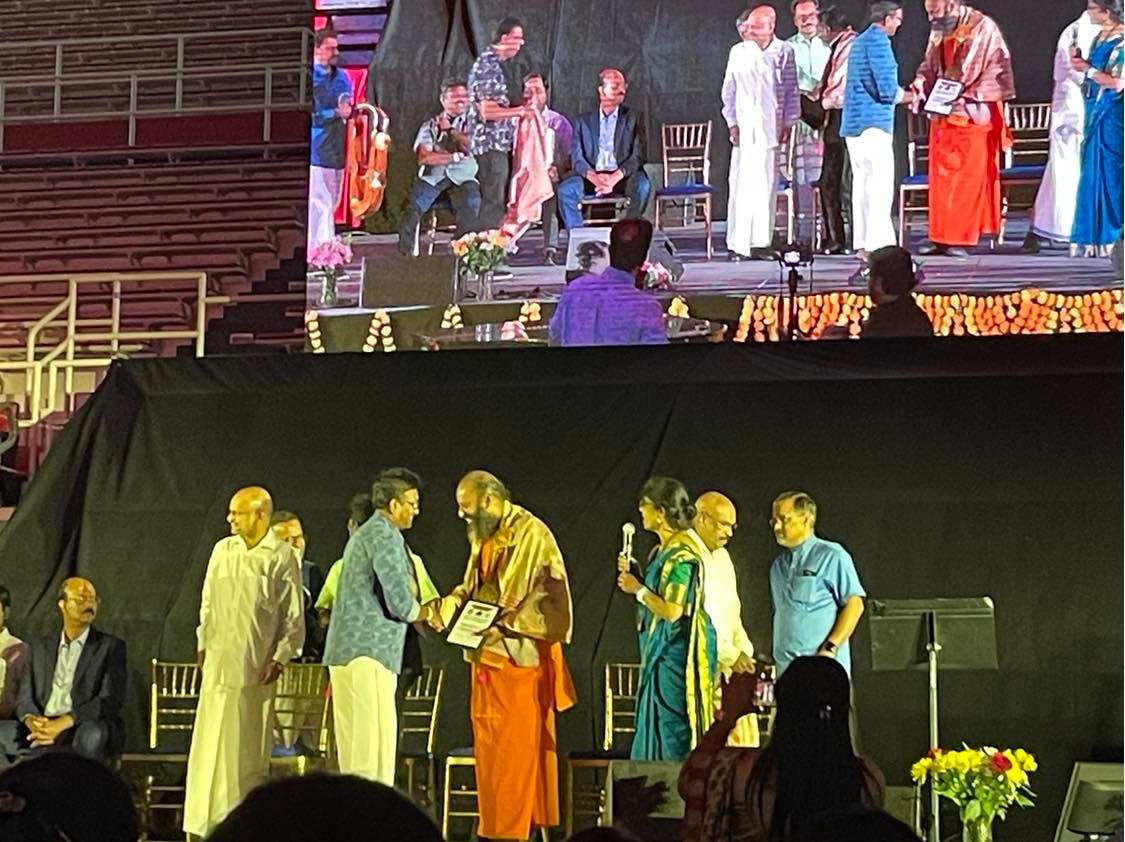 Swamigal reflected on FeTNA, and underscored the importance of such events in strengthening Eelam Tamil political power internationally.

"I feel satisfied and like I have done something for our Tamil Eelam people," he told the Tamil Guardian. The activist felt reassured by fellow attendees who stood in solidarity with the Eelam Tamil struggle . He remarked that upon seeing "[...] the support of Tamil Nadu Tamilians and also the diaspora Tamilians here, I think we will very soon achieve our goal."