However, not everything in Sri Lanka is terrible. The months-long protests have made people aware of the risks associated with unrestrained backing for political figures. Future governments will now be closely watched, and perhaps there will be a social regeneration where the island nation’s citizens learn to coexist harmoniously.

Who is responsible for Sri Lanka’s current situation? The dominant Rajapaksa family that has controlled island politics since Mahinda Rajapaksa’s first election as President in 2005? Given that the Sri Lankan Constitution prohibits a president from serving more than three terms, who stood up except his brother Gotabaya Rajapaksa? Or the Sinhala Buddhist voters for their love of strong, aggressive leadership, oblivious to the fact that these charismatic leaders violate human rights, encourage chauvinism, and demonstrate the proper place for minorities in a society that is primarily Sinhala Buddhist.

The Rajapaksa family was officially elected to office, and the very people who enthusiastically supported their election now see that their gods were made of clay. The lesson for voters in democracies is to exercise caution in their decisions and to be conscious of the uncivilized tendencies of the political figures they hold in high regard. If Sri Lankans had been more discriminating and had not been taken in by the rhetoric of the political heroes, the country would not have gone through these difficult times.

And everyone could see the problems. After the 2009 military operation, the Liberation Tigers of Tamil Eelam jubilated over the elimination of their top leadership, including Velupillai Prabhakaran, the terrorist group’s reclusive commander. Both the President and his brother, the defence secretary Gotabaya Rajapaksa, who was in charge of coordinating the war effort, were likened to the legendary Sinhala leader Dutugamunu. The majority community approved of both the egregious human rights violations committed during the last stages of the military war and the cold-blooded killing of Prabhakaran’s little son.

Gotabaya Rajapaksa won the general election in November 2019 with a clear majority of the vote, defeating United National Party opponent Sajith Premadasa (the son of former president Ranasinghe). Because of the people’s desire for strong leadership in the wake of Maithripala Sirisena’s lacklustre performance and efforts to undermine Prime Minister Ranil Wickremesinghe, with whom he had a falling out, President Rajapaksa easily won the election.

It was a stain on the government that the quarrelling coalition parties were unable to stop the devastating Easter bombs, which resulted in an estimated 269 worshipers dying in simultaneous strikes and over 1000 being injured despite being alerted by Indian intelligence. To combat terrorism and advance the island nation’s grand construction endeavours, the people wished for an influential leader. Security at home and economic growth were critical themes of Gotabaya’s campaign. 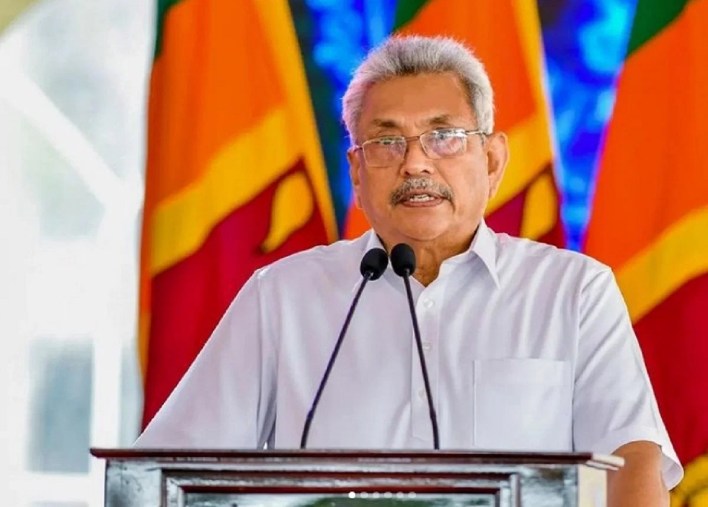 The majority of Sinhalese believed that a thorough militarization with all the trappings of a police state, with surveillance, questioning, screenings, and a curtailment of civil rights, was the way to go to “save the country,” according to an unsigned opinion piece in Sri Lanka’s English newspaper, the Daily Mirror.

To keep themselves in power, the Rajapaksa family fostered nationalism among Sinhala Buddhists. The protracted ethnic conflict and LTTE terror strikes provided the perfect environment for inflaming anti-Tamil sentiments in the nation. Many people across the island country, including Buddhist monks, rural populations in the Southern heartland, and rural masses, were passionately anti-Tamil and advocates of a powerful, unified Buddhist nation. The Rajapaksa brothers socialized with racist organizations like the Bodu Bala Sena (BBS).

Gotabaya named a Buddhist monk as the general secretary of this radical Sinhala organization. As the head of a presidential task force on “one country, one law,” Galagoda Aththe Gnanaasara Thero.

Because of the severe right-wing propaganda put forward by the right-wing organization, Gotabaya’s choice to open a BBS institution in Galle as defence secretary in 2013 while brother Mahinda Rajapaksa’s President received harsh criticism from many people.

The Bodu Bala Academy was founded with the seemingly innocent goal of preparing Buddhist monks, known as bhikkus, for positions of leadership. On the surface, there appeared to be nothing wrong with doing so. However, given that the group is notorious for its intense anti-Tamil chauvinism, some people were surprised to see the defence secretary there. After the Easter bombings, Gotabaya and the Rajapaksas utilized the BBS to incite anti-Tamil and anti-Muslim prejudice on the island. Galagoda Aththe Gnanasara, the BBS leader, declared publicly during a 2013 rally in Colombo, “This government was established by Sinhala Buddhists, and it must continue to be such. Government and country are both of Sinhala descent. The Sinhala race is being wiped out by democratic and pluralistic ideas “. The Rajapaksa family’s stormtroopers were the BBS and other right-wing organizations in Sinhala. Both brothers preferred and utilized other fringe organizations like the Ravana Balakaya and Maha Balakaya whenever they needed to mobilize support.

During his time as defence secretary, Gotabaya often interacted with the military services. He trusted the armed forces as President as well, and he appointed former military, air force, and navy officers to his cabinet. Long after the civil war was made, the militarization of the governmental apparatus persisted. Jayanath Colombage, a former naval officer who led the Lankan navy from 2012 to 2014, served as the head of Sri Lanka’s foreign service.

He was chosen in November 2020 to serve as the President’s advisor on international affairs. The Covid Task Force, which helped the island combat the epidemic, was also overseen by military commanders. In addition to government organizations, Gotabaya nominated former military leaders to lead academic institutions and serve on significant government-appointed commissions. There were no complaints since everyone was in a state of euphoria at the LTTE’s defeat and liked and revered the army generals as well as regular troops for their wartime efforts.

Gotabaya depended on the army and the police to staff distribution locations for fuel and other necessities even toward the conclusion of his mandate. Nobody cared about the army’s crimes or how Tamil people were treated in the country’s north and east. People who spoke out were labelled as being in the service of western countries that made a big deal out of liberty and human rights and so disloyal. We have seen strong indications of authoritarian and militaristic government under the Gotabaya Rajapaksa presidency, as well as the consolidation of power and the weakening of Parliament and independent institutions. Numerous issues, including a reversal in democratic progress and a developing humanitarian crisis, are the result of populist policies. According to Bhavani Fonseka, senior researcher at the Centre for Policy Alternatives (CPA), all of these require quick action to address changes and usher in a new political culture in Sri Lanka.

There are some bright spots in the scenario, though. As Radhika Coomaraswamy, a social scientist and former UN ambassador, has noted, the general public is becoming more aware and acting as watchdogs of government. She refers to this group as the “active citizenry.” The protests over the past few months have made people much more conscious of their rights and what they want from their government. The demonstrations are now a movement for social reform to help reconstruct Sri Lanka, not just about political change and economic management. It is hoped that engaged residents will keep all future administrations on their toes, promote social peace, and assist the lovely island country in realizing its full potential.

edited and proofread by nikita sharma