Home » Dollar debt restructuring is key to any recovery

Dollar debt restructuring is key to any recovery

The political fallout from the mistakes and poor decisions and the implementation of half-baked policies by half-baked bureaucrats are glaringly evident (CMA Sri Lanka Founder President Prof. Lakshman R. Watawala told a powerful gathering of professional accountants who manage a multitude of top companies that the bureaucracies are responsible for the bankruptcy of Sri Lanka).  The heavy burden of the population as a result of mismanagement and corruption is inescapable.

As President Wickremesinghe pointed out recently, “with the bankruptcy that we have declared, our economy has virtually come to a halt. The inflation, the bankruptcy, and everything else that is happening have brought our economy to a grinding halt. How do we restart it? That is what we are engaged in,” the President said in his speech in which he detailed measures taken to restore stability and he also listed various challenges ahead and steps taken and planned to address those.

The rescheduling and restructuring of our debts are at the base of our recovery efforts. Over 60% of our debt is owed to financial markets or private creditors, amounting to around $ 35 billion, and about 8% was owed to the Exim Bank of China. All of which indicates the vital need to bring the private creditors to the negotiating table. 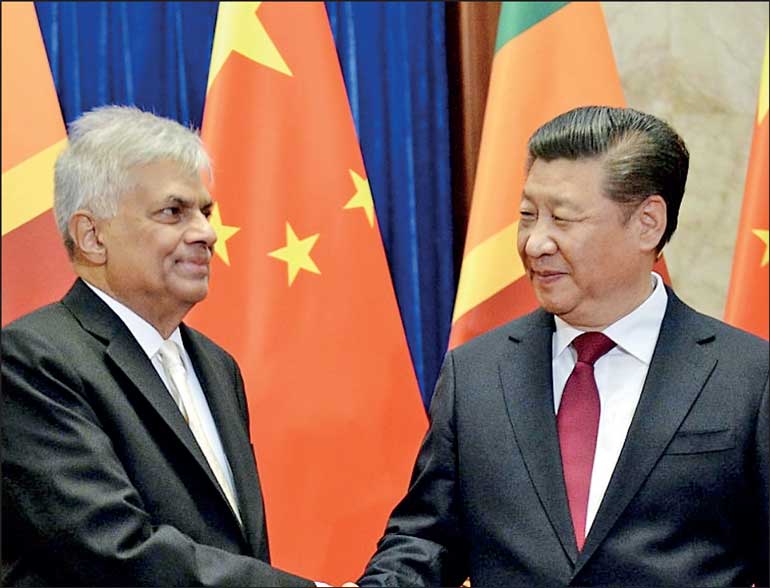 Bilateral side the largest lender is China | Photo: DailyFT

Four creditor groups will need to be approached. First, the bond holders. Then the traditional Government creditors, also known as the Paris Club which has been around for some decades where several governments put in their finances to assist with nations that are debt-ridden. The largest lender in the Paris Club to Sri Lanka, is Japan.  On the bilateral creditors’ side, the largest lender is China.  India too can be included in this group. Finally, we have the multilateral creditors e.g., IMF, World Bank, and ADB.

The first three mentioned groups are somewhat cautious about what is done by others in their category of creditors, which suggests that they are looking to ensure that any measure of debt relief offered by one group must be comparable to what is offered to the other groups. This requires skilled manoeuvring at the highest levels of Government. This cannot be left to bureaucrats only.

Some creditors according to reliable sources want newly issued sovereign bonds that would be swapped with a significant haircut for old unsustainable privately held debt.  Some want it in rupees for local investment. Some want a swap to rupee. Private creditors would benefit from a partial guarantee of the payment of the principal and a part of the interest payment analogous to the Brady Plan that was used effectively in the 1980s in Latin America (a Baker styled plan is not an option-WWW baker plan).

The Creditors want to be sure that they are not going to lose their capital if there is a laggardly approach to responding to the need for urgent reform due to incompetence of the debtor. They want to make sure the Debtor can pay interest, that is only possible if the Debtor earns sufficient dollars with which to pay their debt.  Equally important, there must also be clear communication as to what can be done, and what cannot be done with regard to the measures proposed or undertaken.

Another option is debt moratoriums with negotiated interest rates. There is ample evidence to show that by suspending debt service, Latin America gained room to grow at much higher rates than the depression-stricken industrial countries. The trade surpluses were not enough to provide resources for both growth and interest payments. But once countries walked away from their debts, there was plenty left to support an impressive period of growth and industrialisation (Rudiger Dornbusch).

In the final analysis, majority now know clearly how public debt affects our lives, so debt relief should not only provide temporary breathing space, it should pave the way for the Government to lay the foundation for sustainable development with investments in health, education, digitisation, energy, but there has to be provisions in place to reduce the burden on the population who are already stressed, and this is one of the things that the IMF must assess before prescribing solutions.

We need a competent team of sharp, clever experienced people with good negotiation skills (hire them if required ) to decide on a package that can bring Sri Lanka back to a position where they will be able to access capital markets that are now virtually blocked due to a short-sighted debt default (Fidel Castro’s solution according to research was often to default, it created more problems than they solved) that has virtually dried up capital inflows.

Any debt restructuring in any country is and will always be painful, but those in power must all set an example to the public to get their support, by cutting Government cost to the bone, we must not get stuck in mismanagement by wishful thinking like what happened in Lebanon. 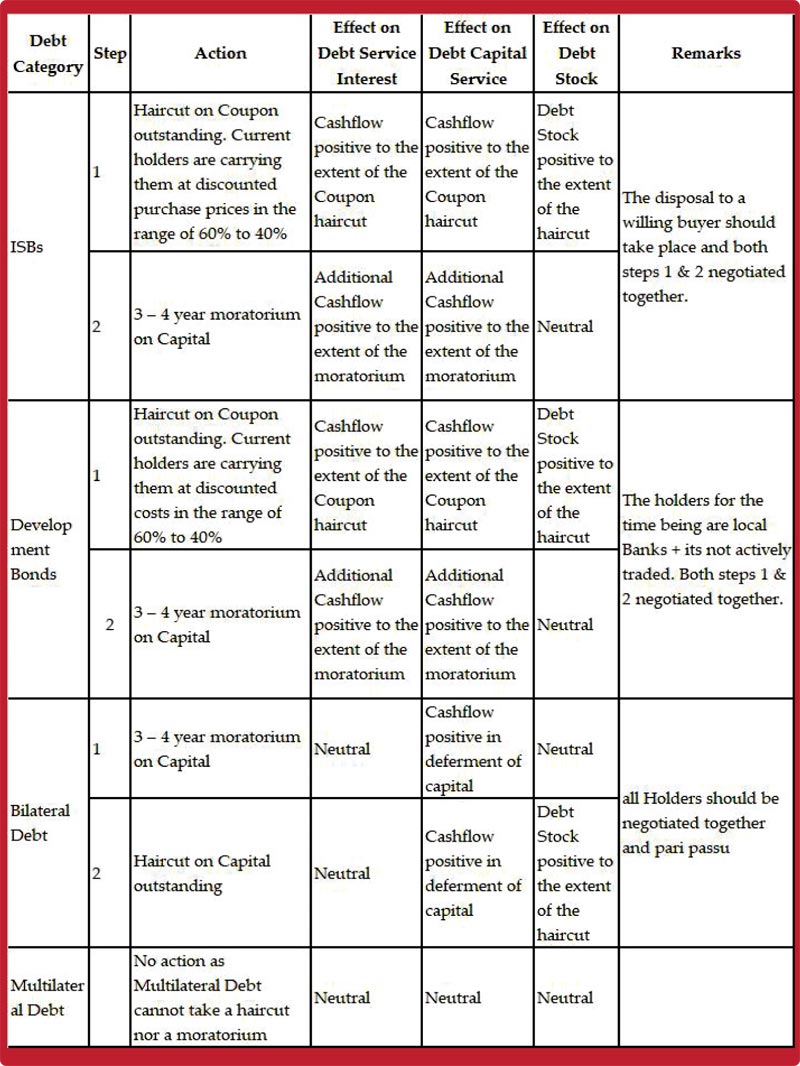