The United Nations and several prominent international human rights organisations have condemned the repeated use of emergency regulations against peaceful protesters by the Sri Lanka government.

They have urged the newly appointed Sri Lankan President Ranil Wickremesinghe to end the crackdown against the months-long protests over the island nation’s worst economic crisis in decades.

On July 18, Wickremesinghe declared a state of emergency, granting sweeping powers to the military and promising to take a tough line against the “trouble makers”. The parliament ratified the emergency on July 27. 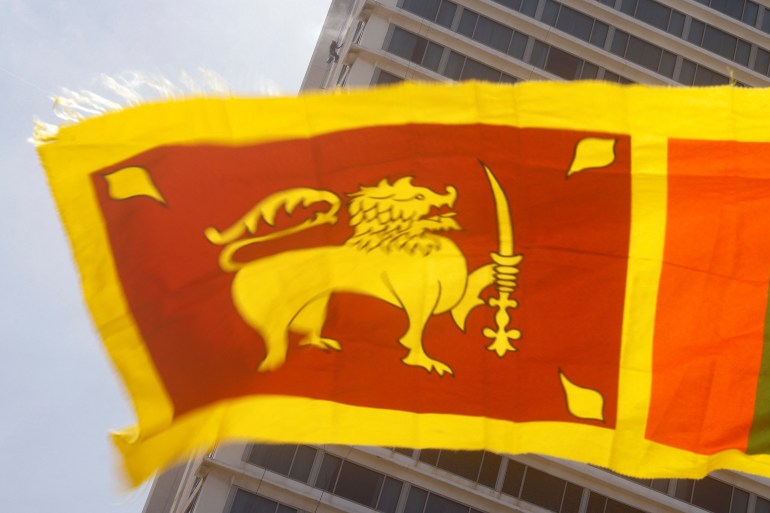 In a statement on Monday, United Nations human rights experts condemned the crackdown, calling it a “misuse of emergency measures”.

“We condemn the recent and continued abuse of such measures to infringe on the legitimate exercise of the rights to freedom of peaceful assembly and expression,” they said.

Protesters say Wickremesinghe is on a mission to intimidate them to prevent further protests against his government.

Last week, Joseph Stalin, a prominent trade union leader whom the UN recognises as a human rights defender, was arrested. As an international outcry and a legal battle followed, he was released on bail on Monday.

“Governments use rules, procedures, court orders and other tactics and methods to prevent peaceful protests and to prevent criticism when they are in a hotspot,” Mary Lawlor, the UN Special Rapporteur on human rights defenders, told Al Jazeera.

“I know Joseph Stalin’s work as a human rights defender. So for me, he should not have been arrested.”

Janaka Tennakoon, a chartered accountant in Colombo, said he was threatened with arrest for providing water to the protesters. He said he received a phone call from a police officer who described himself as an officer attached to the presidential investigation unit.

“The officer told me that my name is on a list of persons to be arrested as I had provided water bottles to ‘aragalaya’ [the Sinhala word for ‘struggle’]. Like many others, I did donate water bottles several months ago. What was wrong about it?” he told Al Jazeera.

“Saying that police have the power to even fabricate charges if they wanted, the officer asked for a bribe and even provided me with an account number,” he said.

Tennakoon, who shared with Al Jazeera a recording of his conversation with the police officer, said he confirmed through his sources that the caller was, in fact, a police officer.

On July 22, less than 24 hours after Wickremesinghe took oath as president, a joint operation by the police and military raided the main protest camp in the capital, Colombo, tearing down tents and arresting dozens, including several journalists and lawyers.

Following the crackdown, many organisations protesting at the camp, known as GotaGoGama, began to vacate the seafront area. 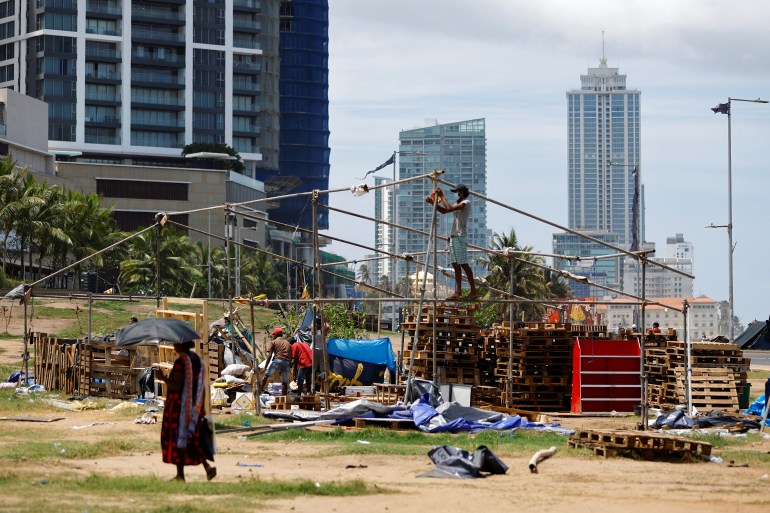 On Tuesday, as hundreds of people protested in several places to mark four months since the launch of the mass protests, the remaining protesters also decided to move out.

“The ‘aragalaya’ will emerge with a new momentum, a new round with and for all Sri Lankans,” the protest leaders said in a statement.

“Sri Lanka’s partners have been clear that international economic assistance will only be effective if the government adheres to human rights and the rule of law and addresses the root causes of the crisis.

“Instead of trying to silence the protesters, President Wickremesinghe should listen to them.” 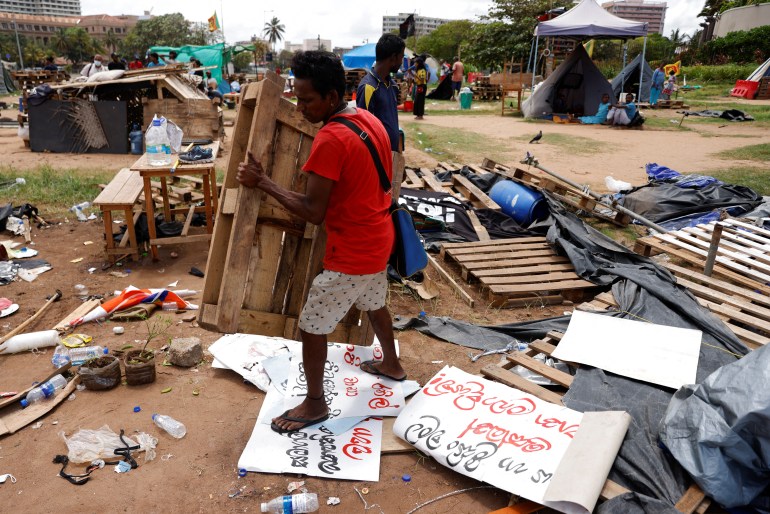 Echoing similar concerns, the International Commission of Jurists, together with 13 organisations including Amnesty International and Front Line Defenders, condemned the increasing reprisals against peaceful protesters in Sri Lanka.

“As a State party to the International Covenant on Civil and Political Rights (ICCPR), Sri Lanka has an obligation not merely to respect and protect the rights to freedom of peaceful assembly and expression, but also to actively facilitate and promote their exercise. Under international law, to be lawful, any restrictions on these rights must meet the principles of legality, legitimate aim, necessity and proportionality,” the statement said.

Recently, more than 150 scholars from the world’s leading universities in the United States, the United Kingdom, Europe, Asia and Australia called on the Sri Lankan government to guarantee people’s freedom of expression and the right to protest.

“Wickremesinghe was elected by parliament to take on the presidency, which was vacated due to the non-violent pro-democracy movement against authoritarianism and failed governance. His decision to follow in the footsteps of his predecessors is deeply alarming and does not offer the prospect of Sri Lanka progressing beyond the current crisis it is in,” said a statement issued by the scholars.

The statement criticised Wickremesinghe for calling the protesters “fascist”, adding that it was “totally inaccurate, inappropriate and damaging” and weaponised the term to provide an excuse for the use of extreme force.

The protesters say they will continue their struggle for a “complete system change” in Sri Lanka.

“There is no people’s mandate for this government. Ranil Wickremesinghe knows that very well and the government is expected to take some hard economic decisions, too. So he is creating the background for an outright oppression,” Ranhiru Subhawickrama, a protest leader, told Al Jazeera.

“But we wouldn’t stop our ‘aragalaya’. We will fight until we create a new country, until we put a new system in place. Ranil will unleash violence on us and use oppressive methods. We are ready to face any oppression. We aren’t afraid of any oppression.”