The Sri Lankan military has undertaken massive deforestation of parts of the Tamil homeland since the end of the armed conflict. Sharing images from Google Earth on Facebook, Kilinochchi journalist M. Thamilselvan illustrated the loss of forest cover surrounding army camps on the east side of the A9 road between Mankulam and Murikandy in the Mullaitivu district. 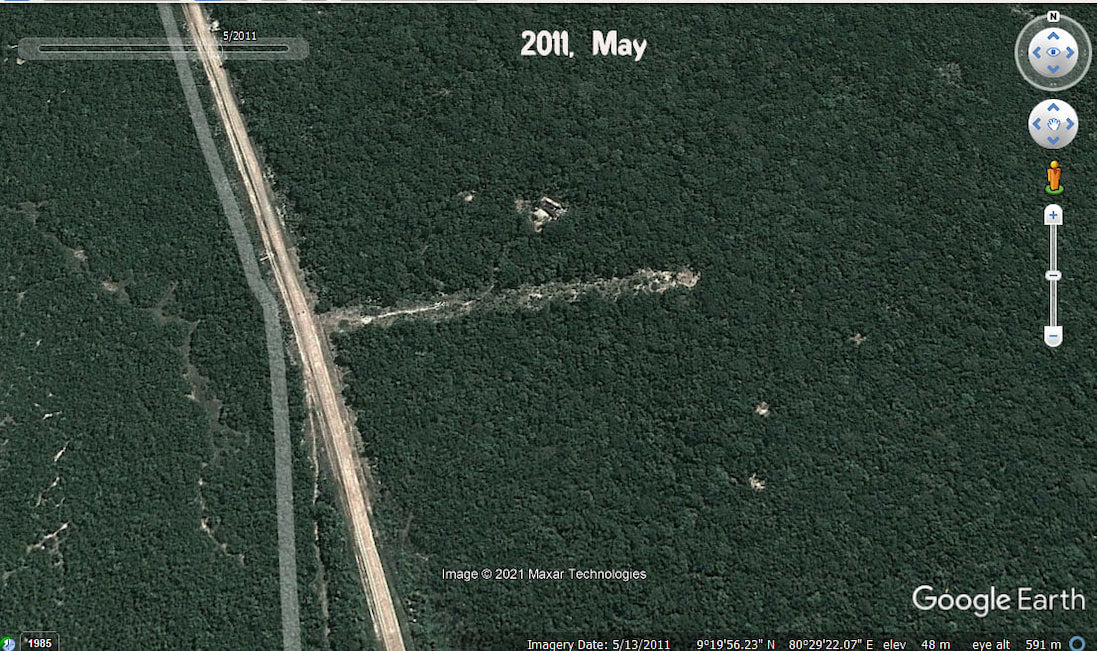 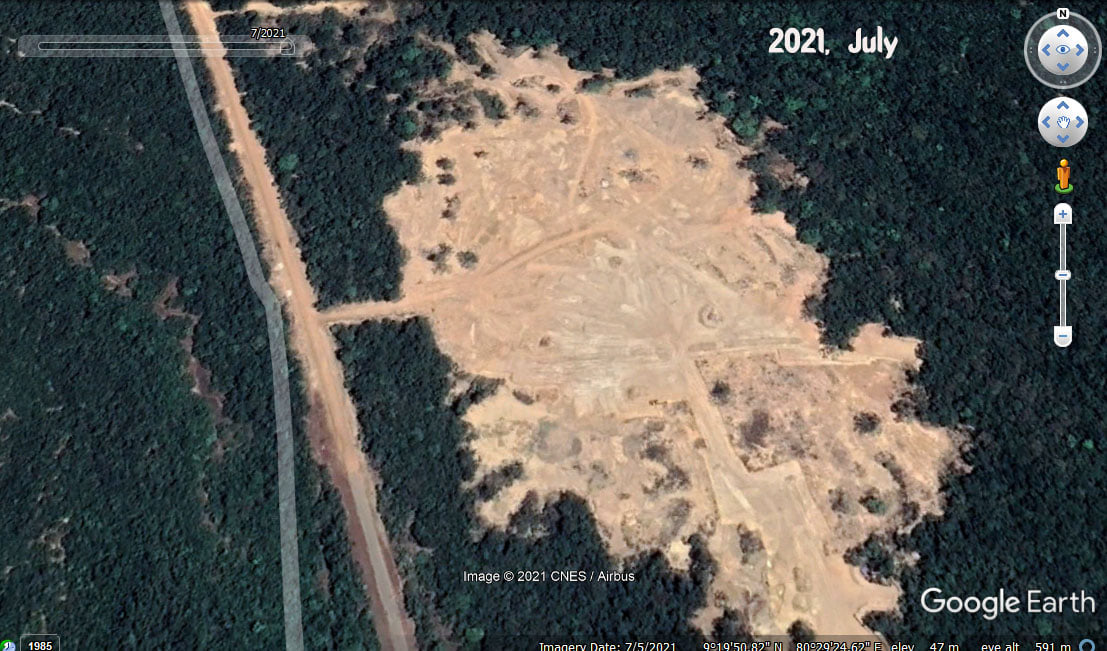 The Tamil National People’s Front (TNPF) shared the images and stated that before 2009, forests in the Vanni region were well maintained and several areas re-forested by the de-facto state of Tamil Eelam. The TNPF also highlighted that the forest in the Theravil area off the Paranthan-Mullaitivu A35 road had been destroyed by the Sri Lankan army, allegedly due to its having been planted by the LTTE, and an army camp built in its place.

Forests and deforestation have created contention in the Tamil homeland, particularly since the end of the armed conflict. Local opposition to deforestation has been mounting in recent months and years, as residents of rural parts of the North-East see vast tracts of forest disappearing around them. In most impacted areas, locals have been able to easily identify the connection between deforestation and the Sri Lankan state, condemning both legal avenues which see forests cut down as a precedent to land sales, and highlighting the complicity of some state agencies in illegal deforestation, including the arms of the Sri Lankan military, village development authorities and even the forest department itself. 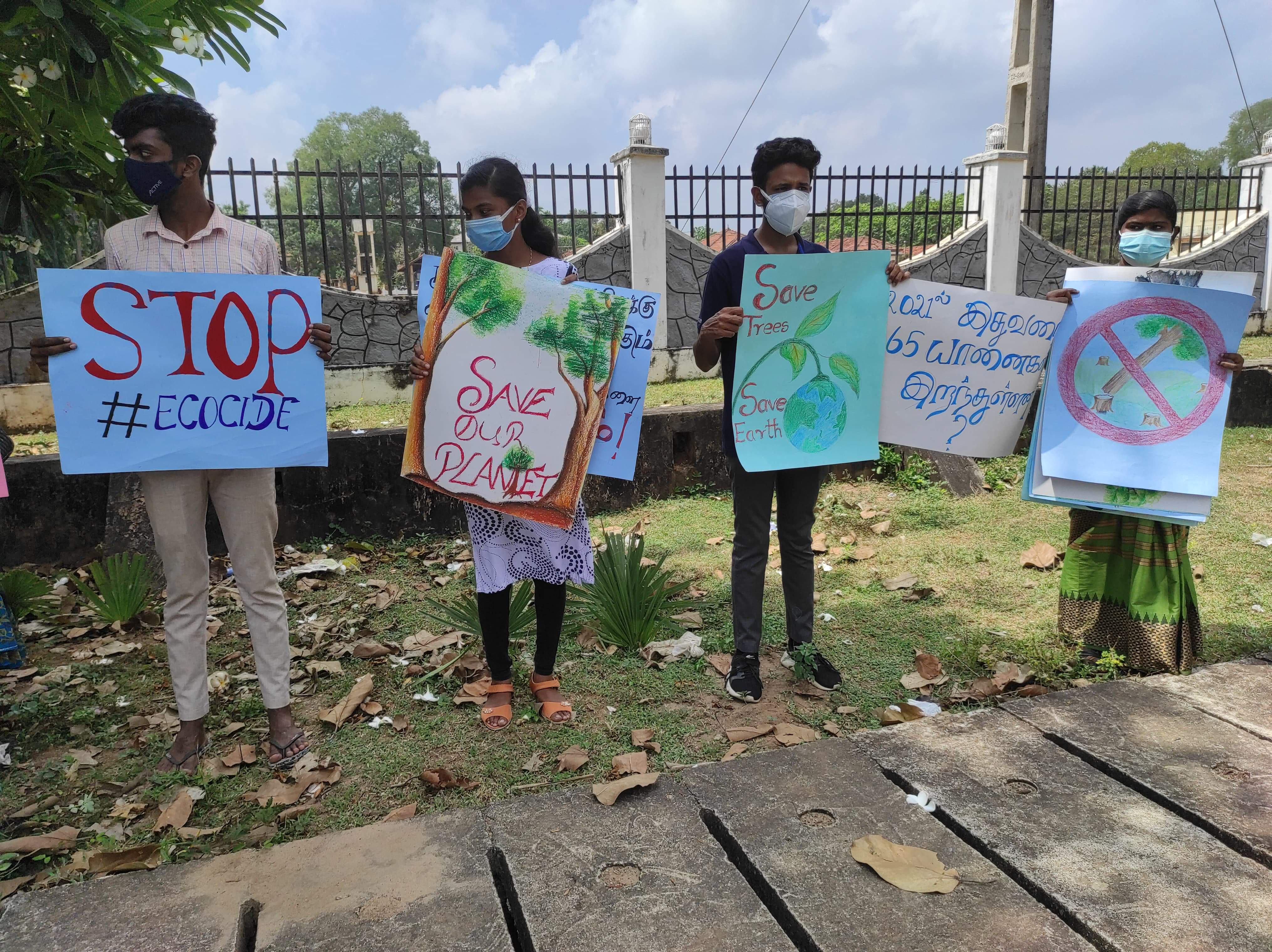 While deforestation in the Tamil homeland runs rampant, the forest department remains at the forefront of land-grabs and Sinhalisation in the North-East, often using spurious claims of conservation to appropriate both residential and agricultural land, while ignoring or even encouraging Sinhala colonisation in the form of settlements and Buddhist shrines built in forests.

Instances of forest destruction and attacks on forest workers by the Sri Lankan state were also frequent during the armed conflict, including during the ceasefire period. In 2006, two forest protection workers, aged 58 and 60, attached to the civilian administration in Vanni were found shot dead in the Panichankulam jungle just days after Sri Lankan army and paramilitary personnel had been spotted in the same jungle. Many Eastern villagers reported a spike in deforestation and in illegal logging after the LTTE lost control over the East in 2004. While attempting to inspect forests within the de-facto state, the Tamil Eelam Forest Department highlighted that the Sri Lankan army had destroyed large sections of forest to build bunkers and had left behind unexploded ordenances which presented a danger to locals and to forest officials. Vanni sources also accused the Sri Lankan army of mass felling and smuggling of teak trees to sell for profit.

The LTTE’s establishment and protection of forests across its territory prior to 2009 reflected the Vanni administration’s long-term vision for the Tamil homeland’s environmental protection. During the ceasefire period, the administration commissioned several studies including on the impact of forestry on coastal resources, and on sustainable food production. A formal environmental committee which included senior LTTE members such as S P Thamilselvan was established in 2005. While the LTTE and its governance structures no longer exist, the Vanni’s emphasis on conservation embedded a longer-lasting attachment to the natural environment on the psyche of its former populace, with residents fiercely protective of the forests established by the de-facto state. 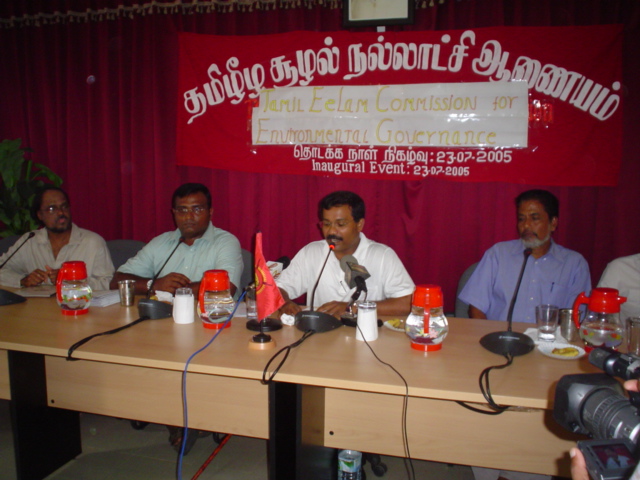 In 2012, the Sri Lankan government declared that forests in the North-East would become conservation sites and forest cover increased, and in 2015 then-president Maithripala Sirisena said he would deploy the army to protect the island’s natural resources. The Sri Lankan state, despite overseeing vast deforestation and other methods of environmental degradation across the island, often grandstands as an ecological trailblazer, evoking concepts of idyllic Sinhala-Buddhist pastoralism to embellish its green credentials. “Our rich philosophical heritage, shaped by Lord Buddha’s teachings, places great value on environmental integrity,” Sri Lankan president Gotabaya Rajapaksa said at COP26 last year. Such greenwashing is made possible in no small part by the support of international agencies including UN and tourism bodies who partner with the state on projects and promotional campaigns with little or no qualms on the discriminatory and often militarised nature of tourism and conservation on the island. 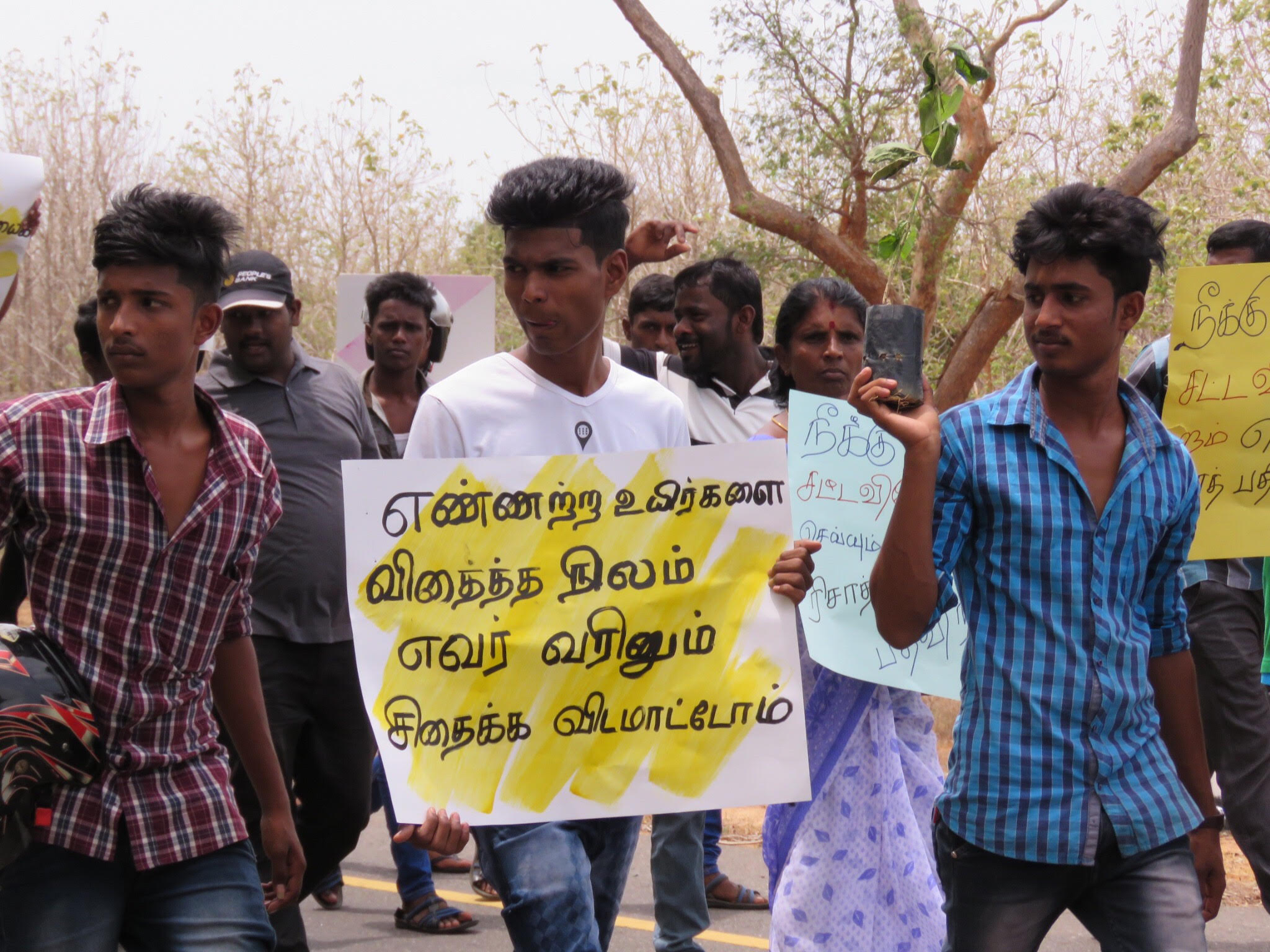 In a demonstration against the destruction of a teak forest cultivated by the LTTE, one protester said “they are trying to break the connection between us, the Tamils, and our homeland.” "Countless lives sown on this land, we won't let anyone ravage it," a placard read at the same protest. Over ten acres of that forest in Koozhamurippu were burnt down in a suspected arson attack just three days later, an incident which locals assert was a retaliation to the protest. As with everything in the North-East that has come under attack from the Sri Lankan state, forests have become another frontier in the Tamil nation’s resistance. 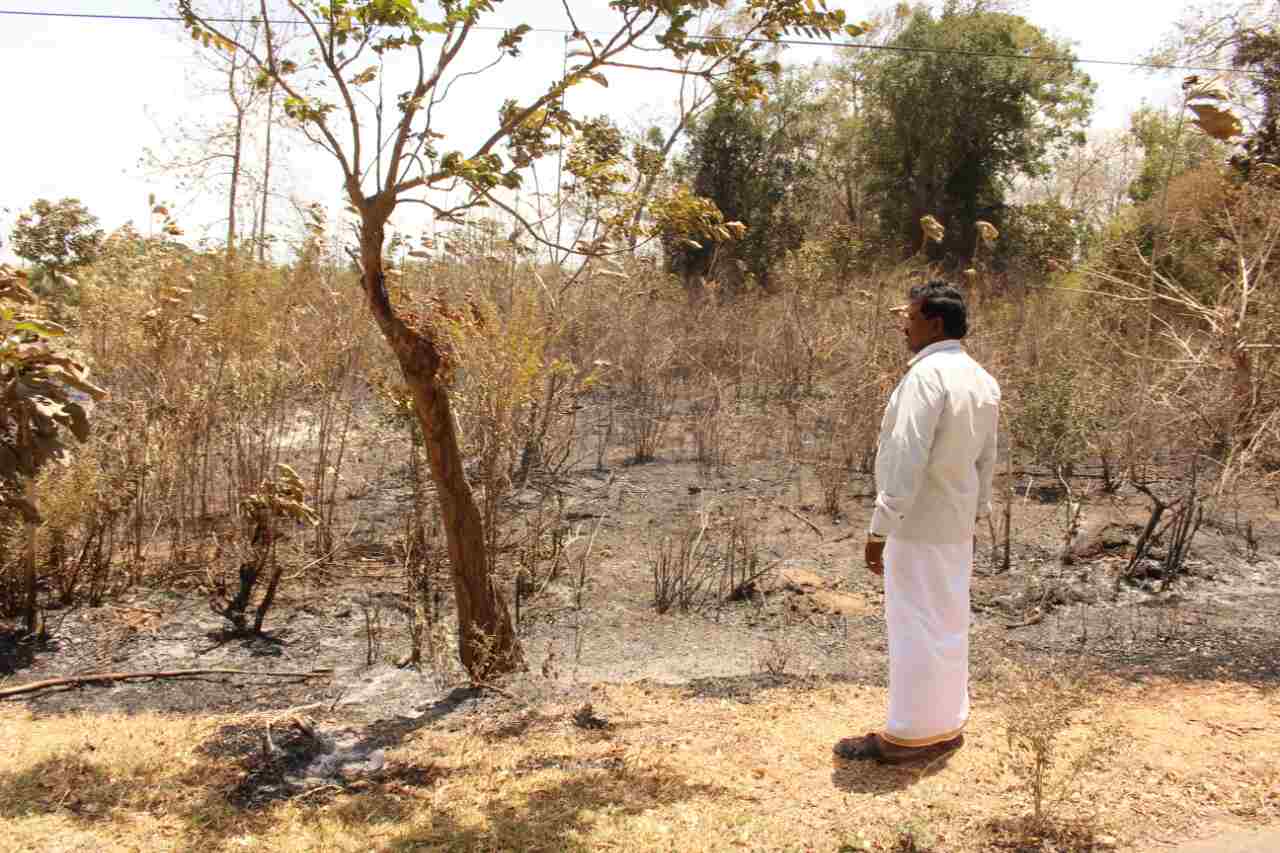