Moves are afoot to explore the possibility of setting up an oil refinery at the war ravaged Trincomalee by Lanka IOC, the subsidiary of the Indian Oil Corporation.

“There is nothing formal. We have held talks with the Indian Oil Corporation to this effect. But there is yet to be any formal application,” Power and Energy Ministry Sources said.

Lanka IOC is the only private oil company other than the state-owned Ceylon Petroleum Corporation (CPC) that operates retail petrol stations in Sri Lanka.

It has been incorporated to carry out retail marketing of petroleum products, bulk supply to industrial consumers, building and operating storage facilities at the Trincomalee Tank farm

Lanka-IOC PLC in the annual report of the company, said that the public sector giant was interested in setting up a refinery at Trincomalee in Eastern Sri Lanka after taking into account plans to increase the country’s domestic refining capacity.

A reliable Ministry source on condition of anonymity said that the Trincomalee refinery with a capacity of 200,000 barrels per day would be constructed in association with India

The two countries will soon initiate discussions at which a final decision will be taken on the capacity, the total cost, the financial commitment from each country and the time of commissioning. However, the output of both refineries will be mainly for export,” sources added.

Energy Ministry will be setting up a training centre at the Sapugaskanda oil refinery for professionals for the petroleum industry in association with the Colombo University.

Sri Lanka will produce technicians and engineers to meet the requirements the oil industry from this training centre. Such positions are in high demand in the international market offering high salaries.

He made these remarks during an event held in Colombo on Saturday to celebrate 20 years of Lanka IOC operations.

Under the Memorandum of Understanding signed with the Government of Sri Lanka for the next 50 years, the two parties will jointly refurbish 61 of the 99 tanks at the farm while 24 will be developed by CPC and 14 by LIOC.

“With President’s vision and advice, we hope to explore the possibility of grid connectivity, connecting India with the Sri Lankan grid,” Wijesekera noted.

He said Sri Lanka brings a lot of renewable energy options to the table and hence grid connectivity between the two countries will be mutually beneficial. 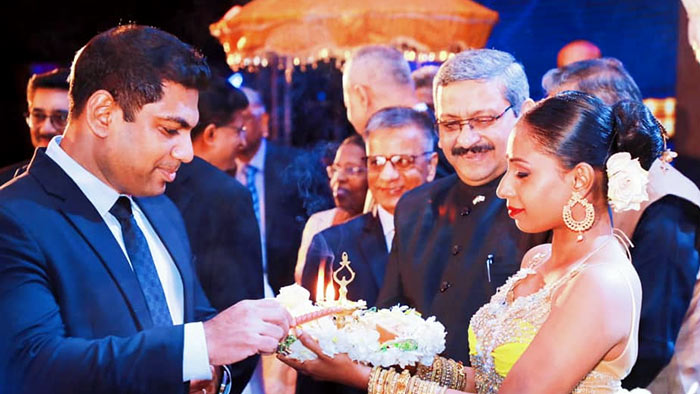