written by Top Stories Wed Sep 21, 6:34 am Source
Former Socceroo Craig Foster has been a vocal critic of the FIFA World Cup 2022 in Qatar but has agreed to be part of SBS's coverage of the 2022 event, saying he wants to ensure human rights issues are discussed.SBS has confirmed Foster will be a guest host and analyst for its coverage of the World Cup, which will be held between 20 November and 18 December.

Foster has previously described the contest as the "most problematic, controversial World Cup in history", pointing out reports from The Guardian of at least and embarked on an unprecedented building program.The United States Justice Department also claimed that some FIFA officials were bribed to award Qatar their vote to host the World Cup. All current and former FIFA officials have denied wrongdoing, and Qatar officials have denied any impropriety about the bid.

Foster said it had been a "really difficult" decision to join the SBS coverage as he had thought about boycotting the World Cup amid reporting of the migrant deaths. 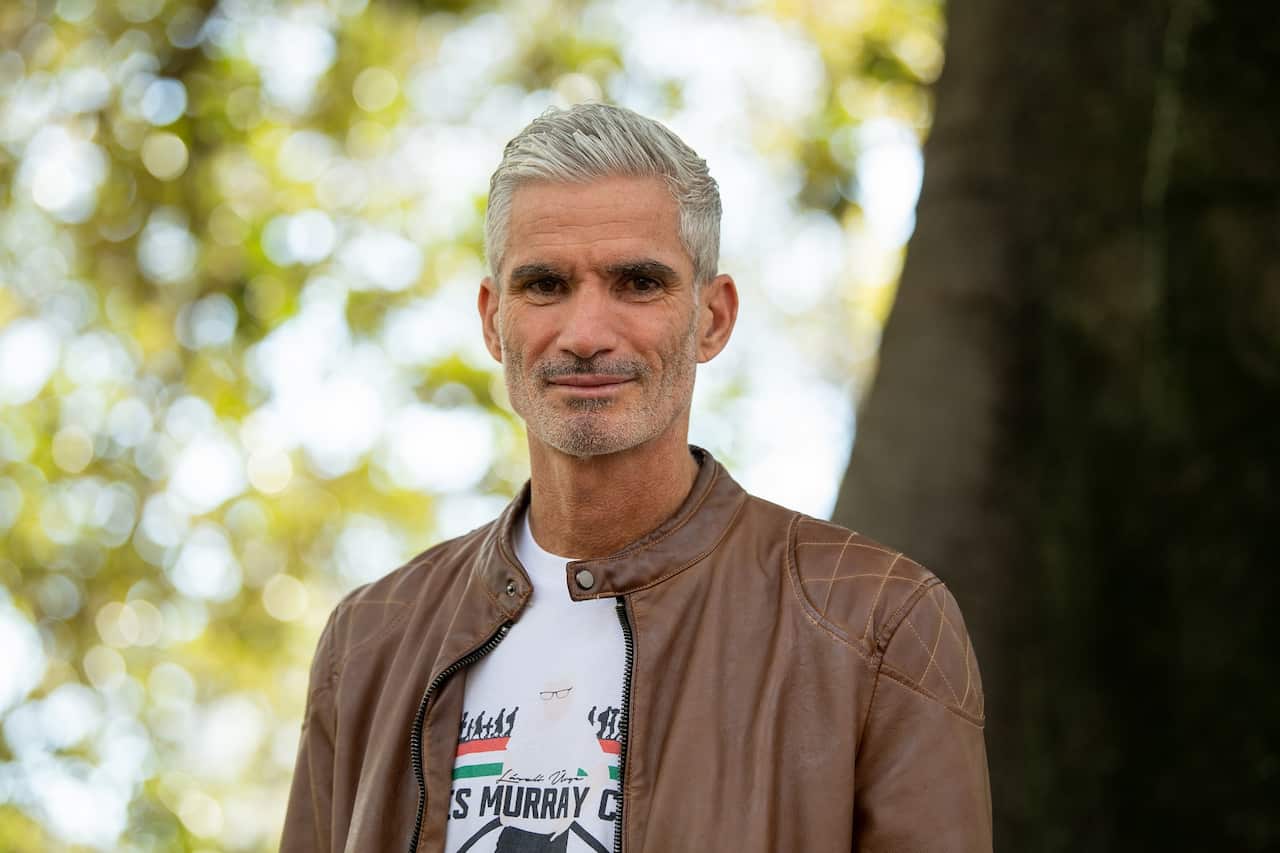 "But of course, what that does is that can place you on the periphery of the event and can limit your voice and your opportunity to then raise these issues and to try and give a voice to these families in particular," Foster told SBS News.

Instead Foster said he decided to be part of the coverage based in Australia and to donate his fee to the families of the deceased migrant workers. "I don't want to go to Qatar and spend my money," Foster said. "I don't want to go to Qatar and take happy photos like [Qatar ambassador] David Beckham and say that everything is fine because it's not fine. So I'll be working on this World Cup from here in Australia."Foster said he was "not prepared to profit from a World Cup that is built on the backs of ... dead migrant workers".

"I do think though, that it's important to be involved to raise these issues, and to ensure that the football and the human rights come together in this World Cup," he said. A worker at the Lusail Stadium in Qatar. Source: Getty / Matthew Ashton, AMA

Foster is also supporting the #PayUpFIFA campaign, which is calling on the World Cup governing body to provide compensation to families of the migrant workers who had died.

"We can't profit from this World Cup in good conscience without at least stepping forward and raising the issue of those families and doing something for them," he said.

Human rights 'will be central' in the Qatar World Cup, Foster says

Foster said the World Cup was an important month to talk about football as well as an opportunity to discuss the different cultures, languages, people and religions that it brought together in the "world game".

But he said this year would be the first time the game would be embedded with human rights, something the players, coaches and even fans could not avoid.

Australia is hosting the 2023 (Women's) World Cup next year, and one of the most beautiful things about it, that will highlight now our own human rights abuses.

Craig Foster"Human rights are going to be for the first time really central to this World Cup, and I happen to think that's fantastic," he said. "I mean, 20, 30 years ago, even when I was playing, human rights were not at the forefront of sport but because society has far greater expectations for all industries ... these expectations are raising the bar as to how sport conducts itself ... and that's a hugely positive step forward."Foster said people increasingly wanted sport to live up to its slogans and policies about being a force for good in the world. "What sport does is it can provide a focus for these types of abuses and harm and it can let the world know that they're occurring. But to do that, we have to talk about it."

Other issues that should be discussed, Foster said, included the treatment of homosexuality, which is still a criminal offence in Qatar punishable with a jail sentence. Women in Qatar are also denied the right to make many key decisions about their lives due to the country's male guardianship system. 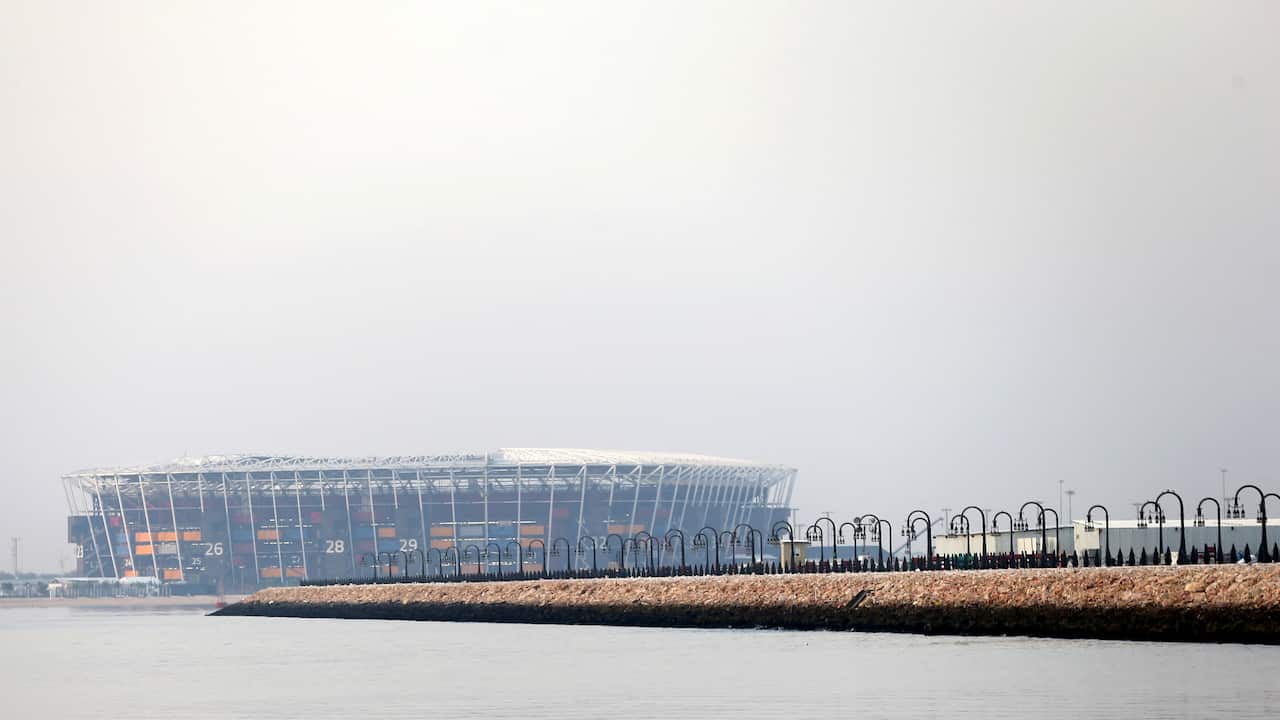 Fatma Al-Nuaimi, the Executive Director of Communications for the Supreme Committee for Delivery & Legacy of the tournament, has insisted it is safe for LGBTIQ+ fans to attend the tournament. She said Qatar had hosted around 600 international events since being awarded hosting rights and says there hasn’t been one incident of discrimination.“We keep assuring everyone that everyone is welcome,” Ms Al-Nuaimi told SBS News.“Everyone will be able to come, enjoy the games and support their teams, regardless of their background, religion or gender.”The Guardian reported in 2021 that 6,500 migrant workers had died in Qatar since the tournament was awarded, though it said death records did not categorise employer or place of work and it is unclear how many were working on World Cup infrastructure projects.

After the report, the Qatari government said: "Every lost life is a tragedy, and no effort is spared in trying to prevent every death in our country. "Unfortunately, of the millions of residents from India, Sri Lanka, Bangladesh, and Nepal who have lived in Qatar from 2011 to 2019, a very small percentage have sadly passed away. "Although each loss of life is upsetting, the mortality rate among these communities is within the expected range for the size and demographics of the population."Nasser Al-Khater, the chief executive officer of the 2022 Qatar World Cup, said last year ."Unfortunately, a lot of entities that put up these [rights] reports, don't even both to come here to see things for themselves," Mr Al-Khater said."Qatar has been a trailblazer in improving workers' rights and improving workers' standards of living, introducing a minimum wage and abolishing the kafala system."

Under the kafala system - a labour governance system used across the Arab Gulf as well as Jordan and Lebanon - migrant workers need their employer's permission to leave their jobs or to leave the country.

Foster said the global promotion that comes with hosting a World Cup must come with a cost. " next year, and one of the most beautiful things about it, that will highlight now our own human rights abuses, and give us an opportunity to talk about our own claims to being a human rights-respecting country, and in particular, Indigenous rights," he said. 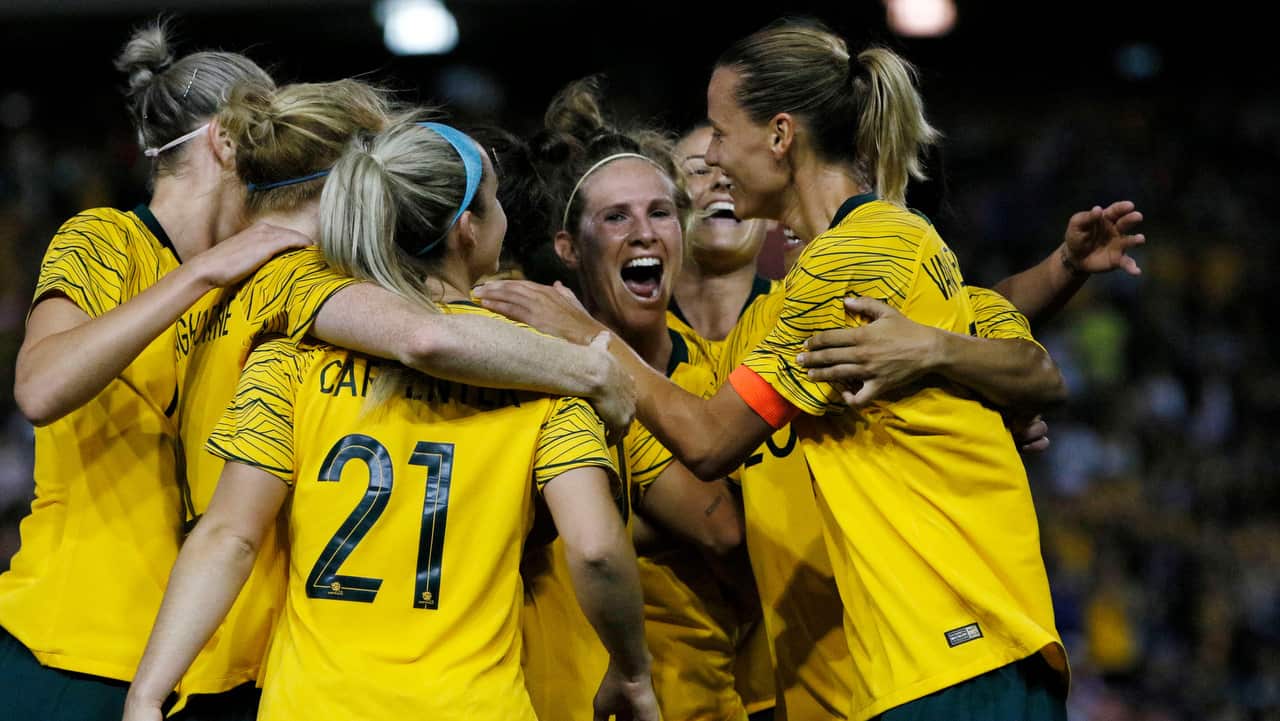 When Australia hosts the Women's World Cup next year, Foster says its own human rights issues will be highlighted. Source: AAP

While acknowledging that every country had some issue with human rights abuses, Foster believes there should be minimum standards for countries hosting the contest. He said the best outcome of Qatar would be to ensure FIFA is not allowed to make the same decision again, noting that Saudi Arabia was talking about bidding for the 2030 World Cup. "I think women's rights is a very clear one, LGBTI and non-discrimination on the grounds of sexuality is also extremely important, he said of the minimum standards that should be imposed. "If countries cannot have minimum standards and policy and law in regard to those two, they shouldn't be hosting."

"FIFA cannot be talking about the women's game and gender equality ... and then holding male tournaments in countries where women's basic rights are being abused."

He said principles of non-discrimination on the grounds of religion, gender and sexuality were already in FIFA and the International Olympic Committee statutes.On a more positive note, Foster said there had already been changes in Qatar thanks to the World Cup."Whilst they don't have the rights they should have, the position of migrant workers in Qatar today are far, far better than they were 12 years ago," he said. "Now that is the power of sport.

"The problem with sport is, it only exercises that power in crisis when it's forced to."

Foster hopes members of the Socceroos, , will make some sort of statement at the World Cup."All of those players have a similar decision to make, as do every broadcaster, both here and around the world, is how are you going to handle it? Are you going to pretend that this hasn't occurred? Or are you going to speak up?"

As a former player, Foster said he understood athletes were under pressure not to say anything about human rights abuses in the countries where they compete.

He said this is why Formula One driver Lewis Hamilton's decision to wear a rainbow helmet in places such as Qatar was wonderful.

"Participation is one thing but being silent and turning a blind eye, that's the one thing that no one can do in this World Cup," Foster said. "Certainly if I have anything to do with it, they won't be allowed to."While Foster acknowledged many fans would rather just focus on the game, he believes they needed to understand this year's contest had allegedly enabled the deaths of around 6,500 people.

"What I'd say to every fan of Australian football is, you cannot turn a blind eye, you cannot be silent," he said.

He said the game also had many LGBTIQ+ fans, who had the same right to enjoy the event. "They can't because in a place like this, they're at risk, they're not safe, they're in danger and we all have a responsibility to them."Foster said football and sport in general used the term "our sporting family" a lot. "Well, family has to stand shoulder to shoulder with each other, that's the whole point," he said. "If anyone is excluded in any World Cup - and there are a lot when it comes to Qatar 2022 - we have a responsibility to stand with them."

WATCH every match of the FIFA World Cup LIVE 2022, FREE and EXCLUSIVE on SBS.