Home » 'I drew myself because I'm special to myself': Meet the winners of the 2022 Young Archies

'I drew myself because I'm special to myself': Meet the winners of the 2022 Young Archies

written by Top Stories Sat Jun 18, 5:26 am Source
Four Australian artists have beaten a record number of entrants to win prizes in the Young Archies.The children's awards, inspired by the Archibald portrait prize, were presented at a ceremony at the Art Gallery of NSW on Saturday.Lev Vishnu Kahn, aged five, won the five to eight-year-old category with a self-portrait in texta titled Nature boy, Earth boy.

The artist from Dover Heights in NSW showed himself surrounded by "earth things" including a rainbow serpent and Argentinian flag. 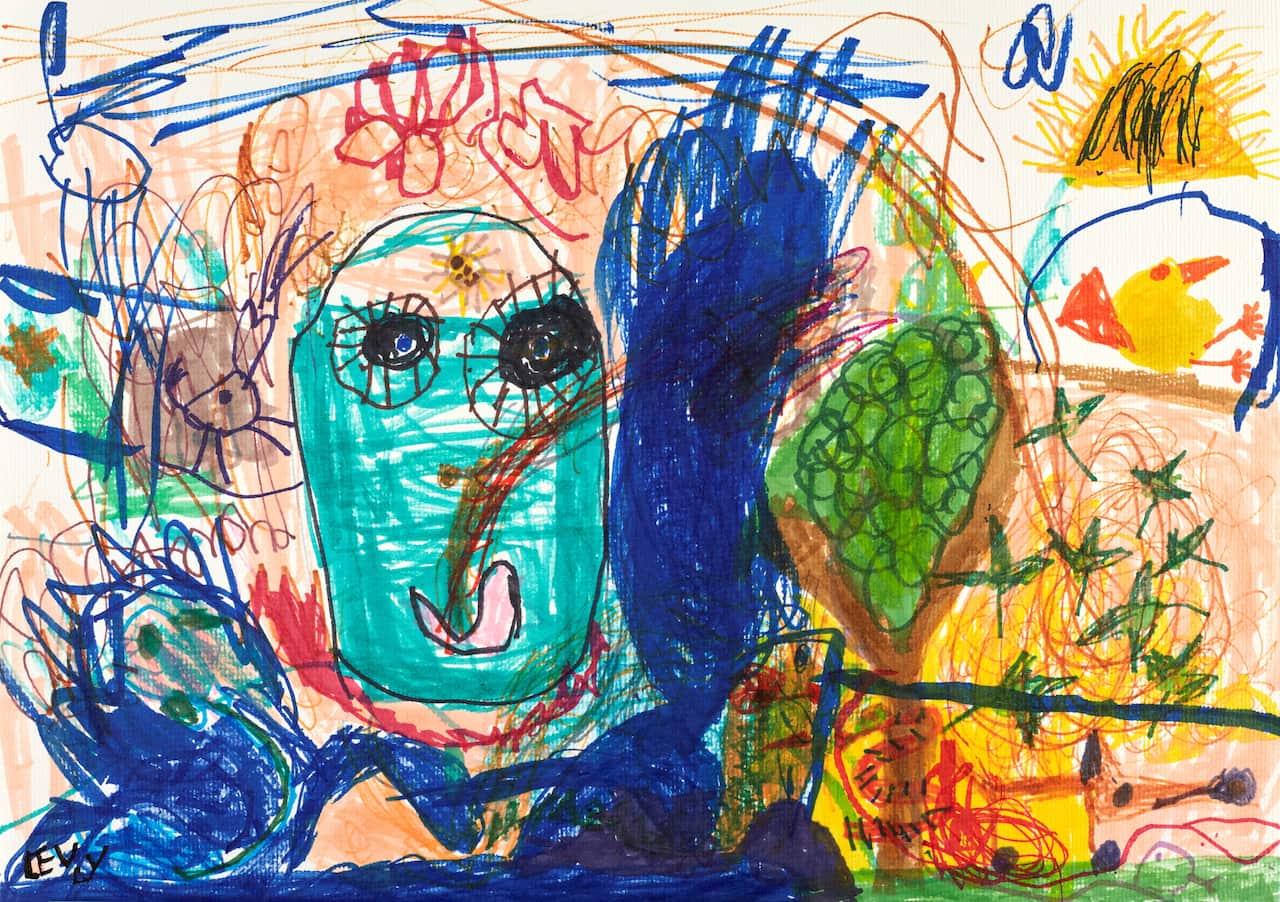 "I drew myself because I'm special to myself, I'm not so interested in things to do with space or planets like other kids, I like animals, nature and earth things," he said in his artists' statement."I had no idea I was capable of creating something so beautiful."The competition attracted a record 2400 entrants in 2022, with 70 finalists chosen for display."Ultimately we picked works that really spoke to us and showed personality, sensitivity with their use of materials and just a unique kind of imaginative response," the gallery's Victoria Collings told AAP.

The award attracted 400 entries when it started 10 years ago and in 2022 it took more than a week to open all the entries and whittle them down to the finalists, she said.

Ms Collings assessed the entries alongside guest judge, Sri Lankan-born contemporary artist Ramesh Mario Nithiyendran.Jasmine Goon, 16, won the 16 to 18-year-old category with a painting of her brother Kevin, titled And who shaped you?Ms Goon said Kevin is non-verbal and has taught her to approach other people positively.

"Observing and growing up with him has taught me to not pass judgment on anyone, both inside and out," the artist from Ballarat in Victoria said. 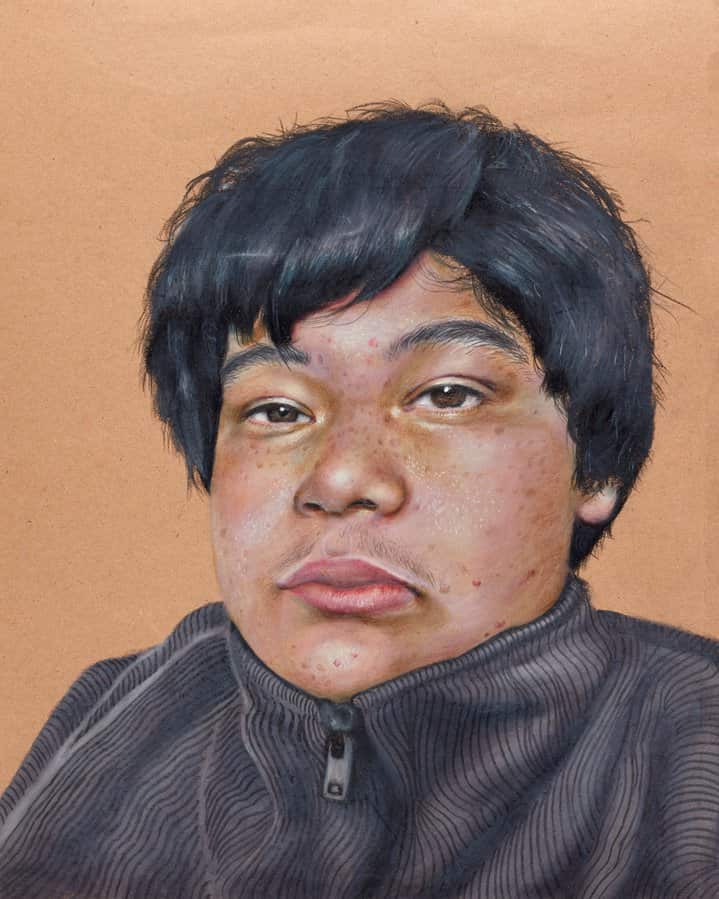 'And Who Shaped You?' by 16-year-old Jasmine Goon.

Ms Collings knew the portrait of Kevin was special as soon as she opened the package."This is what's so lovely with Young Archies, how many of these children adore the people that they've drawn, It's just lovely to know that," she said.The Young Archies can be a huge boost for emerging artists, with at least three previous winners going on to study creative arts.

"These children might be the ones who are a bit more quiet at school and expressing themselves through art. It's how they like to share their ideas with the world," Ms Collings said. 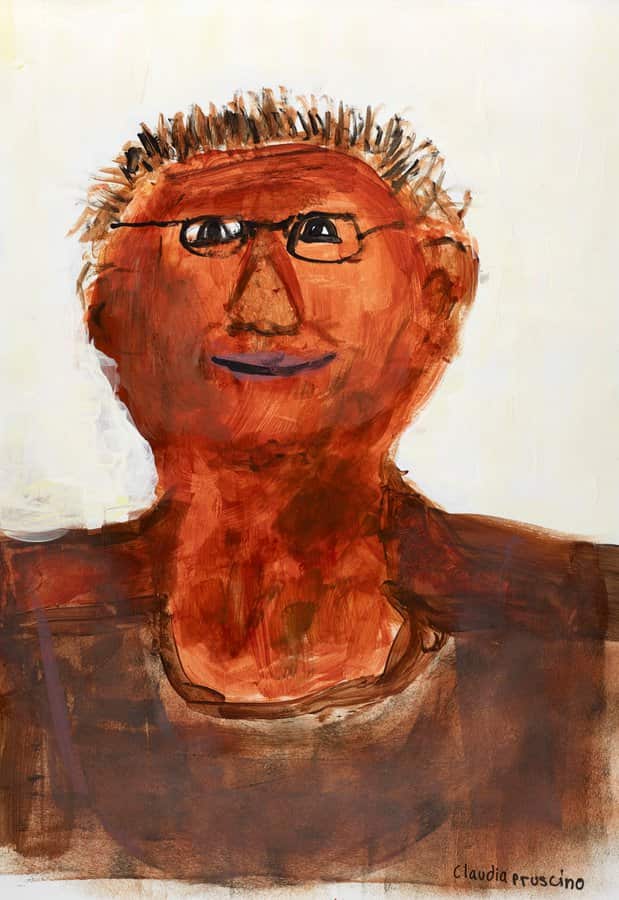 Claudia Quinn Yuen Pruscino, nine, from Birchgrove NSW, won the nine to 12-year-old category with a portrait of her grandfather or gong gong."I love him so much. He is very kind and caring, not only to me and our family but to his patients that he cares for at hospital," she said.

Nethali Dissanayake, 15, from Beaumont Hills NSW, also won with a picture of her grandfather. 'My grandfather' by 15-year-old Nethali Dissanayake.

The winners receive $200, an art pack, and gallery passes.A record 70 finalists across the four age categories are on display at the gallery until 28 August.

Works that received an honourable mention are displayed online and at the SH Ervin Gallery in The Rocks alongside the Salon des Refuses until 24 July.