The IMF has said Sri Lanka needs to whittle down existing debt to ‘sustainable’ levels before it can receive any aid.

The International Monetary Fund has reported constructive talks with Sri Lankan authorities, raising hopes it could soon grant preliminary approval for a credit facility to alleviate a crisis in which the country is struggling to pay for imports.

“The discussions will continue virtually with a view to reaching a staff-level agreement on the EFF arrangement in the near term,” the IMF said, referring to the credit arrangement, called an extended fund facility. Thursday’s IMF statement followed meetings from June 20-30 in Colombo.

Staff-level agreement must precede final approval by the IMF’s executive board, but so too must cooperation from Sri Lanka’s creditors, which is not expected to come quickly.

The Washington-based lender has said Sri Lanka needs to whittle down existing debt to “sustainable” levels before it can receive any aid.

“Because public debt is assessed as unsustainable, Executive Board approval would require adequate financing assurances from Sri Lanka’s creditors that debt sustainability will be restored,” the IMF said.

Analysts say debt restructuring would be a protracted process, even after the IMF’s staff-level agreement. 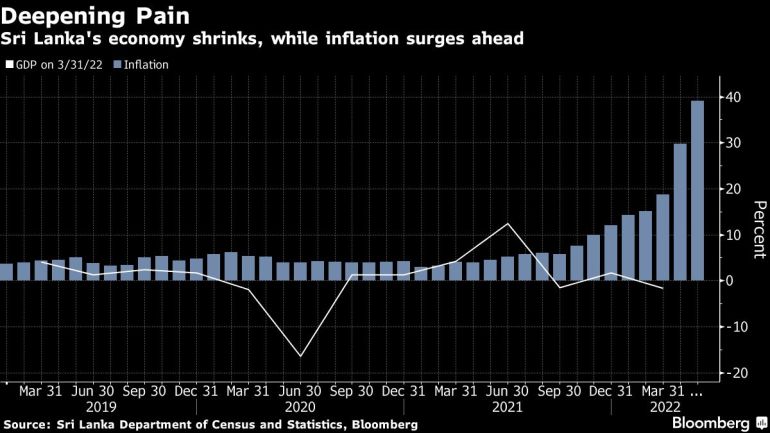 The financial crisis is the worst in decades for the island of 22 million people, which has defaulted on some foreign debt and needs at least $6bn in the coming months to stabilise the nation’s finances, devastated by years of policy missteps and the COVID-19 pandemic.

With little money available for imports, the country has dangerously low fuel reserves. The government on Tuesday restricted allocations to essential services, such as trains, buses and the health sector, for two weeks.

The IMF said the high fiscal deficit had to be reduced while ensuring adequate protection for the poor and vulnerable. Since revenue was weak, far-reaching tax reforms were urgently needed to achieve these objectives.

“IMF support will help Sri Lanka get commitments from creditors. The government has made a lot of progress on things which are generally supposed to be in favour of an IMF staff-level agreement,” he added.

Colombo has taken steps to raise taxes, put state assets on sale and pledged to slash spending to the “bare bones”.