written by Sri Lanka Guardian Sun Jul 10, 5:17 pm Source
A typical narco-drone is small and inexpensive, which explains their affordability by terror groups.

Central agencies are on high alert looking at the threat letter issued on 6 June 2022 by terror outfit Al-Qaeda, threatening suicide attacks in Delhi, Mumbai, Uttar Pradesh and Gujarat. Suicide bombing refers to an act in which a fanatic personally delivers explosives and detonates them to inflict the greatest possible damage, killing himself or herself in the process. Suicide bombings are devastating and shocking on account of their indiscriminate nature, clearly intending to kill or injure anyone within the range of the explosion, the victims being mostly unsuspecting civilians, political figures and military personnel. The damage inflicted by suicide bombing is both physical and psychological, and to inflict maximum damage the bombers rely heavily on the element of surprise. Suicide bombers usually carry explosives underneath their clothing, in backpacks, or hide them even in their personal belongings. Frequently, to inflict even greater damage, suicide bombers drive vehicles laden with explosives. Bomb sizes have ranged from less than 100 grams (just over three ounces) to more than one ton packed in automobiles. Since 1983, suicide bombing has become a routine tactic of insurgent groups—from Sri Lanka to Chechnya or Afghanistan. The most famous suicide attack on a political personality took place in 1991, when former Indian Prime Minister Rajiv Gandhi and 16 others were blown up by a woman associated with the Liberation Tigers of Tamil Eelam (LTTE). In recent days, suicide bombings are increasing because of the rise of religious-inspired terrorist violence. 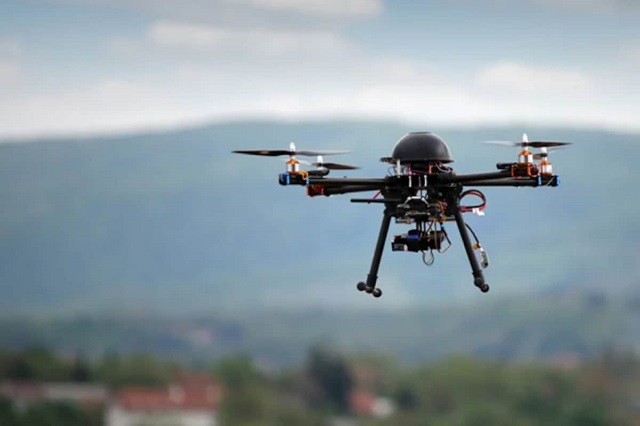 In Pakistan, on 4 March 2022, a man dressed in black and armed with a pistol arrived in a motorized rickshaw with two others near Masjid Asna-e-Ashri in Kucha Risaldar. He then proceeded alone towards the building on foot. He shot at police officers outside the building, killing one and fatally wounding another. He entered the mosque’s main hall and opened fire on the worshippers, who filled the mosque’s two floors. Seconds later, he detonated an explosive vest carrying around 150 ball-bearings and 5 kilograms of explosives, causing a powerful explosion, which ripped through the room. At least 56 or 57 people were initially killed, as well as the perpetrator, and another 196 were injured.

In Karachi, Pakistan, on 26 April 2022, a female suicide bomber killed three Chinese teachers, who were among the passengers on a minibus returning to Karachi University after a lunch break when the bomb exploded at the entrance to the university’s Confucius Institute, killing the Chinese teachers and a Pakistani national.

Al Qaeda has warned India that it will tie explosives to kids and detonate them. Use of women and children as human bombs occurs frequently in Nigeria. Researchers at the Combating Terrorism Center at West Point and Yale University analysed the 434 suicide bombings carried out by Nigeria-based militants Boko Haram since 2011, and found that at least 244 of the 338 attacks in which the bomber’s gender could be identified were carried out by women.

The ISIS-affiliated insurgent group has sent 80 women to their deaths in 2017 alone.

Boko Haram’s use of women as bombers increased following the abduction of 276 female students aged between 16 and 18 from their school dormitories in April 2014. The Chibok Girls’ abduction prompted the global “Bring Back Our Girls” campaign.

Deployment of women and children as suicide bombers usually involves coercion, intimidation and even monetary inducement.

The emergence of drone technology adds an entirely new dimension to the phenomenon of suicide-bombers and drug-smuggling. During 2020-21, the Border Security Force (BSF) seized 61 drones and 633 kilograms of narcotics worth Rs 2,786 crore.

A typical narco-drone is small and inexpensive, which explains their affordability by terror groups. Mini-drones have now started appearing in the market, which makes drug-smuggling and explosives smuggling very simple and cheap. Markets are bustling with a wide array of drones comprising single-rotor drones, multi-rotor drones, fixed-wing drones, fixed-wing hybrid drones, small drones, micro-drones, tactical drones and reconnaissance drones. The Border Security Force has a tough time spotting the wide variety of drones and using the right kind of technology to disable or destroy them. But the biggest danger is the killer-drone.

A UN report states that a Turkish-built quadcopter was used to attack retreating Libyan fighters in 2020. But in what appears to be a first that has many concerned, the device was operating in a fully autonomous mode, hunting down its targets without human intervention. The drone called KARGU is a rotary wing attack drone that has been designed for asymmetric warfare or anti-terrorist operations. It can be carried by a single personnel in both autonomous and manual modes and can be effectively used against static or moving targets through its real-time image processing capabilities and machine learning algorithms embedded on the platform. It is included in the inventory of the Turkish Armed Forces, enabling soldiers to tackle asymmetric terrorist operations and asymmetric warfare.

Such drones are also known as “killer robots,” and are weapon systems that use artificial intelligence to identify, select, and kill human targets without human control. This means that the decision to kill a human target is no longer made by humans, but by algorithms. Many countries are presently engaged in perfecting such killer-drones. These drones are also known as “lethal autonomous weapon systems”.

A Russian “suicide drone” has been spotted in the ongoing Ukraine conflict, which has the capability to identify targets using artificial intelligence. With a wingspan of 1.2 meters, the sleek white drone resembles a small pilotless fighter jet. It is fired from a portable launch, can travel up to 130 kilometers per hour for 30 minutes, and deliberately crashes into a target, detonating a 3 kg explosive.

The Americans have developed the Switchblade 300. A small, low-cost “kamikaze” suicide or killer drones, these unmanned aircraft don’t fire missiles, they are the missiles. But unlike typical missiles, they can circle above a target, wait for the ideal moment and strike with incredible precision, and they can even be programmed to hit targets without human intervention, based on facial recognition and other computer technologies. Many nations are conducting research on “counter drone” technology, but there is, as yet, no foolproof version of it.

In such an ominous environment, a big question mark remains on the safety of our top political leaders, military chiefs, top bureaucrats and intelligence officials. Terror groups have for long been luring engineering graduates into their fold. In a paper published in the European Journal of Sociology, Gambetta and Hertog expound about the profile of the “engineer-terrorist”. The two authors identified a high ratio of engineers in most of the 21 terror organisations that they examined. Sorting the militants according to their 30 homelands showed the same pattern: engineers represented a fifth of all militants from every nation, and nearly half of those with advanced degrees.

A former DGP of Kerala has disclosed that according to inputs, Kerala is a recruiting ground because the people here are educated and the ISIS and other terror groups require engineers and doctors.

The government needs to keep a close watch on engineering colleges and track the students going abroad. Unemployment being high among engineering graduates, the need for money can compel gullible candidates, to seek employment in foreign firms acting on behalf of terror groups. Managements of engineering colleges, especially privately owned, need to be under constant watch, so that they do not allow their colleges to be breeding grounds for terror-recruiters. Campus interviews can turn out to be dicey propositions, if foreign firms are given easy access to simply recruit and walk away. The new trend of online interviews is even more worrisome. There is need for great caution and alertness by enforcement and intelligence agencies.