Washington, July 31: Officials in New York City have declared a public health emergency due to the spread of the monkeypox virus, calling the city "the epicentre" of the outbreak. The announcement Saturday by Mayor Eric Adams and health Commissioner Ashwin Vasan said as many as 1,50,000 city residents could be at risk of infection. The declaration will allow officials to issue emergency orders under the city health code and amend code provisions to implement measures to help slow the spread.

Remnants of China's Long March 5B booster rocket returned to Earth in an uncontrolled manner Saturday, US Space Command said, amid criticism about the potentially hazardous object's descent.
The US military unit wrote on Twitter that the rocket had reentered over the Indian Ocean at approximately 10:45 US Mountain Daylight Time (MDT) or 16:45 UTC/GMT. 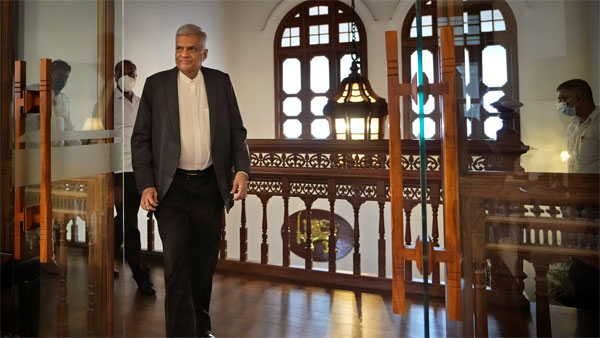 Thousands of followers of an influential Shiite cleric stormed into Iraq's parliament on Saturday, for the second time this week, protesting government formation efforts led by his rivals, an alliance of Iran-backed groups. The alliance showed signs of internal division, with some calling for counter-protests - a development that would raise the spectre of civil strife - while others later urged for dialogue.

US President Joe Biden on Saturday was isolating once again after testing positive for COVID-19 on an antigen test, the White House said.

It comes just days after he had tested negative following a bout of coronavirus.

The White House physician Kevin O'Connor said in a letter published by the White House that Biden would "reinitiate strict isolation procedures."

O'Connor said there was no reason to have Biden undergo a course of treatment at present.

"I've got no symptoms but I am going to isolate for the safety of everyone around me. I'm still at work, and will be back on the road soon," Biden wrote on Twitter.

Flash floods triggered by heavy rains killed seven Iraqi tourists in northeastern Iran on Saturday, Iranian state media reported, the latest in rising casualty tolls as the downpours continue to lash the country. The official IRNA news agency said the tourists were part of a 13-member group of Iraqis visiting Iran. They were travelling in a crammed station wagon on a road near the city of Mashhad, some 900 km (560 miles), north of the capital Tehran, when a flash flood swept their car away. Among the fatalities were five women and the group's Iranian driver.