‘Irresponsible’ to cut back aid now: Q&A with UNDP’s Steiner

The world is “in a bad place and things could easily get worse”, Achim Steiner, administrator of the United Nations Development Programme (UNDP) told Al Jazeera.

He noted a trend among wealthy developed nations to cut back on development financing and humanitarian aid even as need has exploded.

Food and fuel prices have recently skyrocketed. In the wake of the COVID-19 pandemic, millions are impoverished. Developing economies face major debt crises. Hunger is on the rise amid concerning economic and climate change indicators. Humanitarian appeals for protracted conflicts such as Yemen are increasingly falling on deaf ears. And a destructive war is raging in Ukraine, Steiner said.

“It worries me deeply that just 30 years ago the post-Cold War euphoria saw us, in a sense, beyond history, looking at a world that was smarter, more intelligent, that would not look to conflict, wars and invasions as a way of resolving political differences,” he told Al Jazeera.

In his conversation with Al Jazeera this week, Steiner discussed UNDP’s aid efforts in Ukraine and his views on the setbacks to the UN’s landmark 2030 Sustainable Development Goals, how a global recession could spur political crises, and whether the energy crisis has soiled plans to move towards a greener world.

*This interview has been edited for clarity and brevity.

Al Jazeera: How has the world changed since we last spoke last year?

Achim Steiner: The words that come to mind are disruption and distress. Disruption because the impacts of COVID-19 are still playing out in so many countries and economies. And distress because of the additional challenges in the geopolitical arena with Russia’s war in Ukraine, with the now quite evident ripple effects across virtually every country in the world in terms of fuel and food costs.

Al Jazeera: Is enough being done to address the rising humanitarian needs worldwide?

Steiner: We have seen some of the wealthiest nations try to respond to this crisis with more humanitarian financing, but there has been a doubling of the people who are suffering from hunger or are very close to being in a food deficit situation. And we do see the humanitarian appeals not receiving enough funding. And so in countries like Yemen, UN agencies such as UNICEF and the World Food Programme have to cut back their programmes even though we are at almost the maximum level of need.

Al Jazeera: After a deadly global pandemic and currently a war in Ukraine, would you say that the international community has aid fatigue?

Steiner: You would think that this is a moment where nations, particularly wealthy ones, but really the international community, steps up with international institutions that are for coping with crises. But we’re not necessarily seeing that yet. The deficit in financing, the slow pace in which we are stepping up with providing additional liquidity to many developing economies that are already facing a major debt crisis. At UNDP, we still estimate around 80 countries that are vulnerable at this moment in time.

Al Jazeera: Do you see a major recession on the horizon for the global economy?

Steiner: We have millions of people who have been impoverished by the pandemic. Developing nations are facing an extremely risky period right now both from a financial and fiscal sustainability point of view, but also from a political one because we know that when countries default, for instance, as has happened with Sri Lanka, the access to the basic supplies of everyday consumption, be it food, cooking oil, even fuel for motorbikes for transporting people and goods, when they cease to be and people go hungry, you very quickly can enter into a political crisis.

Al Jazeera: How has the UN pivoted its 2030 development agenda now that we have had a global pandemic and a major war in Europe?

Steiner: I think nobody should be surprised that in the midst of a pandemic, which was never factored into the design of that timeline and the quantitative indicators, we will have to rethink some of them. They’re simply not achievable. And in that sense, yes, we have suffered a major setback. We have more hungry people in the world again, we have many more poor people. Let me also be very clear, nothing in what we’re seeing right now would lead me to conclude that we should abandon the Sustainable Development Goals.

Al Jazeera: Turning to Ukraine, UNDP is assisting and trying to support Ukrainian authorities in maintaining the functionality of their government and services, what does that scale of aid look like?

Steiner: Eight million people have been internally displaced and another five to six million are refugees. These people have lost their ability to earn a livelihood. We are looking at the moment at emergency recovery programmes that support the government. Some of this may involve using digital e-government platforms so that internally displaced people can register quickly and be able to receive some of the social safety payments they need. 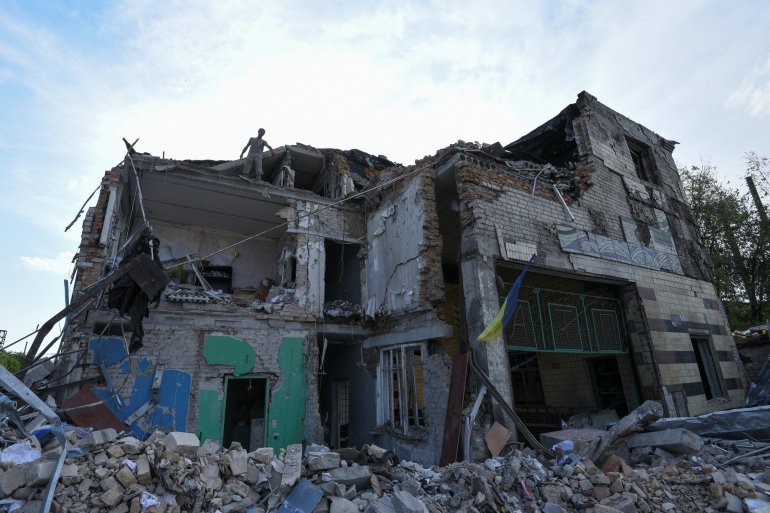 A worker removes debris from a building of a car garage destroyed by a Russian missile, as Russia’s attack on Ukraine continues, in Dnipro, Ukraine [File: Mykola Synelnikov/Reuters]

We are looking also at supporting small- and medium-scale enterprises that may have been disrupted. An estimated 42 percent of these enterprises have ceased operating. We are also engaged with national authorities in removing unexploded ordinance and creating conditions for people to safely return to their homes.

Al Jazeera: How much financing do you see Ukraine needing for reconstruction and rebuilding efforts in the future?

Steiner: If you take the Ukraine government’s figures its abroad estimate ranges in the $100bn mark. But that’s just the physical destruction of buildings, apartment blocks, bridges, factories. Rebuilding an economy will take hundreds of billions of dollars and it’s more than just rebuilding a bridge. You have to rebuild electricity supply networks, transportation infrastructure, the ports, the export economy.

Al Jazeera: The cost of fuel has skyrocketed since the start of Russia’s war in Ukraine. Do you see more countries abandoning plans to invest in renewable, clean energy infrastructure?

Steiner: There are some who think that we should suspend our response to the threat of climate change and go back to essentially the energy economy and infrastructure of the 20th century. I think this is a flawed conclusion. There is no question that we are in a short-term crisis. There are those who say, “Oh, look, Germany is going back to coal.” But this is really the only response the world has because it is so vulnerable to these shocks in the global energy markets. 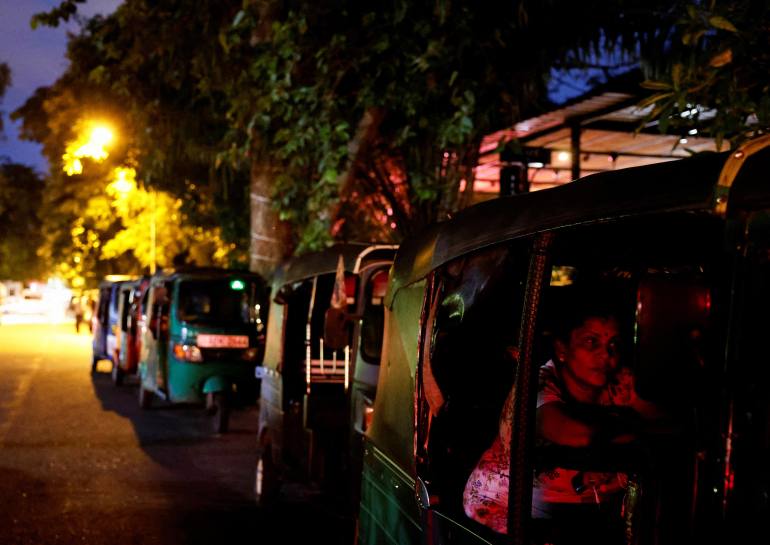 A woman waits in an autorickshaw at a petrol queue caused by a fuel shortage, amid the country’s economic crisis, in Colombo, Sri Lanka [File: Dinuka Liyanawatte/Reuters]

The real solution is investing heavily in renewable, clean energy infrastructure. Right now, anybody who claims that investing in fossil fuel is the cheaper option is simply not looking at the numbers.

Al Jazeera: Governments printed a ton of cash to stabilise economies during the peak of the pandemic. What are the lessons of that we are now seeing?

Steiner: Nobody foresaw that, in the tail end of the pandemic, suddenly we would have a war that would have such a disruptive effect on the global economy. There is enough money in our global economy to take us out of any crisis. Global wealth is estimated at over $470 trillion right now. And as United States Treasury Secretary Janet Yellen recently said, we have all the money to be able to solve most of these short-term problems, but our financial system is simply not geared and our financial policies are not designed to address these issues in ways that helps the world recover quickly.

Al Jazeera: So where does that leave us now?

Steiner: With many countries with their backs against the wall, particularly in the developing world, with no more resources left in public coffers. Stabilising the global economy, stabilising domestic economies, and strengthening our ability to withstand shocks, I would argue that this is in the self-interest of those who have the means to step forward. And that is, why we also see an increasing frustration of countries with one another, including I have to say, the decision by some developed countries in the midst of this crisis to reduce their development financing. This is short-sighted, irresponsible and ultimately, self-defeating.