Home » Jet, Set, Rest! India Wakes Up To Supersonic Roar As 12 Fighter Jets Including French Rafales Land In The Country

Jet, Set, Rest! India Wakes Up To Supersonic Roar As 12 Fighter Jets Including French Rafales Land In The Country

On August 9, nine South Korean Air Force Black Eagle jets landed at the airport in Kolkata, India, while making supersonic sounds that echoed throughout the sky.

These South Korean Air Force supersonic light combat aircraft fighters were returning home from an air show in the UK when they stopped at Kolkata Airport to refuel. On August 8, these planes also touched down in Hyderabad and Ahmedabad for technical assistance.

The team received the same accolades for its exceptional performance at the Airshow a decade ago. The Black Eagles performed a 25-minute show each day of the competition this year, performing complex air maneuvers like the wedge roll and the Taeguk sequence, in which their jets drew the shape of the Korean flag.

Kolkata Airport Authority tweeted on August 10, “Jet, set, rest! After participating in one of the largest aerospace exhibitions held in Europe, these nine striking Korean airforce ferry flights (Aircraft type: T50B) returned from the Airshow in the UK and landed at #KolkataAirport for refueling and crew rest on August 9, 2022.”

Jet, set, rest! After participating in one of the largest aerospace exhibition held in Europe, these 9 striking Korean airforce ferry flights (Aircraft type: T50B) returned from the Airshow in UK and landed at #KolkataAirport for refueling and crew rest on 9th August 2022. pic.twitter.com/QEIPLBnBCD

Generally, two planes departing from the Kolkata airport typically leave one minute apart, according to an airport official. However, the South Korean team left the airport in three jets on August 9.

“For the operation of civilian flights, strict guidelines maintain a safe distance between two aircraft. Usually, the minimum separation is 9.3 kilometers around Kolkata airport and 18.5 kilometers after that. Since these are military aircraft that fly in formation, they have their separation requirements,” said the Airport Official. 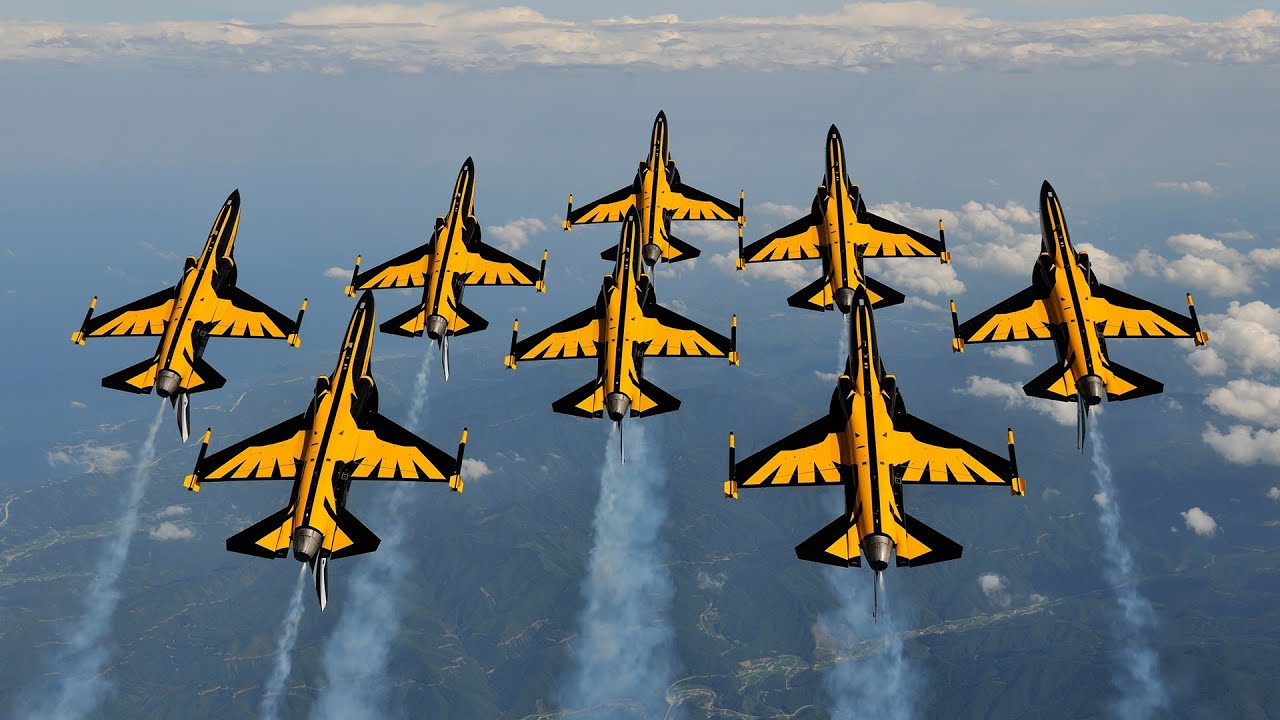 Gangwon Province serves as the base for the ROKAF aerobatic team, which has performed in various airshows and ceremonies worldwide. Black Eagles pilots fly T-50B aircraft in the air shows.

On August 10-11, a French Air and Space Force contingent, including three Rafale jets, made a strategically significant stopover at the Indian Air Force’s Sulur base in Tamil Nadu. The French contingent in the Indo-Pacific is carrying out a crucial long-range mission with the codename Pégase 22.

The refueling and layover at the Indian Air Force airbase in Sulur, close to Coimbatore in Tamil Nadu, showed a high degree of mutual trust and interoperability between the two air forces.

In addition, the assistance the Indian Air Force gave the French force demonstrated the implementation of the reciprocal logistics support agreement secured by France and India in 2018 to advance military cooperation.

The French ambassador to India, Emmanuel Lenain, praised the Indian Air Force for its contribution to this operation’s success and noted that France is a resident power in the Indo-Pacific and that “this ambitious long-distance air power projection demonstrates our commitment to the region and our partners.”

The ambassador said it only makes sense that France would rely on India, their top strategic partner in Asia, to complete this mission. He expressed his sincere gratitude for hosting the French contingent.

On August 10 and 11, the French contingent was hosted for a technical stopover at Air Force Station Sulur as part of a long-distance deployment from metropolitan France to the Pacific Ocean, according to a French readout. 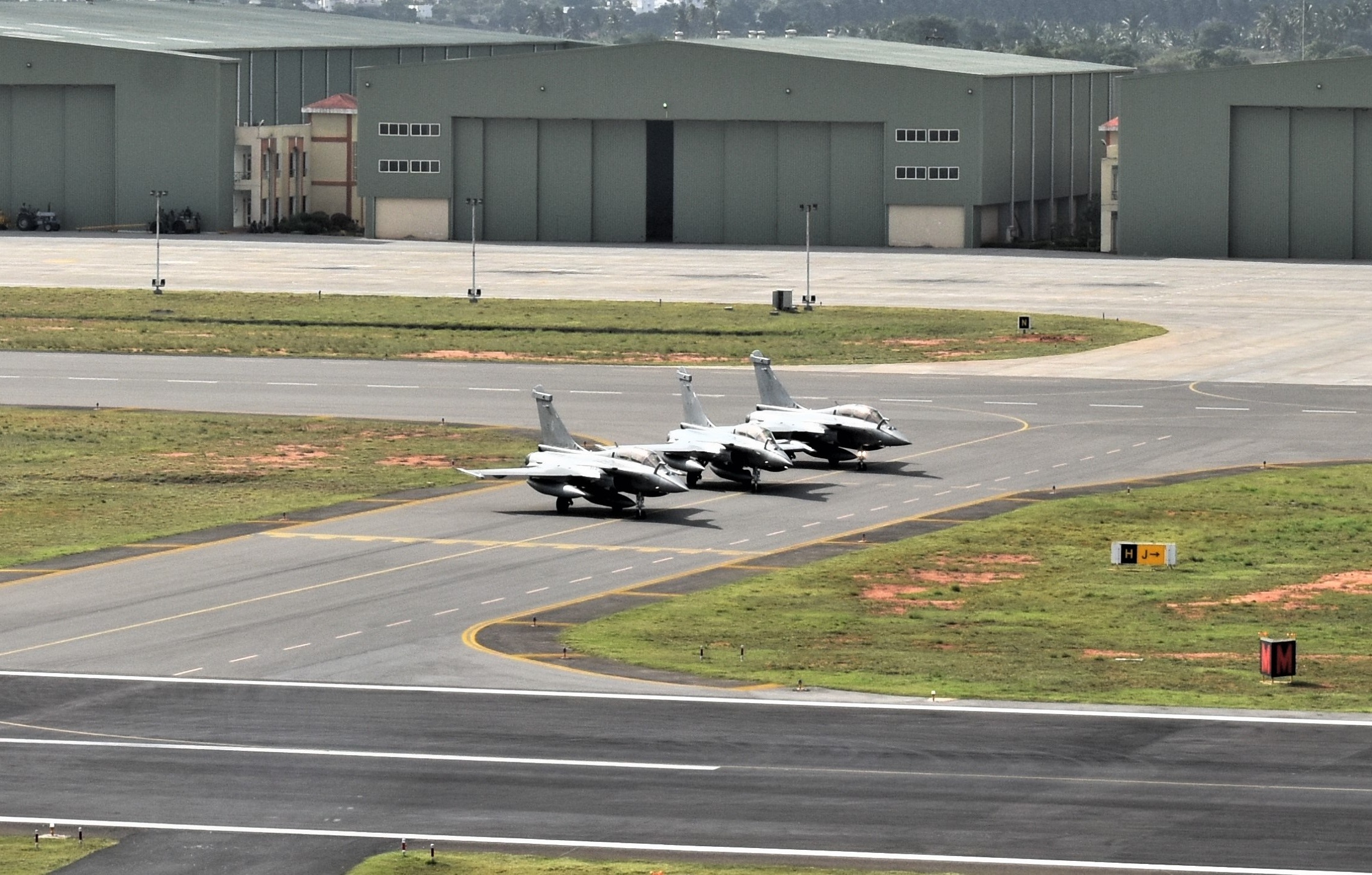 The French Air and Space Force is conducting a crucial long-range mission in the Indo-Pacific from August 10 to September 18 under the code name Pégase 22, according to French officials who provided details about the operation.

This mission’s first phase (10th-12th August) involves sending an Air Force contingent from France’s capital to the French territory of New Caledonia in the Pacific Ocean in less than 72 hours to illustrate France’s capability for long-distance air power projection.

In the next phase of the Pégase 22, the French Air Force will participate in the “Pitch Black” air exercise, which will take place in Australia from August 17 to September 10. This multinational exercise will also include participation from the Indian Air Force, Australia, Japan, the United States, Germany, Indonesia, Singapore, the United Kingdom, and South Korea.