Home » Malaysian elections and the role of the next generation

Malaysian elections and the role of the next generation 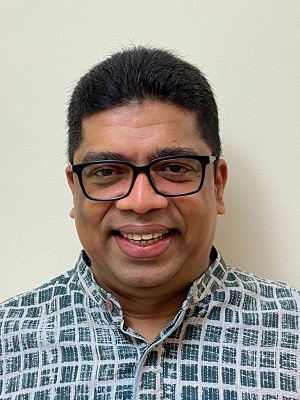 There is something about Malaysia, something special that you cannot describe unless you have lived there. The people in Malaysia are kind, friendly and always willing to lend a helping hand. There is more natural beauty in every nook and cranny of Malaysia than anyone will ever get to see in a single lifetime, from lush forests and pristine mountains to spectacular beaches and magnificent coral reefs. The ‘tiger cub’ economy not only survived Covid but is bouncing back strong.
And yet, the country feels like it is at a crossroads, and GE15 may well determine the destiny of the country. In many ways, this election will determine whether Malaysia will stay on the path to becoming a first world developed nation, or whether it will fall into stagnation or worse.

The future of any country rests with the best and the brightest of its youth. Unlike at any other election since independence, the youth – those aged 18 to 30 – will make up nearly a third of the electorate. In today’s globally connected world, the things that matter to these young Malaysians are very similar to the priorities of their peers who are beginning to decide the fates of governments everywhere.
This may be the first generation that doesn’t naturally inherit the political allegiances of their parents. They know more than their parents or grandparents about what they are entitled to expect, based not on historical standards, but on what rights and opportunities are available to their peers abroad. They value equality of opportunity, freedom from corruption and persecution and the efficiency and transparency of government service. By and large, they have little interest in nationalist or ethnic group identities or preserving patriarchies and patronage networks.

The post-independence baby boomer generation of Malaysians shaped the country into a prosperous tiger cub economy, with resilience guaranteed through the rest of the 20th century by vibrant export industries from agriculture to electronics. Had the best and brightest of this generation instead decided to leave Malaysia for greener pastures, Malaysia may not have become the country it is today.
To repeat this feat in the 21st century, the future of Malaysia will largely be up to the nearly five million youth who are registered to vote for the first time in their lives this week, in GE15. If their aspirations are not met, the most talented of these youth, with the most advanced education from here and abroad, have the option of voting with their passports, and emigrating from Malaysia to any one of several liberal democracies who will recognize them for their skills and qualifications and not judge them by their ethnicity, gender or personal lives.
One need only take nearby Sri Lanka to see an example of the gravity of these risks. Once upon a time, none other than Lee Quan Yew saw Sri Lanka as a country for Singapore to emulate. But through successive generations of nationalist and exclusionary policies coupled with economic mismanagement of increasing orders of magnitude, one generation of Sri Lankans after another began to give up on their country. Many of the most hardworking, talented and ambitious Sri Lankans decided to go and succeed elsewhere.

What often surprises people is that this brain drain in Sri Lanka was not limited to the Tamils, Muslims and Christians who felt like second-class citizens at best, or at risk of being hunted down and persecuted for their ancestry. Many from the majority Sinhala Buddhist community or the societal elite, who benefited the most from majoritarian privilege policies, also decided to flee, not because they could not live like kings, but because they were ashamed to do so to the detriment of others.

Anywhere in the world, the vast majority of talented, successful and hardworking people have come to learn from experience that a system that gives people preferential treatment due to their ancestry, their family name or their family friends, will never create a culture that allows the best ideas and best initiatives to flourish. Such places will always remain at least two steps behind egalitarian countries that have risen above such pettiness.

Between independence and today, Sri Lanka suffered several youth-led rebellions. Until this year, they were marked by bloodshed. In 2022, the internet, social media and sheer desperation united Sri Lankan youth to take to the streets and throw out their president in a largely peaceful movement. Never until this year had Sri Lanka’s youth had the knowhow, wherewithal and support they needed to exact serious political change. Never had an economic crisis in Sri Lanka led youth to unite across ethnic, religious and gender lines.

Malaysia is at no risk of the sort of economic calamity that has stricken Sri Lanka, but it won’t take a calamity to disenchant Malaysian youth. At this crossroads, they will want to see their country evolve into a society that can compete shoulder to shoulder with developed nations, by building out the societal features that make such nations so successful.

So, it should surprise no one if the majority Malaysian youth, who are about to vote for the first time, will not be swayed by nationalist promises of preferential treatment for them over their ethnic Chinese or Indian peers in the same way that their parents were. Virtually every one of them has access to the internet and can see for themselves what features developed countries have in common.

We should expect them to take for granted the privilege they have all been born with, as citizens of the first country in the world to have issued a biometric passport, a passport that today can be used to visit most of the world without having to apply for a visa. It will be lost on them how incredible it is that Malaysians can get a passport issued in a matter of hours when the same process takes days, weeks or months in countries like the United States, Canada, Australia and the United Kingdom.

They will instead demand efficiency where it currently does not exist across government service. They will want to see a level playing field across all state-driven activity in education, and public services for those of all ethnicities, genders and religious persuasions. And most of all, as a generation that grew up roiled by the $7.5 billion 1MDB scandal, they will want to see a form of governance that will credibly combat corruption at every level. In short, they will want to see politicians push to make Malaysia closer resemble Singapore than Sri Lanka. They won’t be divided and conquered.

In many ways, the policy vision of PK’s prime ministerial candidate Anwar Ibrahim may most resonate with this view. Anwar has long championed intellectually driven and egalitarian policymaking, perhaps long before his time. GE15 may be Anwar’s last chance to bring his vision of modern government to reality, but many youth may see it as the last chance for them to feel like they belong in Malaysia and not elsewhere.

But there are options for those who may find voting for PK unpalatable, especially those who voted for them in GE14 and hold them responsible for the last two years of political turmoil. Even the quintessentially Malay-centric UMNO has highly educated, young, open-minded and forward-thinking candidates within its ranks, such as the Oxford and London educated Khairy Jamaluddin, or KJ, who rose to national prominence from his role leading the PICK national immunization program for Covid-19.

For all its faults and the bumpy rollout that have been fairly criticized, the fact remains that to-date, the team that KJ assembled has led one of the most successful national immunization programs of the pandemic, surpassing even several advanced countries in Europe and the Americas in having fully vaccinated over 80% of Malaysian residents to-date. To put this in context, the USA and Indonesia have both fully vaccinated under 70% of their residents to-date, a milestone that Malaysia surpassed over a year ago. Young Malaysians cannot be faulted for wondering what could be achieved if such capable teams were deployed to increase the efficiency, equality and professionalism of government services in every aspect of public life.

They will also respect KJ’s transparency, as a politician who does not fear going before the press and answering hard questions even during the tumultuous rollout of PICK. Younger voters will also be drawn to the kind of honesty and vulnerability he brings to the national stage. Malaysians are unlikely to forget how authentically he talked about his growth as a father as he grew closer to one of his differently abled children who has been diagnosed with a condition on the autism spectrum.
KJ has been criticized by senior leaders in his party for openly voicing his future leadership ambitions, but this sort of criticism is unlikely to sit well with young Malaysians who would like to see more fresh faces in the upper echelons of political leadership. There will be other KJs in every party, some contesting for the first time this week.

In the likely event that no single party or coalition is able to assemble a majority, it will be up to rational and relatively liberal minded politicians from all sides to overcome their differences. The only way for them, and thus Malaysia, to succeed may be if they can assemble a grand coalition of ideas rather than ideologies, transcending party politics and ethnic divisions.

Malaysia can continue to advance and stun the world if the generation that can make that happen remains proud to call Malaysia their home. Many of them are jubilant about their new right or entitlement to vote. But they must remember that casting a ballot is not merely a privilege, it is a responsibility.

To all those who were automatically registered to vote and will do so for the first time this Saturday, spend these last few days learning more about the candidates you have to choose from, and to cast your ballot for whoever among them you feel is most likely to help build the Malaysia in which you would one day be proud to raise your children.