Nationwide raids on Muslim group PFI in India, over 100 arrested

India’s top investigation agencies have conducted nationwide raids on a prominent Muslim organisation and detained more than 100 of its members, accusing them of having terror links.

The simultaneous raids on the offices of the Popular Front of India (PFI) and homes of its members were conducted by the federally controlled National Investigation Agency (NIA) and the Enforcement Directorate (ED) in nearly a dozen states on Thursday morning.

Most of the arrests were made in the southern states. In Kerala, where PFI enjoys considerable influence in Muslim-majority areas, 22 people were arrested.

India’s NDTV network said at least four PFI members have been charged under the Unlawful Activities Prevention Act (UAPA), a stringent terror law under which a person can spend years in jail without trial since the legislation has tough bail provisions. 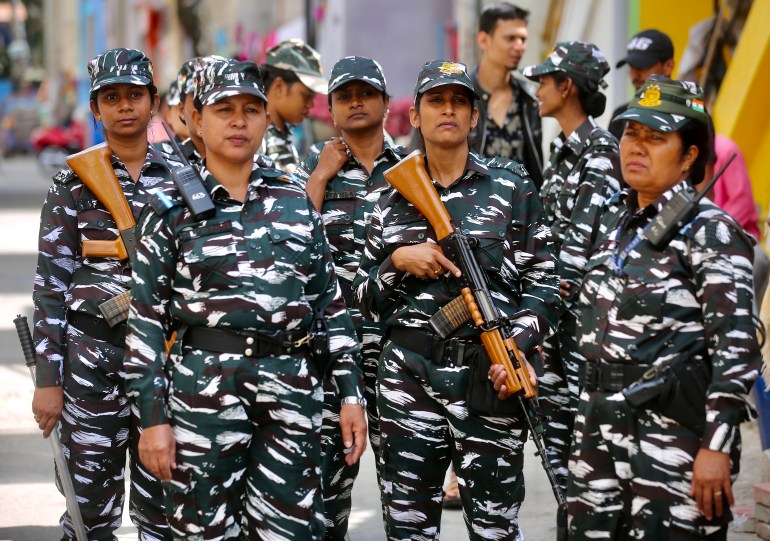 The PFI was established in 2007 after the merger of three Muslim groups – the National Democratic Front in Kerala, the Karnataka Forum for Dignity in Karnataka, and the Manitha Neethi Pasarai in Tamil Nadu.

In 2009, the organisation formed its political wing, the Social Democratic Party of India (SDPI), to contest elections.

PFI says it works for the rights of Muslims and other marginalised communities in India. But right-wing Hindu groups, including the ruling Bharatiya Janata Party (BJP) accuses the group of violent attacks on its members.

“We don’t have problems with running an organisation or bringing together Muslim community. But taking the name of this country and spreading terrorism, then there is a need to take action. I welcome the NIA and ED raids,” Athawale told reporters.

“PFI should change itself if they want to live in India … They should stand with India.”

But the PFI called the NIA and ED raids a “witch hunt” by Prime Minister Narendra Modi’s Hindu nationalist government.

“Popular Front will never ever surrender on any scary action by a totalitarian regime using the central agencies as its puppets and will stand firm on its will for recovering the democratic system and spirit of the constitution of our beloved country,” it said in the statement shared with Al Jazeera.

The raids sparked protests in several parts of Kerala, where the PFI has called for a strike on Friday. 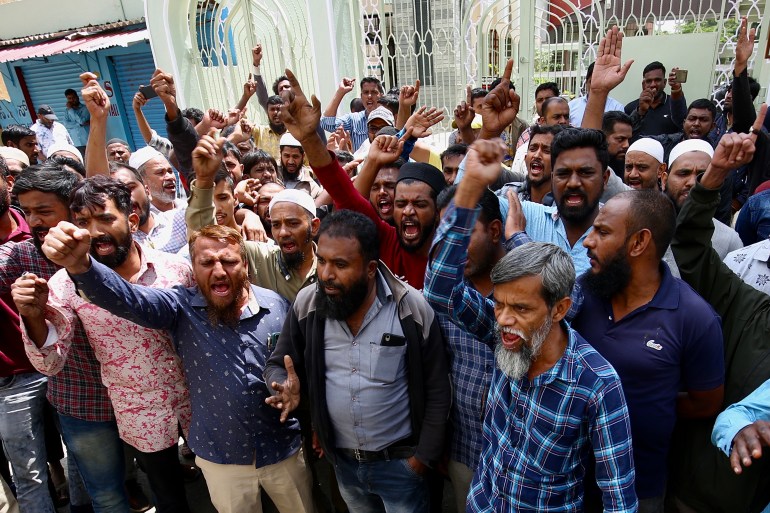 Members and supporters of PFI protest against NIA raids, in Bengaluru [Jagadeesh/EPA]

Rights activists have accused the government of using investigative agencies to harass and intimidate groups critical of its policies. Muslim organisations have particularly come under attack and are often accused of terror links, they said.

“There are Hindu supremacist organisations and their leaders who are regularly giving calls of violence against Muslims. How come their organisations face no scrutiny whatsoever, let alone raids and all? Those people are allowed to go free, they are not punished,” activist Kavita Krishnan told Al Jazeera.

Krishnan said the raids – which she described as “Islamophobic profiling” – were reminiscent of the ones conducted against another Muslim group, the Students Islamic Movement of India (SIMI) in 2000.

“We know what happened as a result of those raids (on SIMI). So many innocent people who were not implicated in any crime were profiled and implicated in so many cases. They were acquitted much later in those cases and found innocent. They unnecessarily had to spend time in prison,” she said.

“The danger is that PFI is also going to result in a similar kind of situation.”

SIMI, which was formed in 1976, was banned soon after the 9/11 attacks in the United States. Many people alleged to be linked with the group were arrested on terrorism charges. Most of them were freed after spending years in jail and the courts not finding any evidence against them.

In one incident in 2001, 127 Muslim men were arrested during a seminar in Gujarat state and accused of terror links. Last year, a local court acquitted all of the men, declaring them innocent. Five of them died during the trial.