The apprehension was made based on information revealed by the suspects of a local fishing trawler which was held during a special operation carried out by the Navy in waters west of Beruwala on 05th January. The same operation also led to the seizure of 23kg and 235g (including packages) of heroin smuggled by those suspects.

In order to curb illegal activities, including the smuggling of drugs via sea routes, Sri Lanka Navy conducts regular patrols and operations in the coastal and beach areas of the island. According to a coordinated operation carried out by the Navy together with other intelligence services, it has been revealed that a number of local multi-day fishing trawlers are involved in the smuggling of drugs into Sri Lanka. 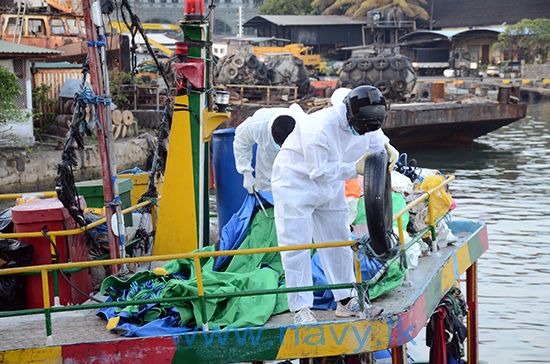 During the apprehension made by SLNS Wickrama II on 05th January off Beruwala, 22 packages of heroin weighing 23kg and 235g (including packages) were recovered from the suspicious trawler (Reg. No. IMUL–A–1610–MTR Kingfisher – 6). Along with the consignment of narcotics, 05 suspects and the drug-carrying trawler were also taken into custody.

Based on information revealed by the suspects apprehended in that operation, two (02) more local multi-day fishing trawlers (Reg. No. IMUL–A–1888–MTR Kingfisher – 8 and IMUL–A–2029–MTR Kingfisher – 3) suspected of smuggling drugs to Sri Lanka were intercepted off the western coast by SLNS Gajabahu on 07th and 08th January. 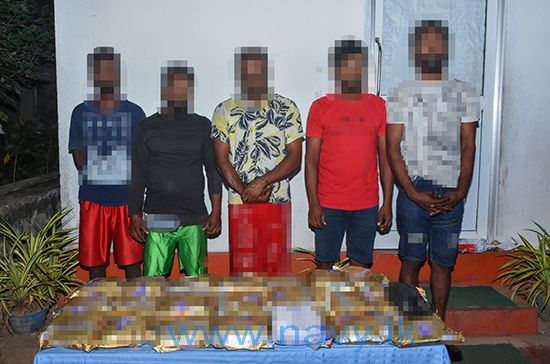 During interrogation, the suspects aboard those trawlers admitted that they had thrown the stocks of narcotics overboard with the presence of the Navy. The interrogation also revealed that drug traffickers have developed a new strategy in which they remove inside components of the multi-day fishing trawlers’ Radar Domes and conceal drugs within.

The 02 fishing trawlers brought ashore are currently being inspected. Meanwhile, the fishing trawlers and 10 suspects will be handed over to the Police Narcotic Bureau for onward legal proceedings. 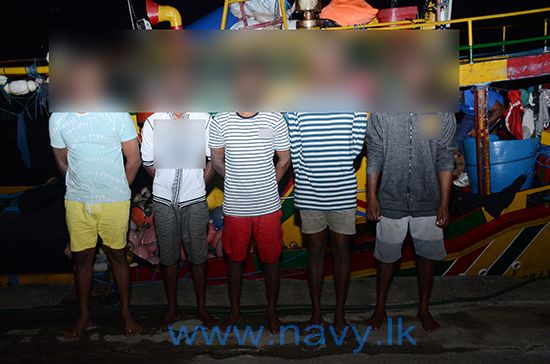 Going by the directives of the President and guidance of the Secretary of Defence, General Kamal Gunaratne (Retd) a range of anti-drug operations are being conducted across the island in order to eradicate the menace of drugs from the country. In this regard, Sri Lanka Navy in coordination with law enforcement agencies, too plays a pivotal role under the able leadership of Commander of the Navy, Vice Admiral Priyantha Perera, continuing operations to apprehend smugglers engage in such illegal acts in the guise of fishing.