written by MIAP Sun Jul 03, 7:25 pm Source
Globalization was seen by much of the western public as the ultimate project of the neoliberals, conceived by people in fancy boardrooms who made money out of trading in money and shamelessly exploiting the privations of the poor. We are living with its consequences today. Sri Lanka is simply the most proximate and visible manifestation of a broader global crisis.

The economic crises being undergone by a number of countries today, most strikingly, in our own neighbourhood, Sri Lanka, emerge from a larger trend epitomised by the setbacks endured by the globalization experiment with the recession of 2008-09. There were two paradoxical precursors to this development: the advent and spread of neoliberalism, and the backlash in developed countries to globalization. The former saw the dominance, in the world’s macro-economic thinking, of what became known as the ‘Washington Consensus’, whose custodians were not just the governments of the US and its allies but also international organizations such as the World Bank, the International Monetary Fund, and the World Trade Organization. The latter, the backlash against globalization, reflected the crumbling of that consensus at its very source.

A snapshot of the protest outside Sri Lanka President’s home. Photo:AFP

The doctrine of neoliberalism is commonly attributed to the Austrian-British economist Friedrich August von Hayek, hailed by Margaret Thatcher and Ronald Reagan as their inspiration, whose impact on economic policy in the era of globalization, thanks to the dissemination of his ideas by acolytes like the American economist Milton Friedman, was immense. Hayek’s was a philosophy that went beyond economics, for he conceived of society itself, in the British writer Stephen Metcalf’s brilliant summary, ‘as a kind of universal market (and not, for example, a polis, a civil sphere or a kind of family) and of human beings as profit-and-loss calculators (and not bearers of grace, or of inalienable rights and duties)…. [Hayek’s neoliberalism] was a way of reordering social reality, and of rethinking our status as individuals.’ Hayek constructed neoliberalism as sufficient unto itself: the deregulated market would function as the overarching ‘mind’ that would govern and direct all human affairs, protecting individuals against the excesses of governments, whose only job was to keep the market free. Individuals would, of course, act in their economic self-interest, but the product of their choices would lead to better results than governments could craft through policy interventions. 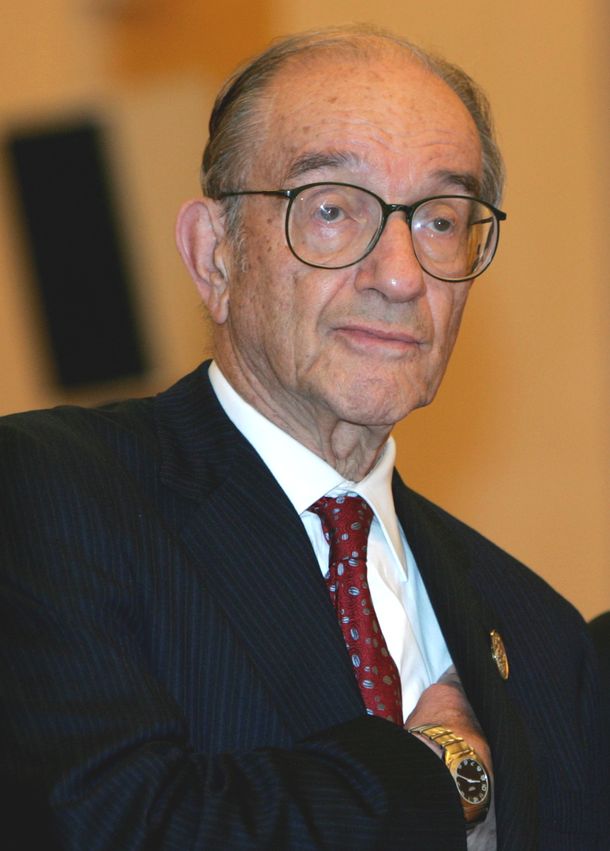 Rampant economic growth and what was dubbed (by the American economist and Federal banker Alan Greenspan) as the ‘irrational exuberance’ of the 1990s, especially after the fall of the Soviet Union and the collapse of the Berlin Wall, led the world into a period of widespread financial deregulation and privatization, expanding free trade, the creation of businesses whose supply chains cut across many countries, and a worldwide illusion of perpetually rising prosperity. Neoliberalism came into its own, privileging a heady cocktail of free-market policies, including deregulating capital markets, lowering trade barriers, eliminating price controls, establishing global supply chains, rampant privatization, and the reduction or abandonment of state welfare for the poor, often accompanied by austerity measures to bring fiscal policies in line with what western ratings agencies wanted to see.

But the seeming success of economic globalization also facilitated the illusion of the ‘end of history’ (seen as the ultimate triumph of liberal democracy and capitalism), the heedless and hubristic military adventurism of the ‘global war on terror’, including disastrously unsuccessful wars in Afghanistan, Iraq and Syria, which displaced nearly 20 million people (among the largest refugee crises in modern history), all of which in turn led to the market crash, and an unprecedented level of inequality and suffering among the working-class of the developed world. The top 1 percent of the global population came to own half the world’s wealth, while the bottom 70 per cent had less than 3 per cent. With the Great Recession that began in 2008-09 and political convulsions in a number of countries, what Metcalf calls ‘the militant parochialism of Brexit Britain and Trumpist America’ was the result, as was rising ethno-nationalism, populist authoritarianism, and illiberal democracy in a slew of countries. There was an inevitable relationship between the utopian ideal of the free market and the troubles of the present. Our descent into a post-truth world and illiberalism in many countries followed. 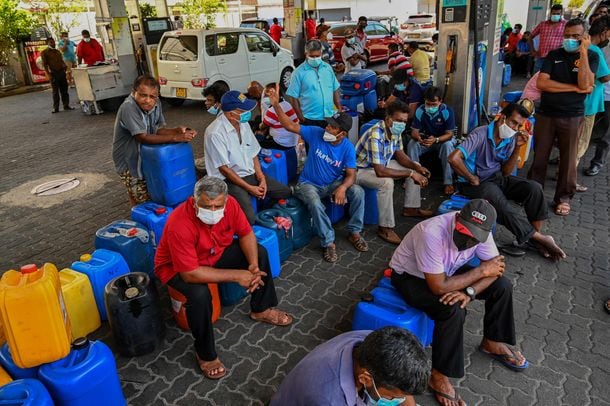 People wait in a queue to buy diesel at a Ceylon Petroleum Corporation fuel station in Colombo. Photo: AFP

As the Canadian journalist Tyler Stiem explains, the problem was that neoliberalism’s pretensions of universalism and over-idealisation of the market ignored the deep inequality that existed between and within nations. Because neo-liberalism was seen as a broad, one-size-fits-all solution to the challenges facing impoverished and traumatised nations (whether post-Soviet or post-colonial, or as in Sri Lanka’s case, post-civil war) it proved disastrous for many. In June 2016, three economists in the IMF’s Research Department officially and openly questioned neoliberalism in a prominent paper. While praising aspects of the neoliberal agenda-the poverty alleviation made possible by the expansion of global trade, the transfer of technology to developing economies and the ‘more efficient provision of services’ resulting from the privatization of state-owned enterprises-the authors concluded that the benefits of increased growth ‘seem fairly difficult to establish’, that inequality increased as a result of neoliberal policies, and that this in turn hurt the level and sustainability of growth.

Interesting recent work by the Canadian historian Quinn Slobodian argues that neoliberals used states and global institutions-the United Nations, the European Court of Justice, the World Trade Organization, and international investment law-to insulate financial markets against sovereign states, resist political change, and stave off turbulent democratic demands for greater equality and social justice. Far from discarding the regulatory state, neoliberals wanted to harness it to their grand project of protecting capitalism on a global scale. It was a project, he suggests, that changed the world, but that was also undermined time and again by the inequality, unrelenting change, and social injustice that accompanied it.

A backlash was inevitable. Much of twenty-first century nationalism, it can be argued, is shaped by the current crisis of globalism. Kenichi Ohmae’s classic bestseller The Borderless World argued persuasively in 1990 that national borders are less relevant than ever before in the new globally interlinked world economy. His certitudes did not survive three decades. Globalization was seen by much of the western public as the ultimate project of the neoliberals, conceived by people in fancy boardrooms who made money out of trading in money and shamelessly exploiting the privations of the poor. The predictable reaction followed. We are living with its consequences today. Sri Lanka is simply the most proximate and visible manifestation of a broader global crisis.