Home » Opinion: Sri Lanka's mass uprising against its ruling family is 13 years in the making – The Globe and Mail

Opinion: Sri Lanka's mass uprising against its ruling family is 13 years in the making – The Globe and Mail 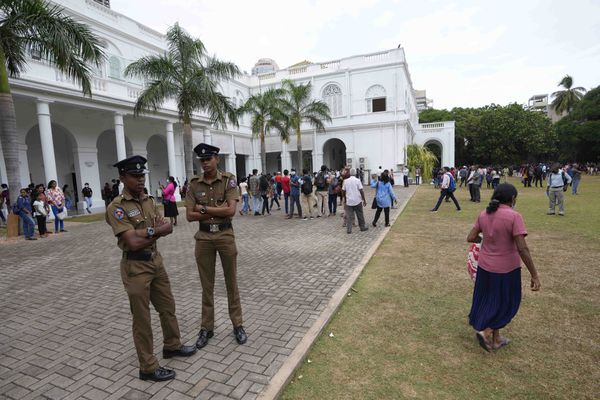 It might look as if the economic tensions of 2022 have come home to roost on an island at the bottom of the Indian subcontinent, where thousands of protesters this weekend stormed the presidential palace, took a swim in the president’s pool and torched his documents as he fled to an unknown location.

In fact, Sri Lanka’s popular uprising, which appears to have driven president Gotabaya Rajapaksa out of office, is far more dramatic than that, as it puts a cap on long “lost decade” that has turned a moment of great optimism at the end of the country’s civil war into 13 years of economic mismanagement, lavish corruption and precipitous decline under one family’s rule.

By reportedly confirming on Monday that he will be resigning the presidency, following the similar protest-driven departures this spring of his brothers from the offices of prime minister and finance minister, Mr. Rajapaksa effectively put an end to nearly 17 years of his family’s control of the island nation.

In the eyes of many outside observers, Sri Lanka is a post-pandemic warning – one of many less-developed countries that have been hit hard by the rising prices, supply shortages and higher borrowing costs provoked by the global economic recovery and the war in Ukraine, and whose people have turned those frustrations against their political rulers.

But Sri Lanka’s crisis is far deeper and lengthier. To understand its origins, you need to look back to the decades of war that brought the Rajapaksas to power.

By most measures, Sri Lanka should be one of Asia’s great economic powers. It enjoys a much higher standard of living than its South Asian neighbours – its people are three times wealthier, measured by per capita income, than those of India and Bangladesh – and the country has a strong historical industrial base in textiles and tea, is well connected to trade routes and has a good education rate and a traditionally robust tourism industry.

Those attributes were threatened, but not eliminated, by the civil war that periodically inflamed the island between 1983 and 2009. It pitted the country’s Sinhalese-speaking Buddhist majority against the Liberation Tigers of Tamil Eelam (LTTE), a separatist army of Tamil-speakers, who are generally Hindu, Christian or Muslim. The LTTE established a militaristic pseudo-state in the country’s north and waged an ugly on-and-off independence war.

It was the revival of that war that first brought the Rajapaksas to high office. In 2005, Mahinda Rajapaksa, Gotabaya’s older brother, was elected president by a slim margin on a hawkish platform.

He immediately scrapped the ceasefire that had produced several years of comparative peace, ended internationally brokered negotiations and appointed his brother Gotabaya, an outspoken military veteran, in charge of the Sri Lankan military. Gotabaya took a brutal total-war approach to the conflict, declaring that any Tamil is a potential target.

The surrender of the LTTE in 2009 virtually guaranteed the Rajapaksa family’s hold on power and a years-long political honeymoon. Rather than making a bid for national unity, the president launched what was widely seen as a campaign of Buddhist chauvinism and Tamil repression. The brothers appointed another sibling, political fixer Basil Rajapaksa, to a cabinet position that put him in charge of economic development.

The war had left Sri Lanka with formidable debts. Rather than seeking help from the International Monetary Fund or major lenders, however, Basil chose to borrow more, both to finance infrastructure megaprojects and, it soon emerged, to enrich himself and his brothers.

After Western countries stopped dealing with the regime, alarmed by war-crimes accusations and reports of corruption, Basil turned to Iran and especially China as lenders. This resulted in more debt-laden megaprojects, including an international airport and a sea port, both all but unused.

After a four-year period in opposition, the Rajapaksas returned in 2019 with the election of Gotabaya to the presidency and the appointment of Mahinda as Prime Minister (Basil became finance minister in 2021).

As the pandemic-era collapse of tourism and trade deprived the economy of foreign exchange to pay its debts, the brothers launched a series of expensive schemes that caused greater damage. They attempted to ban imports, which drove up consumer prices. And, in 2021, they ordered the country’s tea and rice farms to switch immediately to organic techniques, which have far lower crop yields and, as they involved a ban on needed fertilizers, produced a near-total crop failure in 2022, in a country whose diet relies on rice.

The economic mismanagement caused Mr. Rajapaksa’s entire cabinet to quit this year, and then his replacements to step down. The Sri Lankan people were not having it – taking to the streets in the hundreds of thousands, they first won Mahinda and Basil’s resignation, and now appear to have rid themselves of Gotabaya. Those dramatic departures may not soon end their economic misery, but at least get to their long-simmering root causes.

Keep your Opinions sharp and informed. Get the Opinion newsletter. Sign up today.