This was stated when a group of leading Canadian business community representatives headed by Member of Parliament Rachel Thomas called on the Prime Minister at the Prime Minister’s Office in Colombo on November 3. 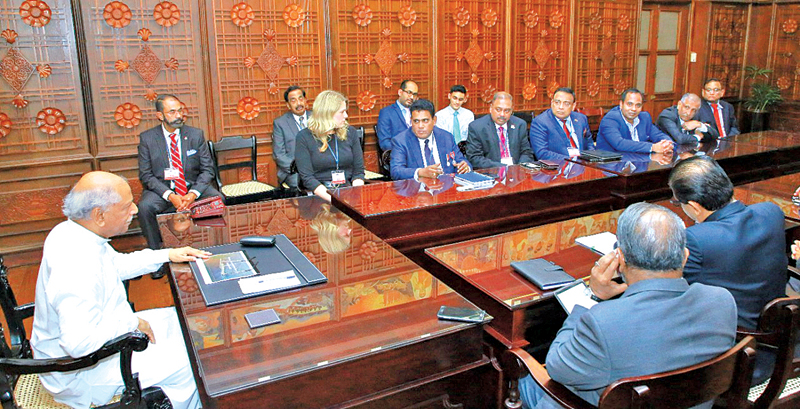 The delegation, which included leading Tamil and Sinhala businessmen in Canada, assured support for the efforts to develop Sri Lanka’s economy to overcome the current crisis.

The Canadian business community said that they hope to increase the friendship with Sri Lanka and also expressed their desire to support the young entrepreneurs in Sri Lanka to build their enterprises. They urged the Government to remove unnecessary delays in approving foreign investment proposals and pointed out many Asian countries have speedy processes that have enhanced the investor confidence.

The Prime Minister briefed them on the steps taken to stabilise the economy and urged the expatriate business community to invest in Sri Lanka.

He said the support of Canada’s business leaders is also important for this purpose of rebuilding the economy. He listed out several fields with high potential for investment such as information technology, agriculture, fisheries and renewable energy.