Colombo, July 13: Sri Lankan prime minister Ranil Wickremesinghe on Wednesday took over as the acting president, hours after Gotabaya Rajapaksa fled to Maldives amid protests against him in the country, Reuters reported.

Parliament Speaker Mahinda Yapa Abeywardena announced that President Rajapaksa has appointed Prime Minister Wickremesinghe to act to perform his functions while he is abroad. This was under article 37(1) of the Constitution, he said.

''As President Gotabaya Rajapaksa is not in the country, Prime Minister Ranil Wickremesinghe was appointed to perform and discharge the duties and functions as per the constitution,'' said Speaker Mahinda Yapa Abeywardena. The Speaker said that he was informed about it by the President.

''PM becomes acting President only if President appoints him, his office falls vacant, or CJ in consultation with Speaker forms view that President is unable to act. Without these, PM can't exercise President's power & can't declare a curfew,'' he said.

In the absence of any of these, the PM cannot exercise the powers of President, and cannot declare curfew or a state of emergency.

Meanwhile, the protesters who had arrived in large numbers at the PM Office have surrounded the building. The PM Office had earlier corrected that a state of emergency would only be declared after his appointment as the acting President. The curfew, however, was in force.

The Prime Minister has also ordered the security forces to arrest people acting in a riotous manner.
President Rajapaksa, 73, left the country along with his wife and two security officers on a military jet, a brief statement from the Sri Lanka Air Force said. 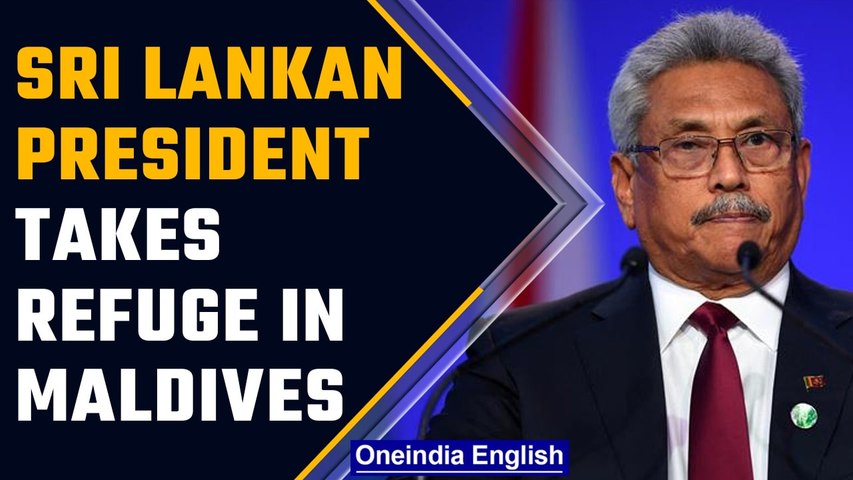 On Saturday, Rajapaksa had announced to step down on Wednesday after thousands of protesters stormed his official residence, blaming him for the unprecedented economic crisis that has brought the country to its knees.

As the news of Rajapaksa's departure spread, an enthusiastic crowd gathered in Galle Face Green chanting the popular phrase Aragalayata Jayawewa, or "Victory to the struggle" in Sinhalese and "Go home Gota".

The Police fired tear gas on protesters who had gathered near the PM office. The protesters broke through a barricade despite tear gas and stormed the prime minister's office, calling for his resignation.

The protesters continue to occupy the three main buildings in the capital, the President's House, the presidential secretariat and the prime minister's official residence, Temple Trees, calling for their resignations.

Sri Lanka, a country of 22 million people, is under the grip of an unprecedented economic turmoil, the worst in seven decades, leaving millions struggling to buy food, medicine, fuel and other essentials. Prime Minister Wickremesinghe last week said Sri Lanka is now a bankrupt country.