President as a ‘philanthropic democratic’ leader set a great example to world: Chancellor of Ruhuna University

The President as a philanthropic democratic leader has set a great example to the world – Chancellor of the Ruhuna University, Ven. Dr Akuratiye Nanda Thera

As a democratic leader, President Ranil Wickremesinghe has set a valuable example to the world by passing the 22nd Constitutional Amendment, said Ven. Akuratiye Nanda Thera, Chancellor of the Ruhuna University.

He said during a sermon of the Katina Maha Punyotsavaya of the Sedawatta, Veragoda Purana Viharaya, which was held this morning (22) under the patronage of President Ranil Wickremesinghe.

He also noted that this action taken by the president to relinquish the dictatorial powers of the presidency to the parliament will surely lead to the development of the country.

This annual Katina Pinkama was organized on the directives of Ven. Ambanwela Gnanaloka Thera, the Chief Incumbent of the temple.

President Wickremesinghe participating in the Katina Pinkama rituals this morning, also took part in the Katina Cheevara Pooja and offered almes to the monks.

It is a very important process at a time when the President is preparing to start a new era in this country, by transferring his powers to the Parliament in a democratic framework and having the 22nd Amendment passed by a 2/3 majority. It is very important because all the democratic institutions such as the International Monetary Fund, World Bank etc. are watching us today.

By February and March of 2022, the future of this country was looking bleak. The people of the country were in a dilemma. At that challenging time, our President rose to the challenge and accepted it with the will the blessings of the ruling party and the opposition.

During that time the country was facing food shortages, food production was reduced due to the lack of fertilizer. There were fuel queues and gas queues. However, President Wickremesinghe took on all these challenges and won and today the people of this country have been given some relief.

Further, due to the constitutional amendment passed by the majority vote in parliament, it has paved the way to ensure a democratic society and by empowering the parliamentary committees, it has paved the way to render great service to the nation. Today, a number of organizations including the International Monetary Fund and the World Bank have promised the President to support Sri Lanka in overcoming these challenges.

We are all passing a very difficult period. However, when we look at our past, these are not novel situations. During the rule of King Walagamba, due to the arrival of Baminithiyasaya, the Buddha sasanaya was under threat. But, just as the country was saved then by the grace of the Triple Gem, the country will be saved even now. President Ranil Wickremesinghe has accepted the challenge of taking this country out of this dire predicament, which is like the silver lining of a dark cloud. Therefore, the people can now breathe a sigh of relief.

It is because of the support of those people who were in the opposition party for a long time that today, the President is being admired by everyone and is working as the president of this country.

This action taken by him by decentralizing the dictatorial powers of the presidency and giving it to parliament, will undoubtedly lead to the development of this country.

Also, our president is a very religious person and an avid reader. A person who lives according to the Dharma, he devotes 18 hours of the day for the country, his service to the country must be appreciated. I wish the President good health.”

‌The Maha Sangha led by the Chief Prelate of the historical Somavathi Rajamaha Viharaya and the registrar of the Malwatu Temple, Ven. Pahamune Sumangala Thera, Ven. Palpola Vipassi Thera, the Chief Sanghanayake of Japan, State Minister Prasanna Ranaweera, former Minister Daya Gamage, former State Minister Anoma Gamage and other dignitaries from the area and a group of devotees including the Donor Council of the Viharaya were present on this occasion. 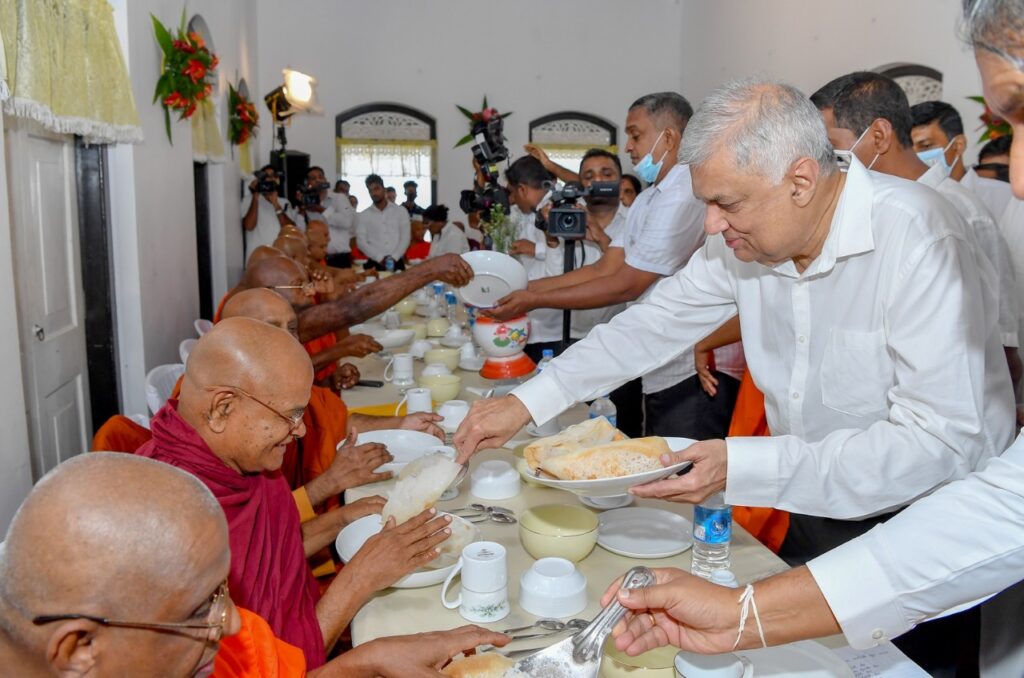 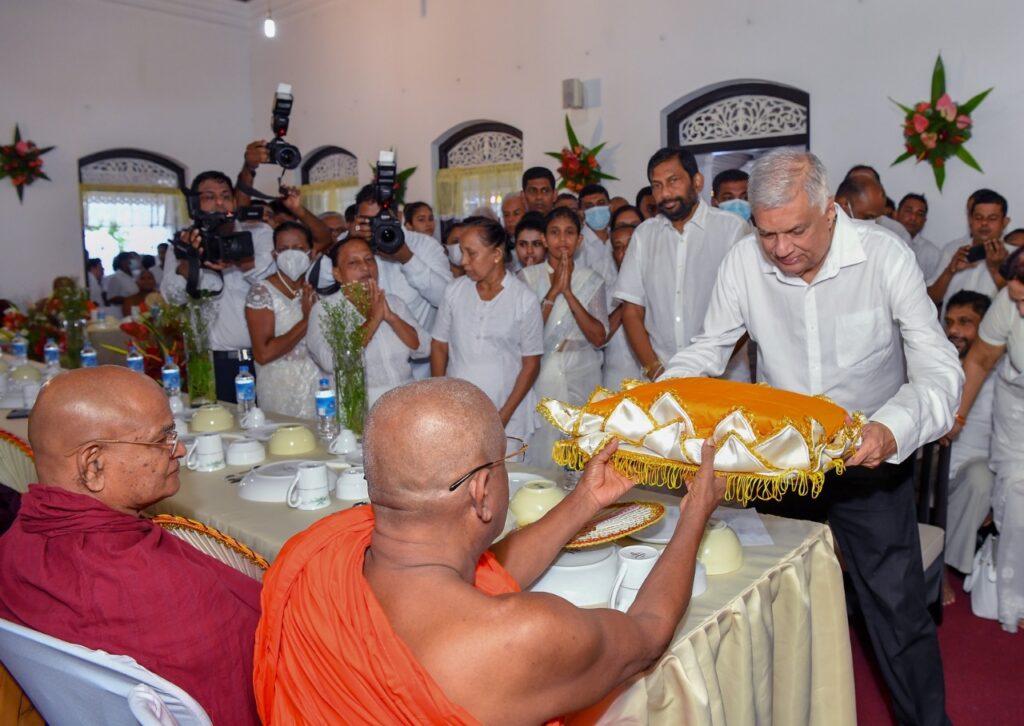 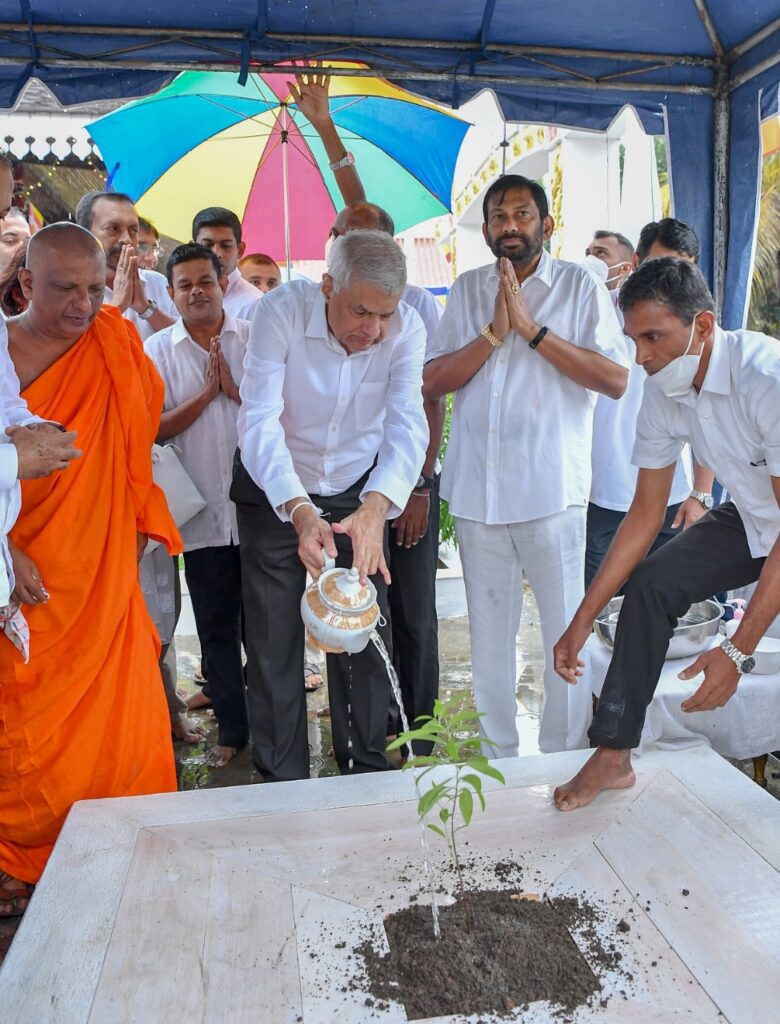