Home » President on an observation tour at Ambewela Farm

President on an observation tour at Ambewela Farm

President Ranil Wickremesinghe instructed the Nuwara Eliya District Secretary and Commissioner to immediately provide 30 acres of abandoned land adjacent to the Ambewela Farm to them and provide the necessary facilities to develop it as grazing land to meet the food requirement of the dairy cows.

President Ranil Wickremesinghe issued these instructions two days ago (27) during an observation tour of the United Dairies Lanka (Pvt.) Ltd, which belongs to the Ambewela Farm Group.

The President commended the systematic growth achieved by the Ambewela Farm in the dairy production industry adding that it has set an example for other dairy farms as well. The President also instructed to open this farm for research activities for university students in the country to gain experience in the dairy farming field. 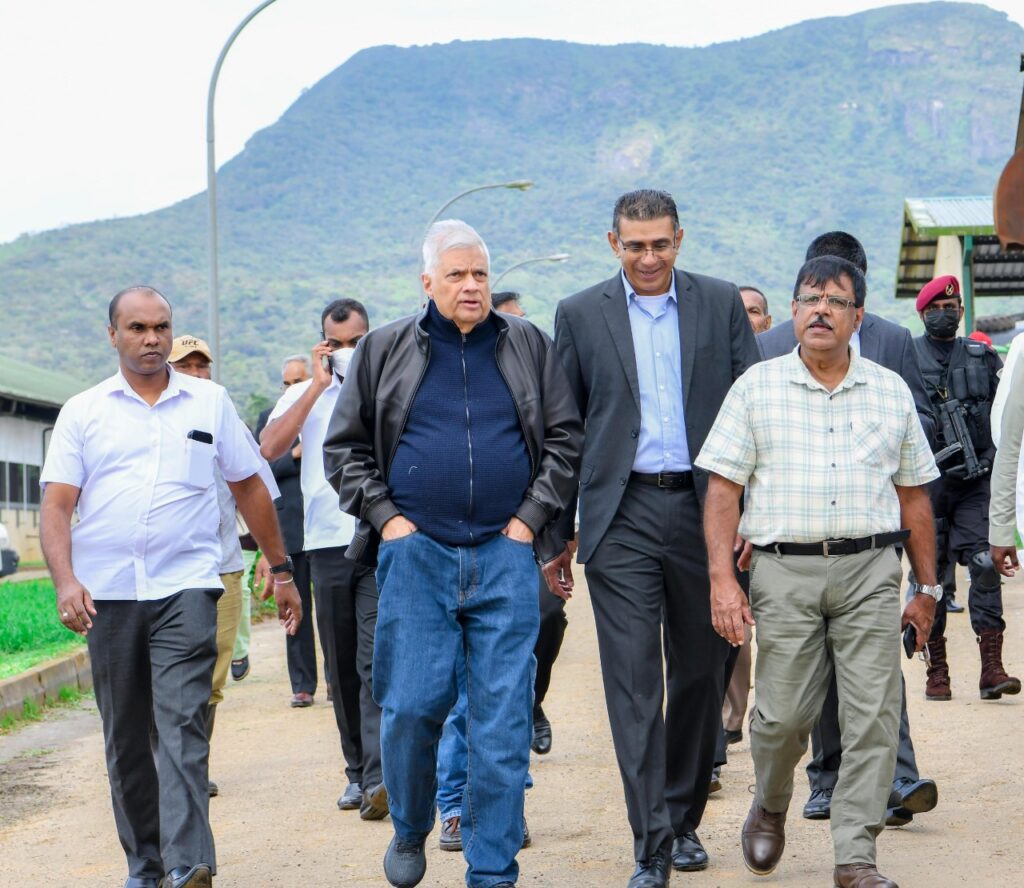 General Manager of the Ambewela Farm Group Sarath Bandara said that the Ambewela Farm is the main centre in Sri Lanka as well as in South Asia which can boast of the highest technical application in dairy production and farming technology.

Presently, there are about 1,000 dairy cows at the Ambewela Farm. All activities such as maintaining the dairy cows, providing necessary fodder, weighing, diagnosing diseases and separating them from others are done through an automated system. The cows are milked thrice a day and 40,000 litres of liquid milk is supplied to the market daily. 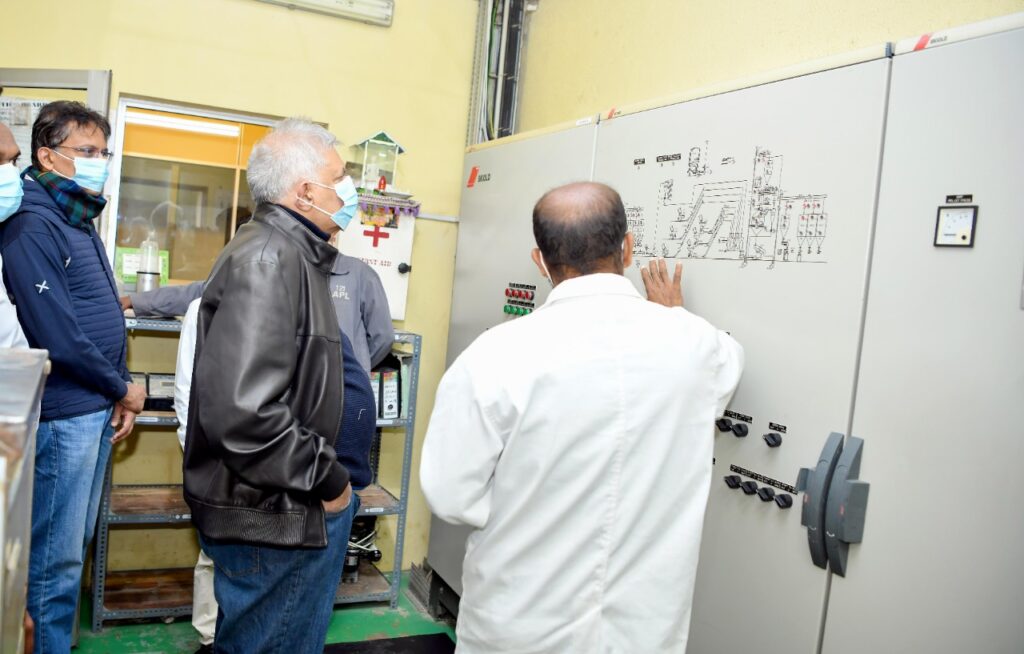 Around 4,500 cows are currently being fed within the entire Ambewela Farm network. While this institution was under the government before the establishment of the Ambewala Group in 2001, the daily milk production stood at a mere 1,500 litres.

The Ambewela Farm system has been working for the last 15 years to create the best dairy cows for Sri Lanka. Accordingly, none of these dairy cows is imported and only a very few male animals are imported once every few years. 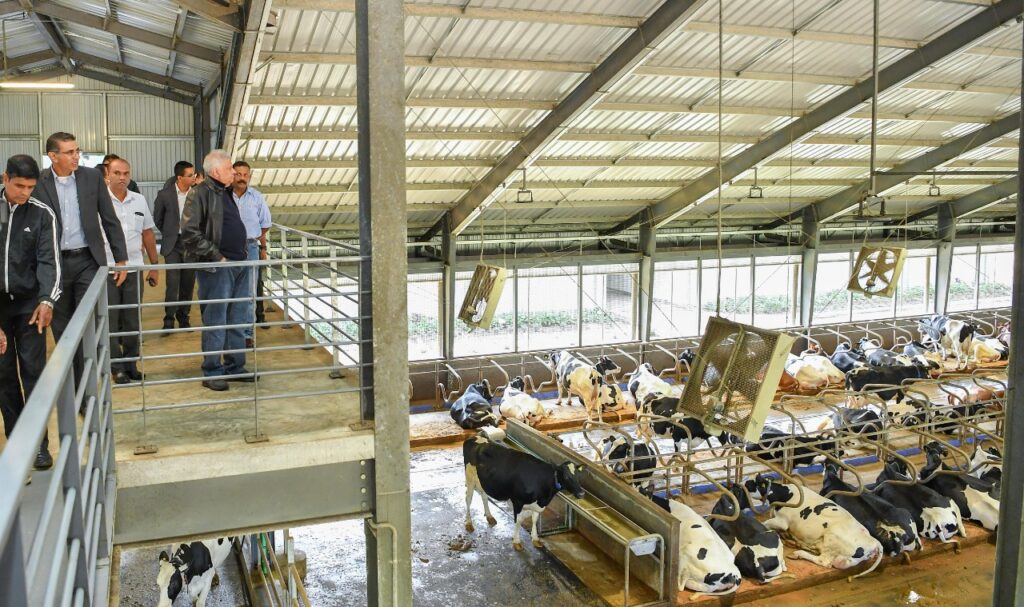 Additionally, around one thousand indirect jobs have been created in the process of providing fodder for the animals on this farm. A mechanism is already in place to get the whole maize plant to the Ambewela Farm from the farmers after harvesting the crop. Accordingly, the Ambewela Farm has facilities to amass around 25,000 metric tons of maize plants annually and store them.

President Ranil Wickremesinghe also inspected the 30 acres of abandoned land in the vicinity of the Ambewela Farm which has been identified as suitable land for the cultivation of grass. 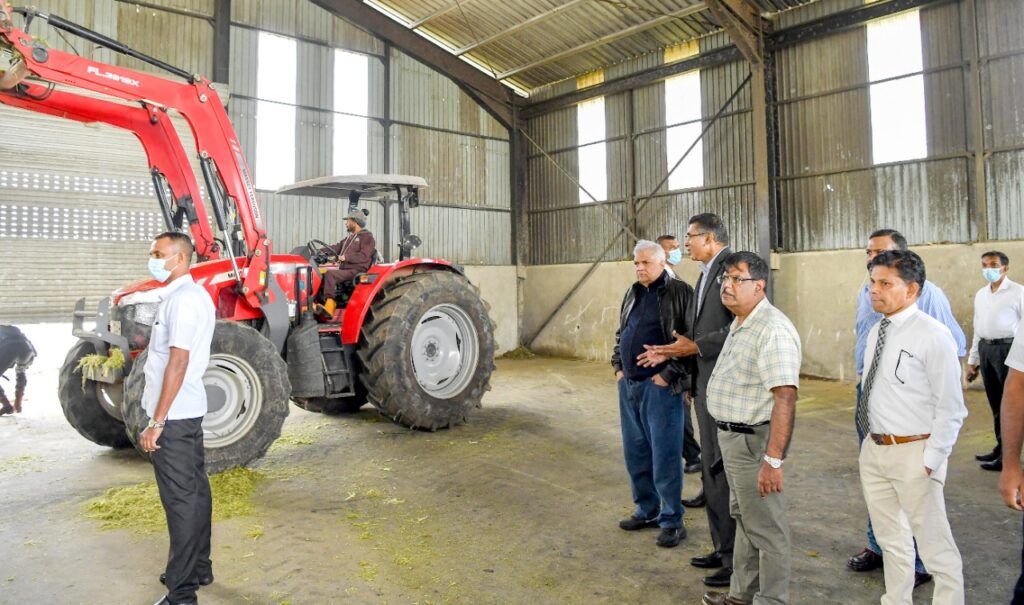