President Ranil Wickremesinghe stated that he had recently discussed Sri Lanka’s debt restructuring with the Chinese Finance Minister and he is optimistic that the discussions in this regard would be concluded successfully.

The President further mentioned that the delegation headed by the State Minister of Finance, who is currently in Washington, held initial discussions yesterday (15) with the International Monetary Fund and the three main countries, China, India and Japan that have given loans to the country. He said that the government is giving priority to immediately solve the problem of the country’s bankruptcy and to ensure food security.

President Ranil Wickremesinghe made these remarks following an observation tour of the cultivated lands in Rathumada-Weerakandawala area in Siambalanduwa Divisional Secretariat this morning (16).

The President also discussed the progress of the implementation of the food security program in Monaragala district with government officials.

He said that there is no problem with having debates and also recalled the statements made by some people that they would come forward and shed blood and said that one should live before shedding blood.

The President mentioned that if a proper program is not implemented to provide food to the people, they will not have to shed blood but will starve to death. The President also stressed that politics should be discussed only in Parliament and that everyone should unite in the program to fulfil the needs of the people.

While visiting the cultivated lands in Rathumada-Weerakandawala area in Siambalanduwa Divisional Secretariat, the President also engaged in open discussions with the farmers.

The farmers had the opportunity to discuss the issues they were facing directly with the President and he was also informed by the farmers about the lack of fertilizer, insecticides and pesticides as well as land problems, water problems and the threat of wild elephants in the area.

The President immediately called the relevant officials to the agriculture lands and directed them to take steps to provide immediate solutions to the problems faced by these farmers. While thanking the President for visiting them and looking into their problems the farmers mentioned that this is the first time that a President had visited their areas.

Also, many problems of the people of the area were presented to the President and among them were the problems of education, roads and housing.

The President, who listened to all those problems, said that he will provide the necessary facilities to ensure that the children of the area who are engaged in education activities in the midst of many difficulties are given the opportunity to receive university education.

While returning from participating in this event, the President also visited a Daham Pasala held at Dharmashoka Pre-School, Siyambalanduwa Kaluobba, without prior notice, and inquired about the well-being of the students.

Even though he arrived at the place without prior notice, the students welcomed the President by singing Jayamangala Gatha. 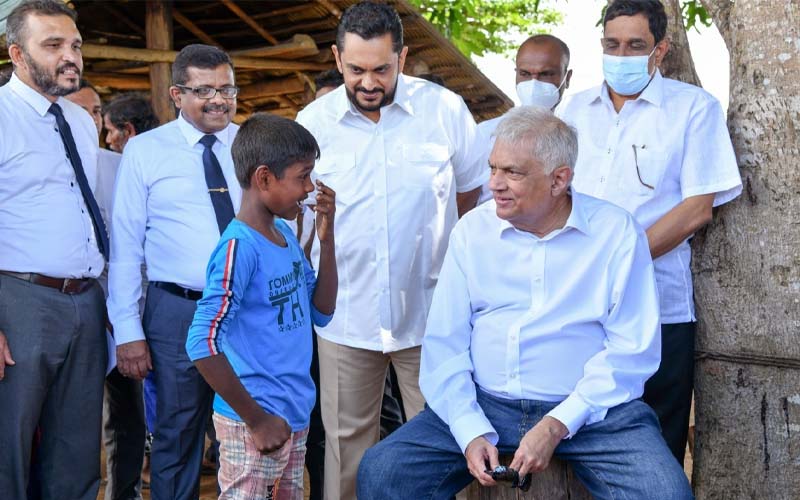 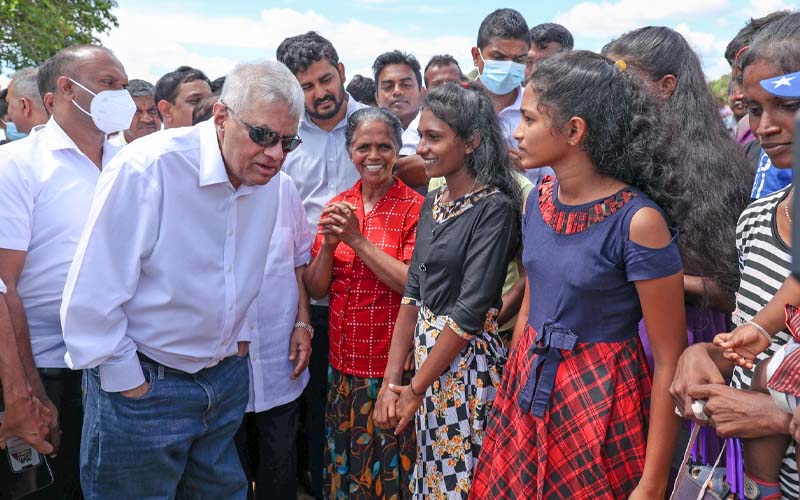 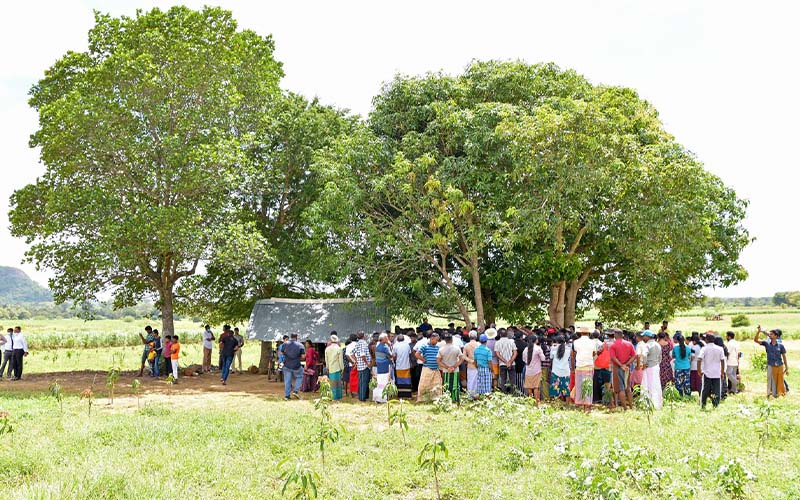 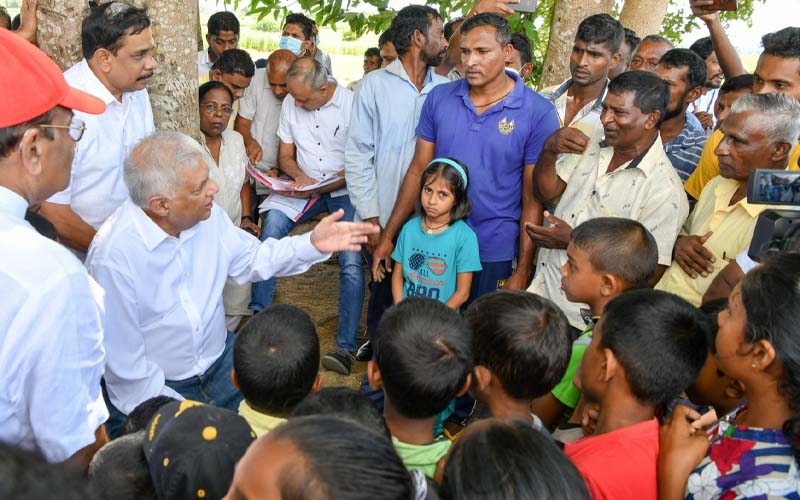 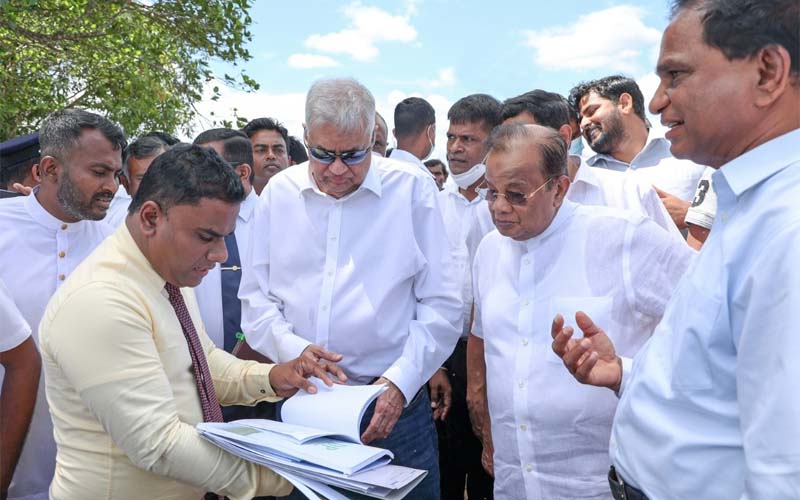 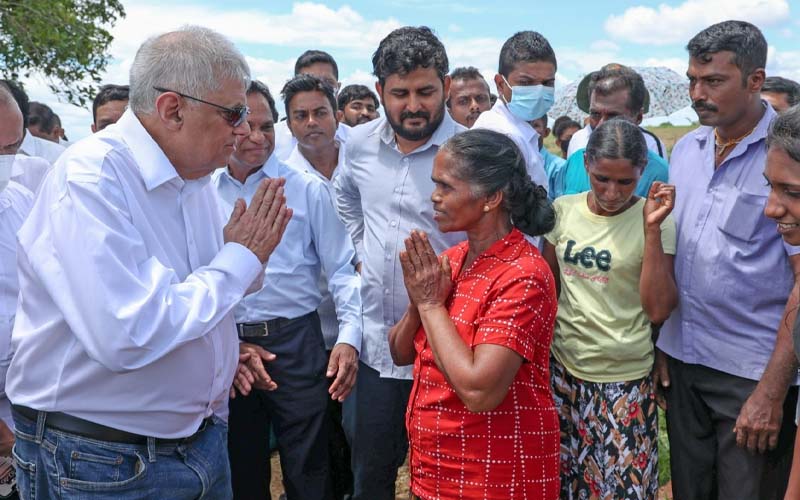 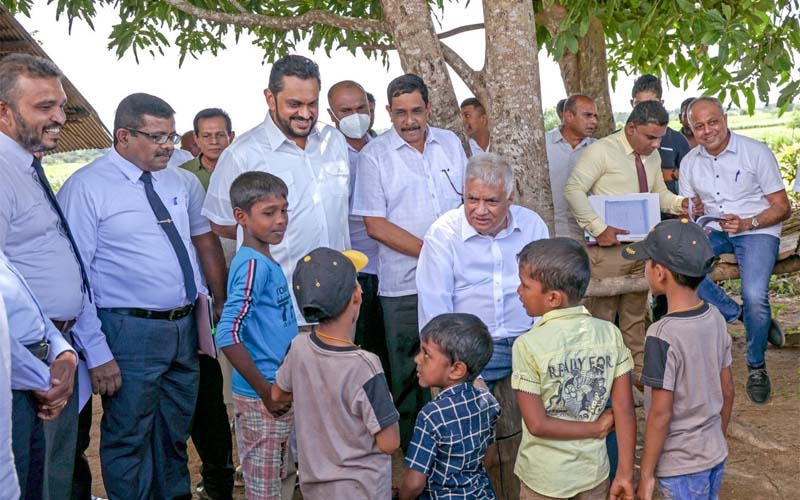 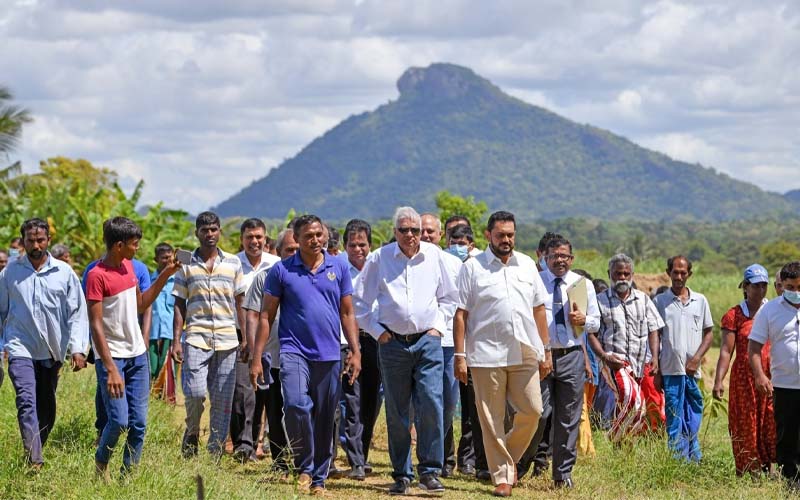 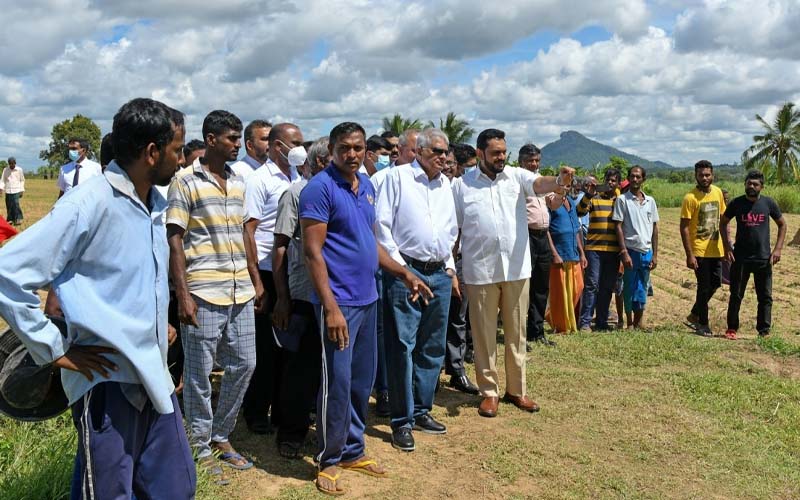 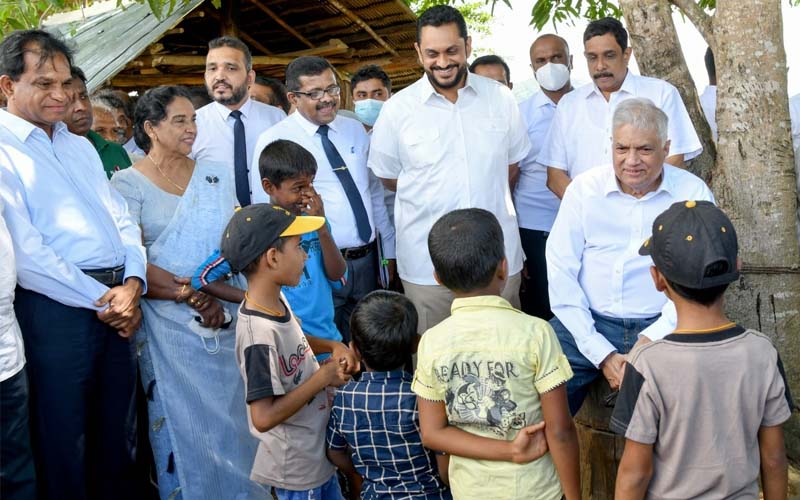 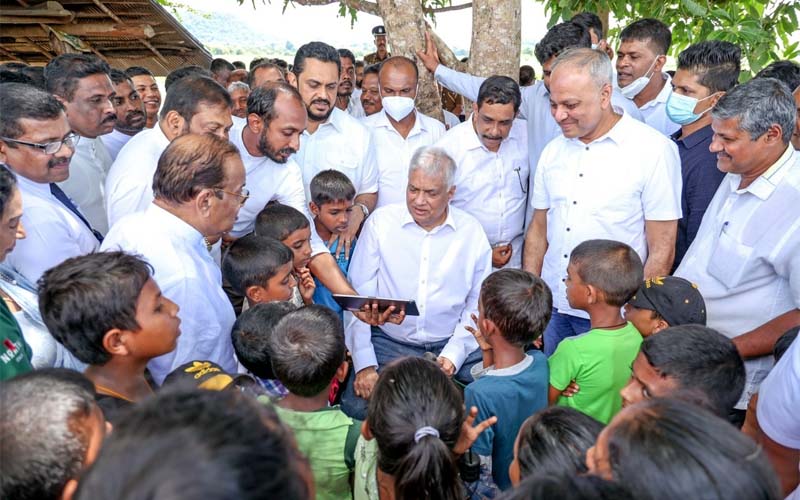 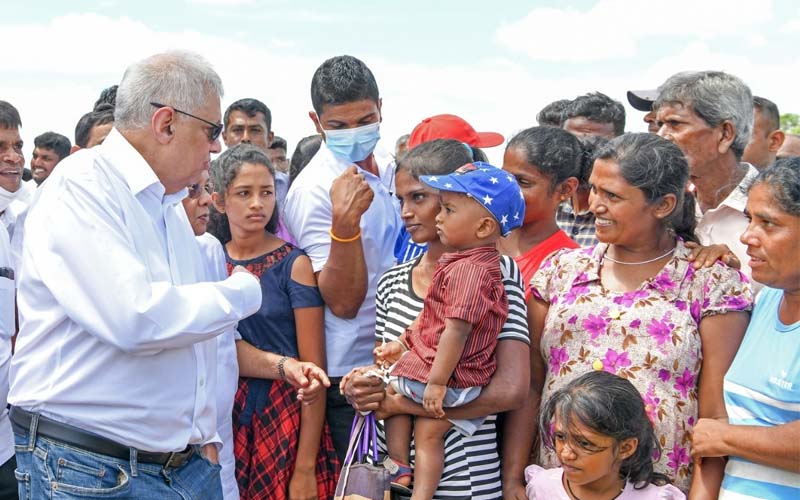 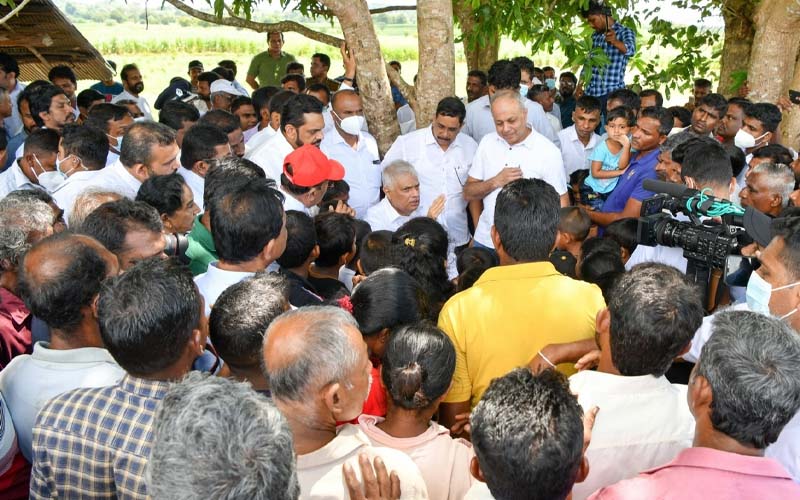 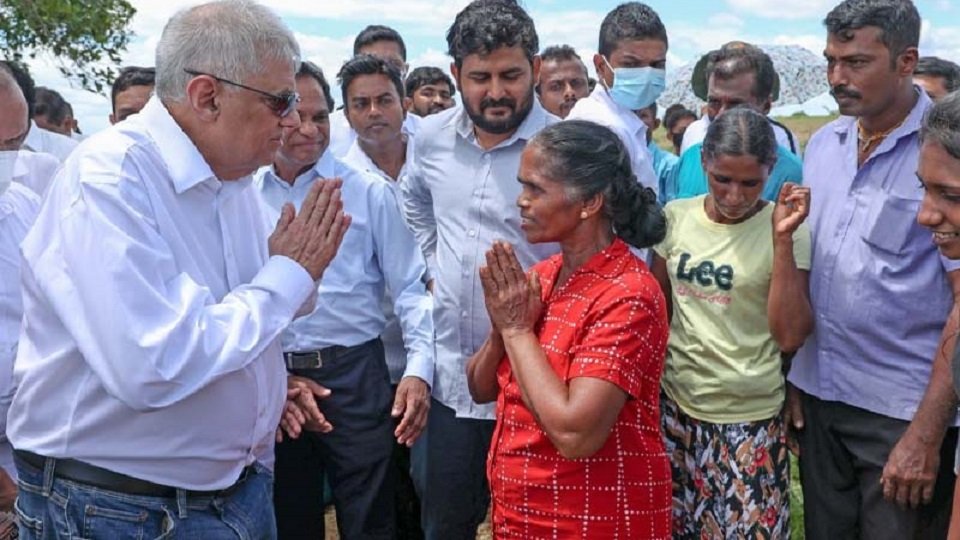