The Head of State attended the parliamentary session upon returning to the island has participated in the 2022 United Nations Climate Change Conference (COP27) in Sharm el-Sheikh, Egypt.

Following is the special statement made by President Ranil Wickremesinghe in parliament today.

“Hon. Deputy Speaker, the Minister of Justice presented 10 important proposals to Parliament and as such, I am not going to speak on them as they have been debated lengthily here. However, it is a timely requirement to modernize the laws. This task has been entrusted to the Justice Minister and what the Minister of Justice has presented in the House today is a part of developments in the law modernization project. He would present the developments of the project both this year and next year to the Parliament. The Parliament is ready to allocate extra days to debate and pass them if required.

I am on my feet especially to speak on my participation in the COP-27 Conference on Climate Change on Monday and Tuesday in Egypt with the Environment Minister. President’s Advisor on Climate Change Ruwan Wijewardena and former Maldivian President Mohamed Nasheed who is assisting us participated in the event too.

We have to appreciate former President Mithreepala Sirisena who participated in the COP conference in 2015 and subsequently took steps to limit the construction of Power Stations in the country and no new power stations were built thereafter. Then at the COP 26 conference held in Glasgow presided over by former UK Prime Minister Boris Johnson, we made a good proposal and agreed to try to keep temperature rises within 1.5 degrees Celsius by 2050. We presented the measures we have taken in this regard.

Hon. Deputy Speaker, when we went into COP 27, there had been no progress being made since COP 26. The target of 1.5 degrees Centigrade by 2050 was being raised again even by some of the developed countries and some of the G20 countries. The G20 had not reduced their emissions at all. They had not, in any way, contributed the $100 million that they promised. We had required $350 billion per year and we had not even fulfilled that pledge. 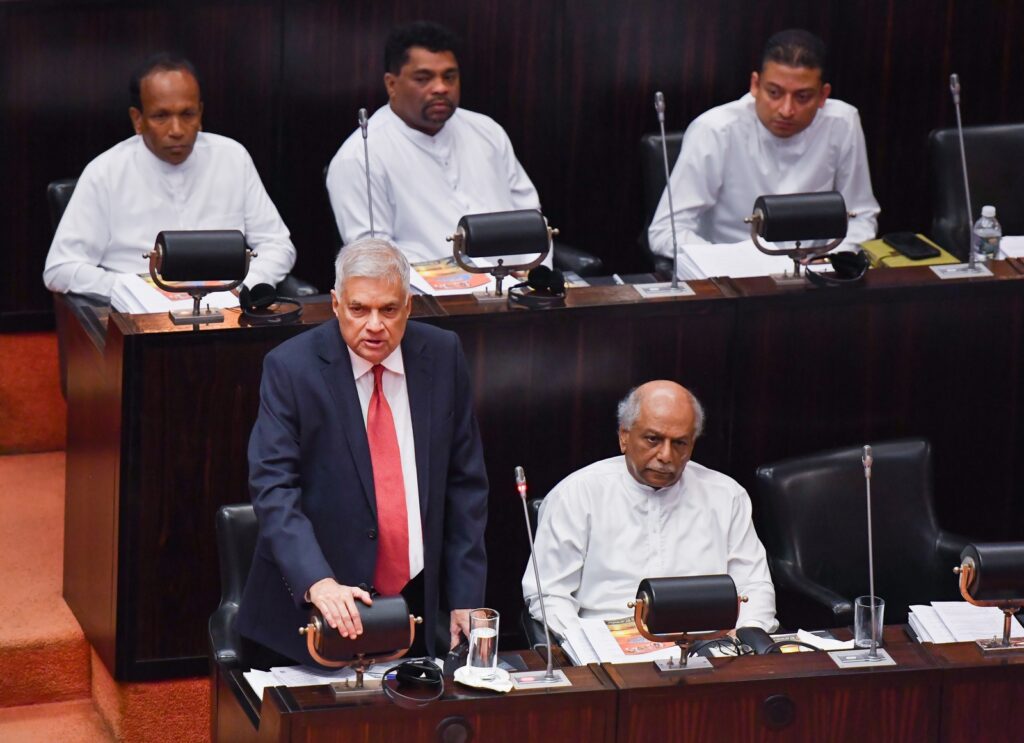 In that sense, we went into COP 27 having a setback to the agreements and achievements of COP 26. Now, if you look at the COP 27 arrangements, we found that none of the developed countries or the G20 was there to have some serious conversations with the others.

Some of the leaders who came, came only for the opening day and though they are supposed to make statements, those statements were not made at the main conference, but on the sidelines of various events that took place. Then they all left. Actually, on the second day, we were left only, on the European side, with German Chancellor Olaf Scholz who was there taking part in the initiatives that the global shield had initiated, for which we must thank him.

For the G20 leaders, the main position was being taken by the President of South Africa Cyril Ramaphosa. In that background, I think, Sri Lanka, I and some of the others had to condemn and criticize the stand that had been taken by the G20 countries, the G7 and the developed economies. We cannot go on like this. There are serious issues that the world faces.

So we were discussing among ourselves that the only way out is either to go to COP 28 and lock horns with the G20 on these issues, the 1.5-degree target and 2050. We have to lock horns with them and take them on, which means that we have to be ready to discuss it with like-minded countries, and I am sure that both of our ministers for Foreign Affairs and Minister for Environment can do that. But those countries are waiting and Sri Lanka has to join them. We must, as far as possible, support it, and necessary on some occasions take the leadership on this issue. 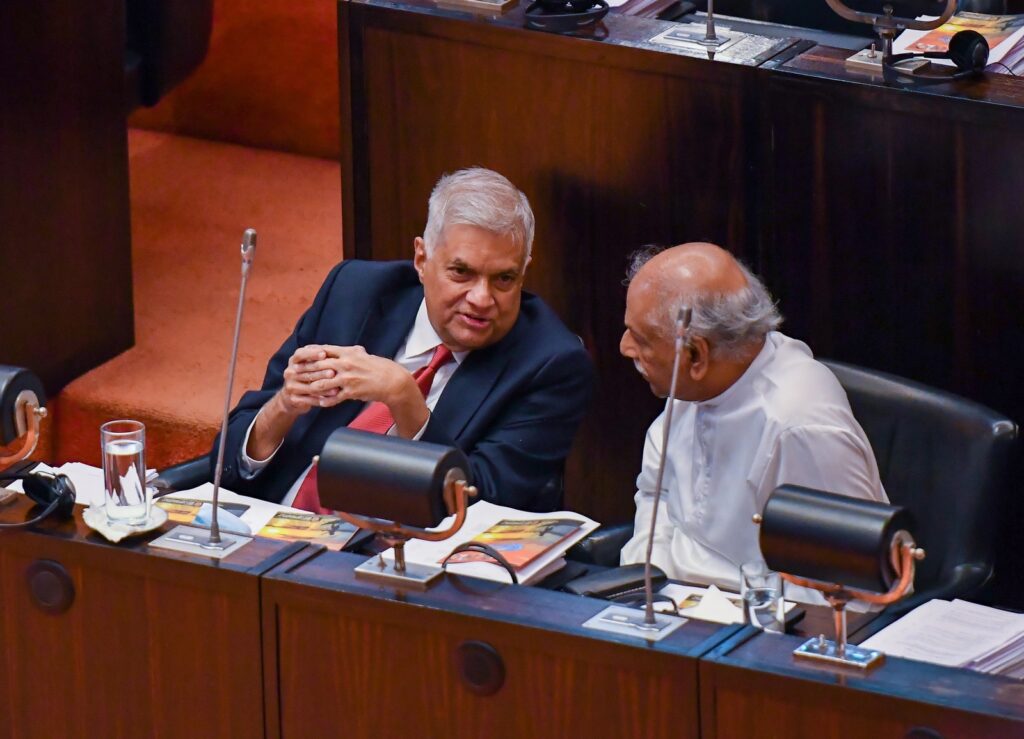 The second thing is food security. We have gone through problematic stages and I must thank the country that helped us. We won’t have a major issue with food security during next year, hopefully. But Africa is pretty bad, 20 to 30 million people will be affected. There will be a large number of deaths in the Horn of Africa. There is no aid or assistance. It was not discussed.

Now, in addition to the fact some of them can’t grow food and others can’t get fertilizer to grow food, they haven’t the money, so we have to help them.

Secondly is that they are affected, especially by the fact that most are in debt. So in my view, we should give those countries that are having serious problems with food scarcity, the same terms that the IMF gave to Ukraine. Ukraine was fighting a war with Russia. These people are fighting a war for survival.

Therefore, we should ask the West to give the same support that was given to Ukraine. So these are major issues which will be a part of our foreign policy and environmental policy in the coming era. I am very happy when the Chief Opposition Whip referred to Geneva. Because I think this is the very basic right, the right to live for this generation, the younger people, those who will be 40 to 50 by 2050, whom we are referring to and the unborn.

So if you are going to ignore the rights of the youth, the younger generation and the unborn, that is the worst genocide that can happen. So we hope in time to come, while they (Geneva) are addressing the issues concerning Sri Lanka, that they will also be in a position to address this whole issue of what I call genocide into genocide, and we should raise that.

At the same time as the Chief Opposition Whip spoke on the matter, we declare that we hope to resolve our problems.

The Minister would speak on the three pieces of legislation truth and reconciliation commission, the Counter-Terrorism Act and Corruption. The two ministers would present them in January and February.

Meanwhile, we discussed the issues of the people in the North. Already we have released some of the prisoners who were in prison and there are several others to be released. There is a writer among them who is alleged to have been connected with the Pittala junction incident.

I am getting an assessment done on the renewable energy potential in the North and the possibility of having green hydrogen. Now if you get green hydrogen on a competitive basis, the whole Northern economy goes up.

Therefore, we have to look into this because the bulk of our renewable energy will be from about Puttlam down to Trincomalee. There are other developments. The Trincomalee development which you started down into the east for tourism. So there’s a fair number of developments we want to look at, we want to settle this and that all of us are Sri Lankans. So, therefore, let us all get together and make it a point that we would solve this problem by our 75th independence Anniversary. We don’t need others to intervene in our country’s matters. We can solve our issues and that’s what we are attempting to accomplish.

They are nominated by the Prime Minister, and the Opposition Leader and attested by the Speaker. How could the Parliament oppose them? If they opposed it, the Prime Minister and the Opposition leader have no support of the government side and the opposition side respectively and the Speaker has no support of the entire Parliament. It is a scenario in which all three should resign. It was the same practice in the 19th amendment. It’s a procedural event. So let us have their names. I told the Prime Minister also. Let’s talk it over with the speaker and get three names.

If the Tamil parties nominate after identifying those who are not members of the SJB, we could solve the issue of the Civil nominees. Last time we made appointments out of the Tamils as well as Women. This time we could make representation from Muslims and if there are no such candidates, we can allow a female again. After that, all the commissions could be appointed soon which could continue smoothly. Therefore, I request all to assist in this endeavour.

When I went to COP 27, I met IMF Managing Director and discussed where she promised to assist us. So do not worry about it. Therefore, we have only got to discuss with China and India. China asked us to commence talks after their party convention. Now talks have commenced. I request both countries to finalise it by the end of December.

I thank the Chief Opposition Whip for stating that they would boycott the debate if they do not know these matters. So the Government side and the Opposition could pass it.”