A Monetary Board member of the Central Bank of Sri Lanka, Dr. Ranee Jayamaha, has been condemned for saying that she has no involvement in decision-making that led to the prevailing economic crisis.

Jayamaha has no ethical right to escape the charges after having received massive sums of money for attending meetings of the Monetary Board, said a former senior CBSL official on condition of anonymity.

He is responding to what Jayamaha claimed during a meeting of COPE on May 25, where the loss of a colossal sum due to the floating of the Sri Lanka rupee in recent times was raised.

When the CBSL governor said the Monetary Board was responsible for taking the decision, Jayamaha objected, saying she and former Monetary Board member Sanjeewa Jayawardena objected to it in writing.

However, it transpired that that had been done on the advice of three Monetary Board members and on a decision by the governor at the time Prof. W.D. Laxman, appointed member to the Monetary Board Samantha Kumarasinghe and the then treasury secretary.

Here, COPE members highlighted the need to empower the CBSL with decision-making on the basis of correct technical information without giving into outside interferences.

Jayamaha, a veteran economist with a longstanding service with the CBSL, received Rs. 3,225,000 for attending Monetary Board meetings between January 01, 2021 and June 30, 2022.

Given below is a copy of payments made to Monetary Board members for attending the meetings during the said period: 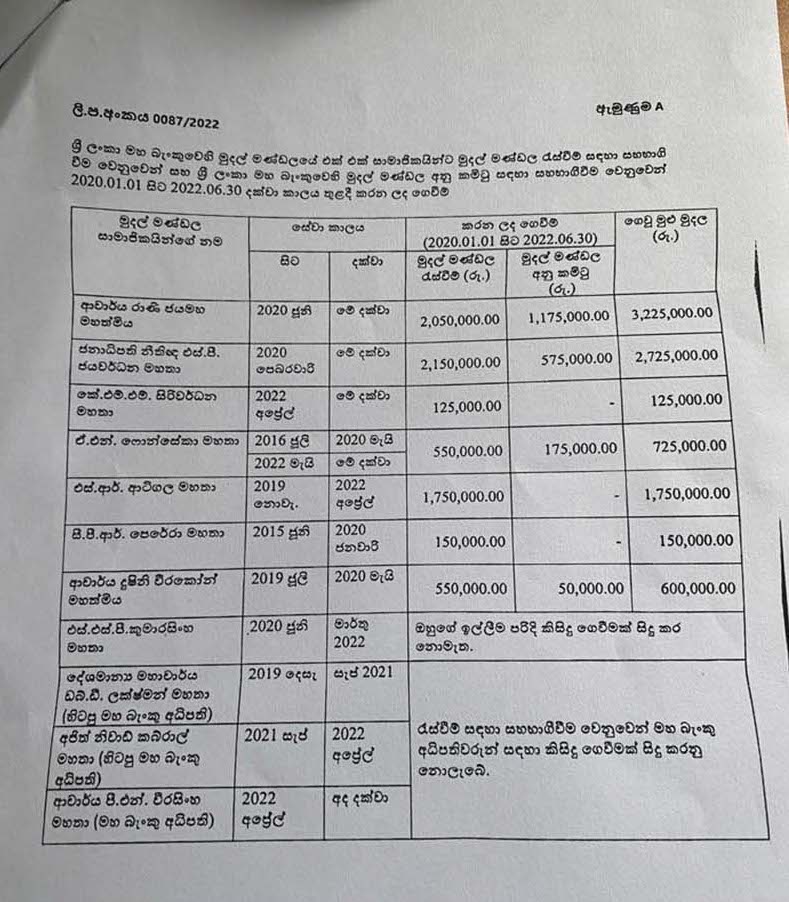