Despite his destruction of the economy, which led to Sri Lanka’s unprecedented collapse, Rajapaksa proved difficult to dislodge. He clung on to power thanks to the excessive concentration of power in the Executive Presidency. Nevertheless, the people’s movement brought together protestors from all walks of life to demand his resignation.

Their collective mass proved overwhelming. Gotabaya was forced to flee the country on an ignominious route around the Indian Ocean, and the family regime has been banished from Sri Lankan politics into the foreseeable future.

Mahinda Rajapaksa, the previous Prime Minister and Gotabaya’s brother, had been pressured to resign after he incited a mob attack on protestors occupying the “GotaGoGama” (or Gota Go Village) located on Colombo’s seaside promenade. Soon after, Gotabaya appointed Ranil Wickremesinghe in his brother’s place. An ostensible political rival, he had saved the Rajapaksa family from prosecution when they were out of power between 2015 and 2019. In the last parliamentary election in August 2020, Wickremesinghe did not even receive enough votes to be elected. He came into Parliament through the back door – via the single seat that was available to his party through the national list.

After his appointment by Rajapaksa, he promised to bring in the political stability that would enable negotiations with the International Monetary Fund. Far from being placated, the protest movement shifted their demand to include the resignation of both Gotabaya and Wickremesinghe. This became central to the struggle as economic conditions deteriorated still further with Wickremesinghe’s wrong-headed pursuit of even greater economic austerity.

While on the run, Rajapaksa appointed Wickremesinghe as Acting President. This enraged protestors. Some became emboldened enough to capture the Prime Minister’s Office on July 13. His official prime ministerial residence, Temple Trees, had been taken over on July 9, and his private home was torched on the same day. 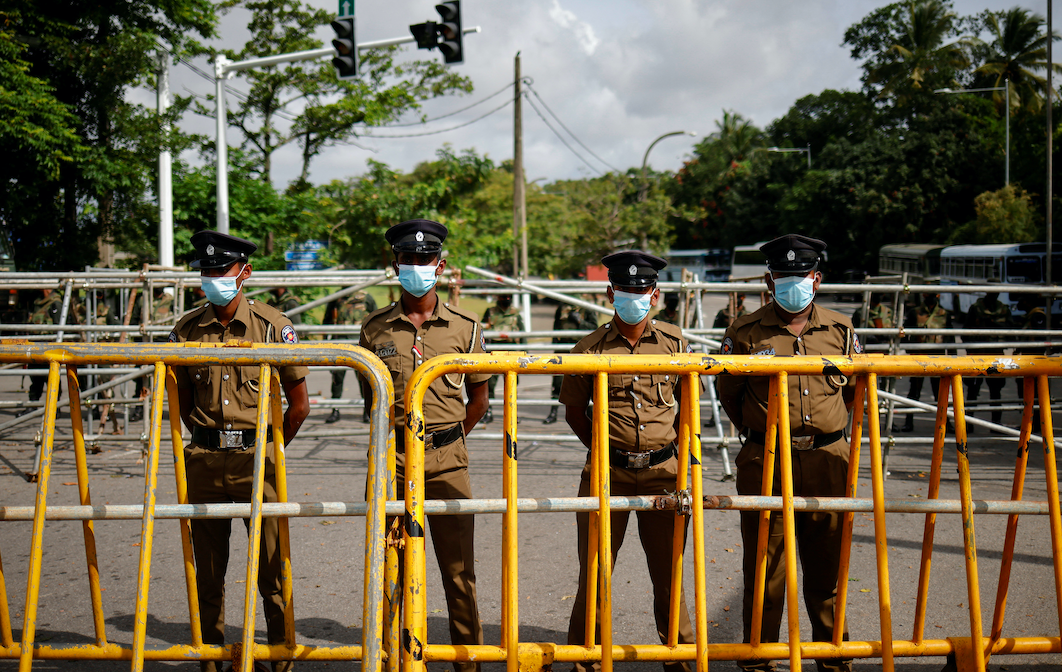 Despite his attempts to use such incidents to discredit the people’s movement, Wickremesinghe’s obstinacy was the catalyst for a renewed round of confrontation. The Rajapaksas’ SLPP has decided to support him when the Parliament votes for a President to replace Gotabaya. This SLPP embrace of Wickremesinghe has earned the further ire of the protestors. Nevertheless, he has a good chance of occupying the Presidency for the rest of Gotabaya’s term, which ends in 2024.

Wickremesinghe and the People’s Movement

The hundreds of thousands, if not millions, of Sri Lankans who have come out in protest over the past year appear to face yet another roadblock in their demand for credible political leadership and national recovery. Wickremesinghe prides himself on his neoliberal leanings and international connections. But Sri Lanka’s economy has collapsed so profoundly that only a government that can command the support of the people will have any hope of pulling the country out of the abyss.

Yet the appointment of Wickremesinghe as President by the Parliament would lead to a new round of conflict with the protestors. Such polarisation would result in even greater instability. Powerful international actors, including the US, initially endorsed Wickremesinghe as Prime Minister in May on the grounds that he could negotiate an IMF agreement. But that move, as we saw, backfired.

Sri Lankans continue to experience the effects of Wickremesinghe’s disastrous economic policies and his heavy-handed attempts to suppress the people’s movement. He has ordered the military to crack down on protestors in the name of “law and order.” The protestors, in his rhetoric, are “fascists” who must be put down. It is hard to see how this will lead to a constructive way forward. 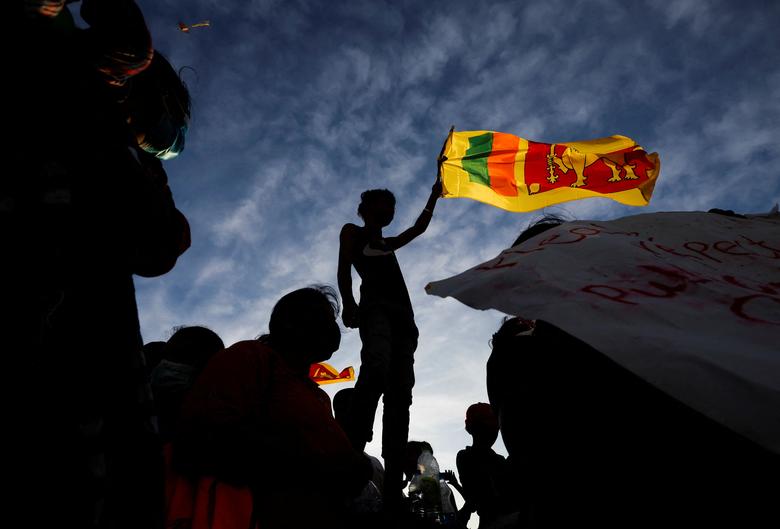 The paradoxes of history are many. In an earlier stint as Prime Minister, Wickremesinghe provoked xenophobic forces by pursuing a narrowly conceived, internationalised peace process with the Liberation Tigers of Tamil Eelam between 2002 and 2004. His strategy of attempting to impose unpopular policies of privatisation in combination with the peace process backfired. Mahinda Rajapaksa capitalised on these failures, winning the presidential election in 2005.

Moreover, Wickremesinghe shielded the Rajapaksas from prosecution and pursued the same disastrous neoliberal agenda during the brief period when he was Prime Minister, between 2015 and 2019. This enabled Gotabaya to win the presidency by riding the wave of an authoritarian populist backlash.

It is very likely that Wickremesinghe’s current power grab will continue to incite such forces, leading to further polarisation on both a national and regional level. Instead of demanding progressive reform, as the current protest movement calls for, these demagogic and xenophobic forces could eventually displace the peaceful and plural movement for change.

They may even capture the praetorian state that Wickremesinghe is now constructing and apply it to even more distasteful ends, given the history of ethnic polarisation and violence in the country.

Wickremesinghe can no longer even rhetorically be identified as the pragmatic candidate of economic reform, not even by the elite constituency within Colombo civil society that has historically given him support. He is actively contributing to the militarisation of Sri Lanka’s polity. His own uncle, J.R. Jayewardene, began this trend in the late 1970s and 1980s, when he declared a State of Emergency and introduced the Prevention of Terrorism Act to suppress Tamil militancy. This culminated in the civil war.

Moreover, like Jayewardene, Wickremesinghe has explicitly indicated he is willing to use force against protestors.

His recent gazette notification to include more subjects under the purview of the Ministry of Defence, including wholly unrelated institutions such as the Board of Investment, is already an ominous sign of where his regime is heading. Indeed, lacking a political and social base, Wickremesinghe is likely to lean on the military for support.

In addition, Wickremesinghe’s self-identification with Western leadership could provoke the emergence of a nationalist opposition that generates further geopolitical polarisation in choosing between regional allies, such as China and India. Wickremesinghe claims that he is willing to play both sides. But given the scale of Sri Lanka’s economic crisis and his lack of accountability to even a political party within the country, these factors could make him an agent of any external actor willing to support him. Future domestic political alignments are unpredictable. The Rajapaksas’ own partnership with China offers a depressing lesson. Sri Lanka’s crisis urgently demands a non-aligned foreign policy that hinges on building international solidarity. That can only come through a people-backed recovery that is based on domestic mass mobilisation, not on the manoeuvrings of powerful external actors.

Wickremesinghe’s continued political machinations will have profound and potentially disastrous effects on Sri Lanka. His appointment represents a form of presidential revanchism in response to the massive people’s movement that ousted Gotabaya. The path to recovery in Sri Lanka depends on taking the demands of the movement seriously. These include the need for a politically acceptable interim President who is circumscribed in the powers he exercises, and who is oriented toward the goal of abolishing the Executive Presidency. Furthermore, popular oversight of the existing Parliament, given the collapse of its mandate, must be institutionalised.

Finally, parliamentary elections must be held as soon as possible to reflect the dramatic reconfiguration of political forces that has emerged during Sri Lanka’s crisis.

Wickremesinghe’s appointment and continued attempts to stay in office are an explicit rejection of these demands. His willingness to use the economic crisis to justify a state of exception and his ambitions for rescuing the Executive Presidency are already clear indications of his power grab, regardless of the catastrophic consequences for Sri Lanka. This will not end well. Only a fulfilment of the goals of the people’s movement offers hope for an end to the legacy of the Rajapaksas.