Release of the second volume of Jataka Tales Audio Book

Commemorating the arrival of Most Venerable Sanghamitta Theri from India to Sri Lanka, second volume of the Jataka Tales Audio Book in Sinhala was released at Swami Vivekananda Cultural Centre (SVCC), cultural arm of the High Commission of India on 2 December 2022. The Audio Book contains 50 Jataka Tales, selected from Jatakattakatha under the theme of ‘Good Advice’ and is dedicated to the people of Sri Lanka, particularly the visually impaired. It may be recalled that that first volume was released at the sacred Ruwanweli Maha Seya premises in Anuradhapura on the auspicious Poson Poya on 14 June 2022 to mark 75th anniversary of India-Sri Lanka diplomatic relations. 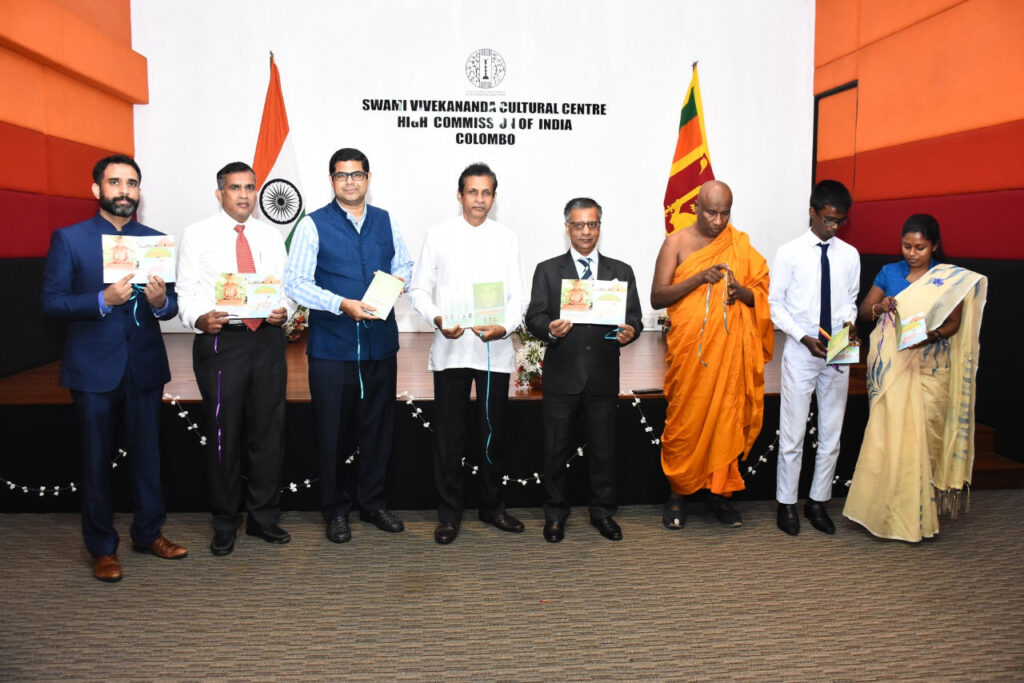 3.     The “Jataka Tales Audio Book” project is a joint collaboration between SVCC and CCIS, University of Colombo supervised by Most Ven. Rambukana Siddhartha Thero, several experts such as Prof. Upul Ranjith Hewawitanagamage, Chair Senior Professor of Hindi Studies, University of Kelaniya, Dr. W. A. Abeysinha and Ms. Wathsala Samarakoon, a popular TV and Radio presenter contributed towards the initiative. 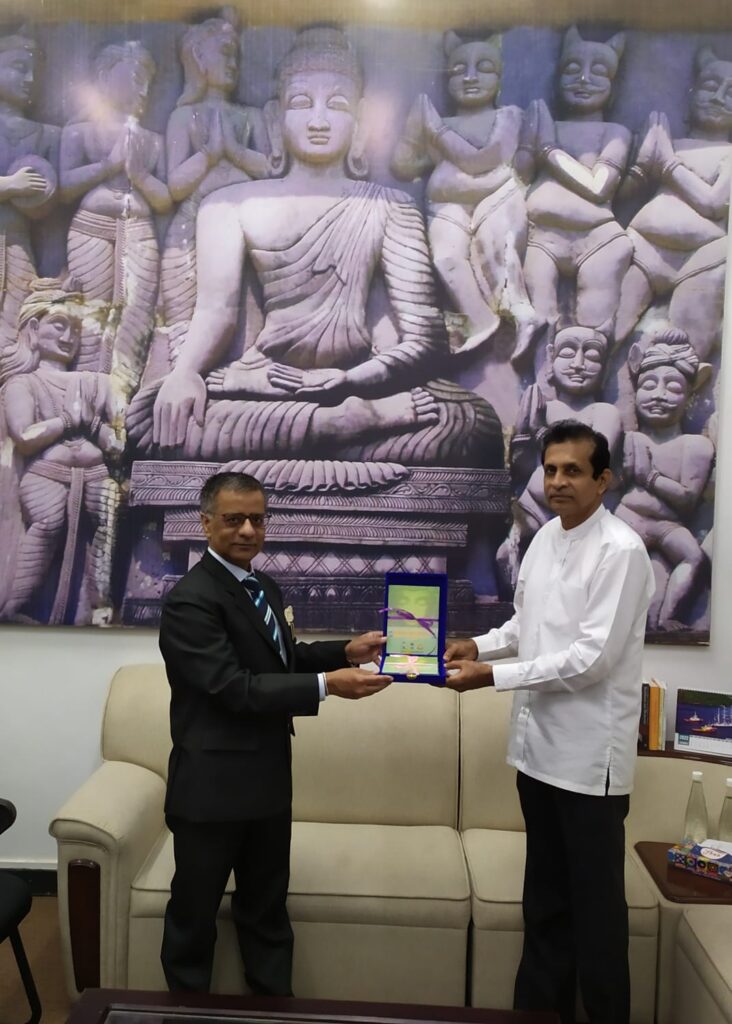 4.     High Commissioner Gopal Baglay interacted with the winners of the International quiz competition on Buddhism and Buddhist Heritage who returned after a successful and enriching 5-day multi-city tour to key Buddhist sites of India. The winners thanked the Government and people of India for the care and affection they received during their trip to India.  Organized by the High Commission in collaboration with the State Ministry of Pirivena Education, the quiz competition had witnessed the participation of about 6000 Pirivena students. 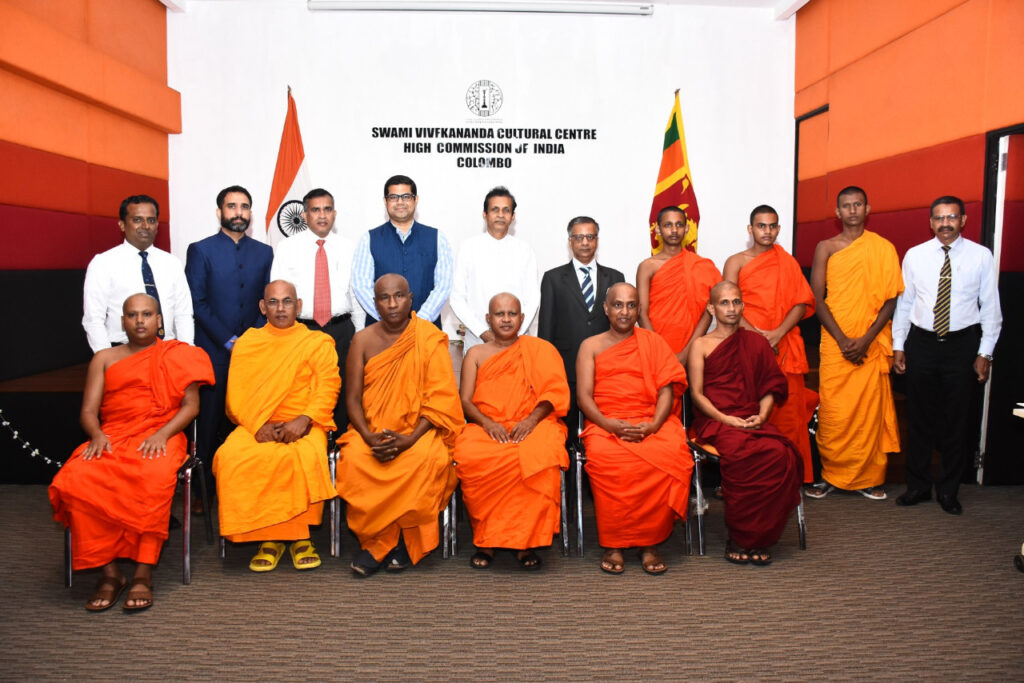 5.     Speaking on the occasion, the High Commissioner described the Audio Book as a dhamma daana from the people of India to the people of Sri Lanka. He also underlined that the Jataka Tales represents more than two millenia old close cultural ties between India and many countries, of which Sri Lanka has a very special place as one of the first countries to receive the gift of Buddhism from India. State Minister Hon’ble Vijitha Berugoda thanked the Government of India for supporting the Pirivenas and dhamma education in Sri Lanka. 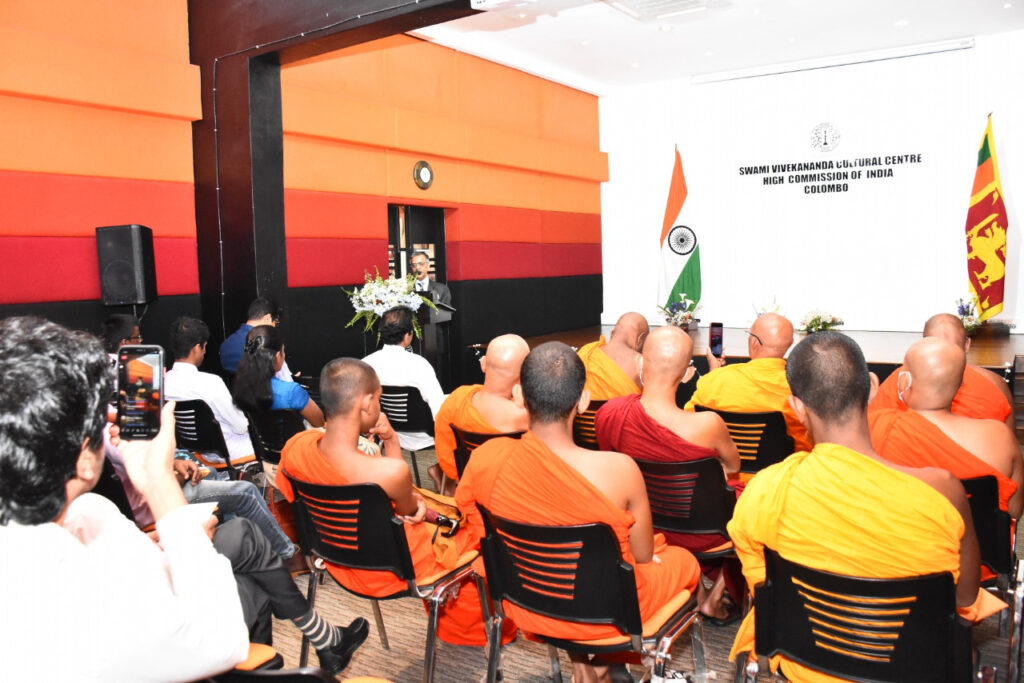 6.      Buddhism has been a key pillar binding the people of India and Sri Lanka. Government of India has committed to a USD 15 million grant for promotion of Buddhist ties between the two countries. Inaugural international flight to the sacred city of Kushinagar from Sri Lanka on the auspicious ‘Wap Poya’ day in October 2021; multi-city exposition of the sacred Kapilvastu Buddha relics from the Rajaguru Sri Subhuthi Maha Vihara of Waskaduwa, in India in October 2021 are among the notable milestones that underscore the abiding Buddhist linkages between the two neighbours in the recent past.