The Socialist Equality Party (SEP) in Sri Lanka reports with deep sadness and sense of loss the death of Sarath Kumara, a long-standing working-class member of the party. 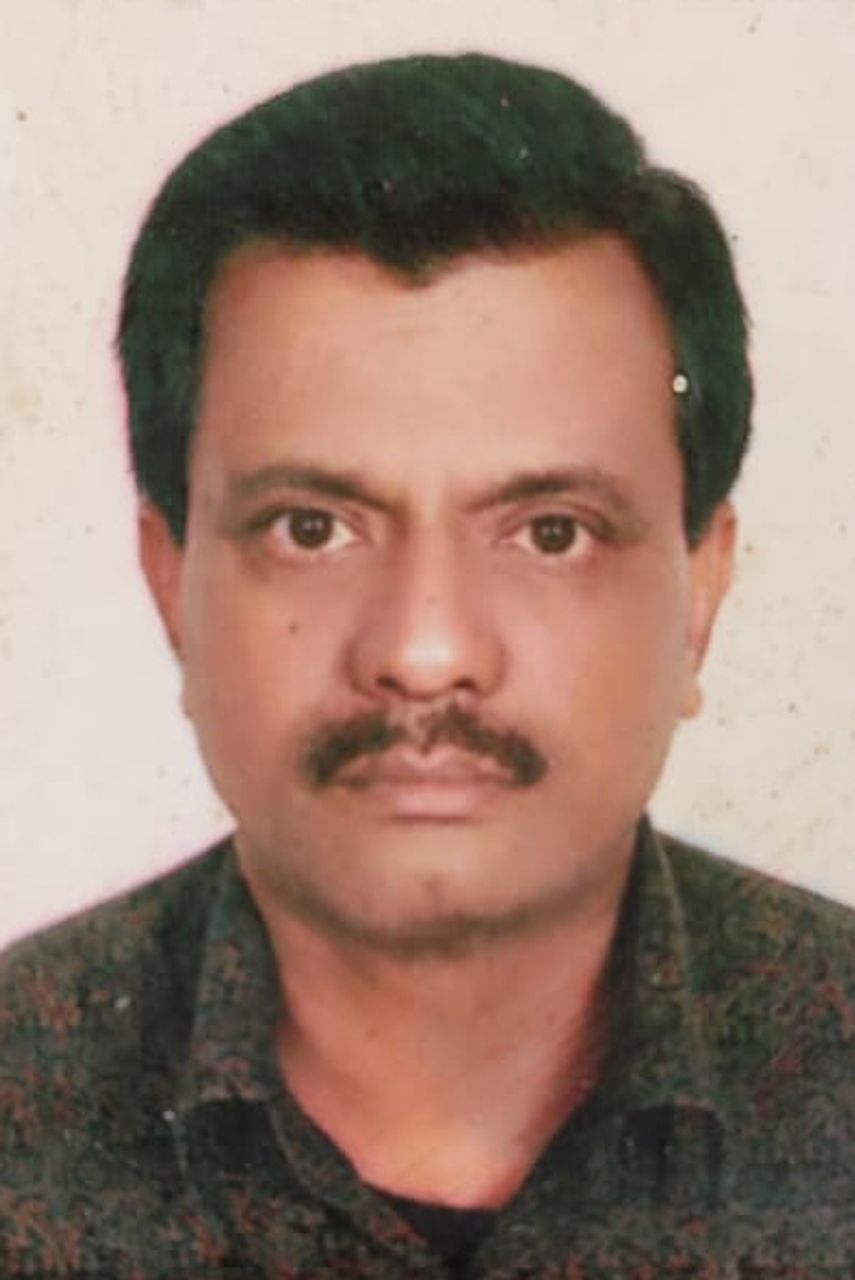 Sarath, aged 57, died in a hospital near Al Jubar Industrial Zone in Saudi Arabia on December 21, after a brief illness. A member of the SEP since 1991, he leaves behind his wife and longtime partner Nilmini, and their two sons, Chathura, a member of SEP, and Anusha.

Sarath was a skilled machinist and intransigent fighter for workers’ rights and socialist internationalism. He often spoke and acted on behalf of fellow workers against management and the trade union bureaucracies, and was frequently victimized for doing so.

Sarath was from Moratuwa, on the outskirts of Colombo, and educated at the Prince of Wales College, a prominent local school. His father was a skilled foundryman who ran a small workshop.

In 1984, Sarah joined a technical school and workshop run by Kamkaru Sevana (Shelter for the Workers), a non-government organisation in the locality. He won an award as the best machinist in the school’s first group of students, and was later promoted as an instructor.

Sarath and his co-worker and friend, Chrisantha Jayasinghe, played a key role in establishing a branch of the Ceylon Mercantile Union (CMU) at the workshop in the fight for workers’ rights.

At the time, the United National Party (UNP) government was conducting a bloody communal war against the separatist Liberation Tigers of Tamil Eelam (LTTE) in the North and East of the country.

The Revolutionary Communist League (RCL), forerunner of the SEP, fought to unite all sections of the working class against Colombo’s war and the separatist program of the LTTE, and on the internationalist perspective of building a Socialist Republic of Sri Lanka and Eelam.

Between 1988 and 1990, the UNP government exploited the fascistic provocations of the Janatha Vimukthi Peramuna (JVP) as a pretext for unleashing bloody repression in the island’s rural south, killing around 60,000 youth. The RCL, in close collaboration with the International Committee of the Fourth International (ICFI), campaigned to mobilise workers in Sri Lanka and internationally, against this repression.

Sarath and Chrisantha were attracted to the RCL’s campaign and became members in 1991, joining its Ratmalana branch which worked in this industrial area on the outskirts of Colombo.

After they began fighting to convince their fellow workers about the necessity of the RCL’s revolutionary perspective, the Kamkaru Sevana management organised a communalist provocation and sacked them.

The CMU led by Bala Tampoe, a veteran opportunist and member of the Pabloite United Secretariat, sided with the management and refused to defend them. Sarath and Chrisantha were turned away from CMU headquarters on several occasions when they attempted to raise their case with Tampoe.

The RCL launched a powerful campaign among industrial workers in Ratmalana and won wide support from workers, including CMU members who signed a petition demanding their reinstatement, and opposing the betrayal of the CMU leadership.

“Even though the sacked CMU member workers [Sarath and Chrisantha] have written [to the CMU leadership] with detailed factual information explaining that this attack was to dismantle the CMU branch and part of political repression and a communalist provocation, Bala Tampoe sided with the bosses’ claims that it was a ‘breach of discipline.’”

After the sacking, Sarath was forced to find employment in small workshops. In 1995, he secured a job as a machinist at Elastomeric Tools and Dies in Piliyandala also on the outskirts of Colombo. Owned by the Swiss-based Gislaved Gummi AB, the company manufactured rubber components, mainly for automotive manufacturers, such as Ford, BMW and Audi.

In 1997, Sarath was in the forefront of a struggle to stop management shutting the factory and sacking hundreds of workers. The SEP organised the Elastomeric United Action Committee and Sarath was unanimously elected by workers as its chairman.

The campaign won significant support from workers and the unemployed in the area as well as students from the nearby Moratuwa University, forcing the company to back down. Elastomeric management, however, was determined to get rid of Sarath and a few years later launched another witch hunt.

In June 2000, Sarath was suspended and threatened with dismissal on bogus charges of refusing to do overtime even though he had obtained permission from his superior to leave the factory after his normal shift. Management had been speeding up production and cutting jobs with over 100 workers dismissed on various pretexts in the months prior to Sarath’s suspension.

Sarath’s victimisation coincided with the imposition of emergency regulations by President Chandrika Kumaratunga’s government. Kumaratunga outlawed all strikes, demonstrations and public meetings following the LTTE’s capture of the Elephant Pass army camp in the North.

The JVP-controlled Inter Company Employees Union (ICEU) at the factory refused to defend Sarath. The SEP campaigned among workers at Elastomeric and other factories in the area, distributing leaflets, circulating petitions and demanding Sarath’s immediate reinstatement. ICEU members protested at their local branch meeting, demanding to know why the union had not opposed Sarath’s suspension.

The RCL’s powerful campaign forced management to reinstate Sarath in less than a month, but management continued its provocations. Sarath and other workers were threatened with transfer to another factory if they did not work to management rosters. He was forced to work late nights and on weekends.

Five months later, in October 2000, the company suspended Sarath for a second time, accusing him of engaging in political activities in the workplace during working hours. Management had broken into his personal locker, which was outside the factory gates and seized all of his belongings, including an SEP manifesto for the October 2000 general elections and several copies of Kamkaru Mawatha, the party’s newspaper.

Sarath denied the bogus charge. He explained that he had legitimately engaged in political work outside the factory and had the democratic right to do so. Once again, the ICEU did not defend Sarath. While the SEP campaigned against this frameup, management refused to reinstate him.

Forced to work in small workshops for a meagre wage for several years, Sarath reluctantly took up work in Saudi Arabia in 2008 because he needed higher wages to pay for the education of his two sons and provide a decent life for his family.

Sarath’s political activities were limited under the brutal and despotic Saudi Arabian regime. However, he fought to introduce the SEP’s analysis to his fellow workers and was actively involved in the SEP social media campaigns to build the party. He regularly participated in online branch meetings and in the last period was involved in organising an immigrant workers’ action committee. 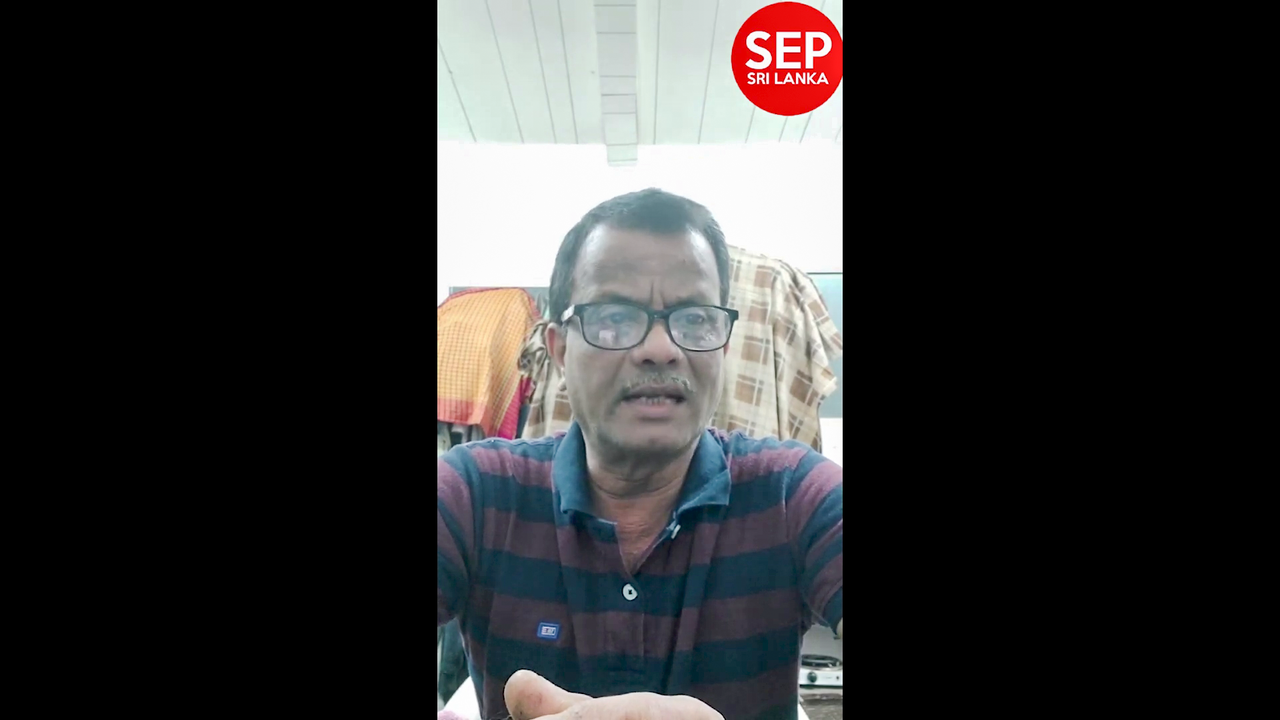 Sarath’s last visit to Sri Lanka was in July in order to attend the funeral of comrade Wije Dias, the SEP chairman and longtime party general secretary.

He told the WSWS: “I learned about the demise of Comrade Wije Dias while I was working in Saudi Arabia and travelled to Sri Lanka to pay him my tribute. The news of his loss was such a shock to me and it felt that I had lost a part of my body. His lectures, ideas and explanations, his approach to questions and his Marxist method were the things that attracted us to the party.”

Last year Sarath told the WSWS that working conditions had worsened in Saudi Arabia because of COVID-19.

“Workers’ wages since the country was reopened, following a brief pandemic lockdown in 2020, are only $US246–$US394, per month, including overtime payments, but the amount of work has trebled since before the pandemic,” he said.

Before leaving to work in Saudi Arabia, Sarath’s home was always available for party work, such as branch meetings and other discussions. Even though he and his family confronted difficult times their hospitality never diminished. Sarath was a selfless person in the truest sense of the word.

“After he was convinced of the internationalist socialist strategy of Trotskyism, he never wavered, right up until his death. Sarath always spoke to fellow workers about his conviction and explained why, and he fiercely argued against political currents, such as the JVP. He was a popular and loved worker among his fellow workers who considered him to be a person they could always rely upon. When he was politically victimised, he would never plead guilty but fought back as a revolutionary fighter in spite of his personal difficulties. He was a person with a melting heart and, using his musical skills, was an entertainer to others. I salute my friend and my comrade at this grievous moment.”

Sujeewa Amaranath, a long-time comrade who worked with Sarath in the Ratmalana party branch, said: “When I joined the SEP as a university student in the late 1990s, Sarath was an energetic young man with a deep knowledge of the history of Trotskyist movement. My political sympathies at that time were with the JVP, falsely believing that it would fight for socialism. Sarath provided me with a critical appraisal of the outcomes of the JVP’s petty-bourgeois guerilla program, and correctly predicted its right-wing trajectory, all of which has been proven correct.”

Sarath was a lover of music, learning from well-known Sri Lankan musicians in his youth. He could play the serpina, an oriental instrument, and the tabla and sing while playing. He loved art and artists.

Sarath was a principled fighter for Trotskyism until the very end—a life that was shortened by the economic circumstances and social misery created by capitalism which isolated him from his family, friends and above all his comrades. His memory is a powerful inspiration for the struggle for socialism.