Home » SL lagging behind other countries due to absence of a national digital policy: Ranawaka’s Committee

SL lagging behind other countries due to absence of a national digital policy: Ranawaka’s Committee

Sri Lanka is lagging behind other countries of the world due to the lack of a national digital policy, views exchanged at the National Council Sub-Committee on identifying Short- and Medium-term Programmes related to Economic Stabilisation chaired by Opposition MP Patali Champika Ranawaka recently.

A large number of public and private sector Information Technology experts, heads of government institutions and heads of private IT companies were invited to this meeting to discuss the issues related to the IT sector and proposals for the same.

It was also discussed that it is still not possible to prepare a network that connects all government institutions, under the concept of ‘E-Governance’. It was discussed at length about how the related policies should be prepared quickly and the distance between the state, the citizen and the businessman should be reduced.

In view of the current economic crisis, the IT sector in Sri Lanka is facing a number of problems, IT professionals said. It was emphasised that the main problem is the labour of professionals with many years of experience is flowing out of the country.

Although the IT subject has been introduced in the school syllabus in Sri Lanka, there has not been enough involvement of the experts in the field and it was also suggested to look into the possibility of making the subject of Information and Communication Technology a compulsory subject in the new education reforms, the Committee observed. 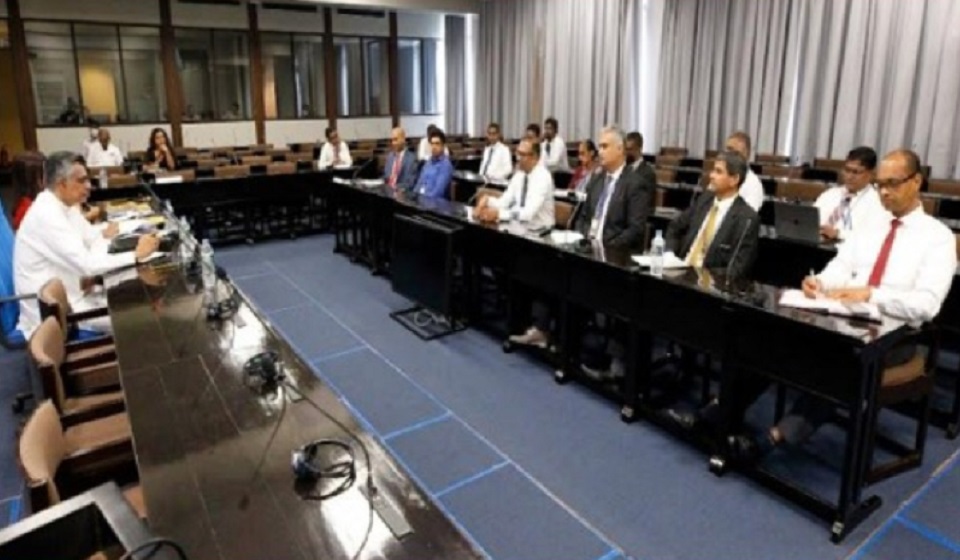 The experts pointed out that the quality of labour in Sri Lanka’s IT sector is high. Therefore, it was emphasised that the amount of foreign currency coming into the country will grow by directing workers to work in institutions located in countries such as the United States and the United Kingdom without leaving the country because there is no big issue related to the excessive demand for labour in the field.

Adding, attention was drawn to the fact that small-scale IT companies are facing severe difficulties due to the power cuts and current electricity crisis and the increase in energy costs in large-scale businesses.

It was also discussed in the committee that Sri Lanka’s ”digital economy” with a value of approximately 3.47 million dollars is about 4.37 per cent of the total economy, while considering other countries in the world, it is at a level of about 15 per cent. The experts also pointed out the need for the Export Development Board to prepare a program to reduce export transportation costs such as shipping charges, postage, and courier charges for small-scale sellers.