Ranil Wickremasinghe sits in the President’s House with a failing agenda that threatens to draw the country into the escalating U.S.-China conflict, writes Vijay Prashad.

On July 9, remarkable images floated across social media from Colombo, Sri Lanka’s capital. Thousands of people rushed into the presidential palace and chased out former President Gotabaya Rajapaksa, forcing him to flee to Singapore.

In early May, Gotabaya’s brother Mahinda, also a former president, resigned from his post as prime minister and fled with his family to the Sri Lankan naval base at Trincomalee. The public’s raw anger toward the Rajapaksa family could no longer be contained, and the tentacles of the Rajapaksas, which had ensnared the state for years, were withdrawn.

Now, almost a month later, residual feelings from the protests remain but have not made any significant impact.

Wickremesinghe’s ascension to the presidency reveals a great deal about both the weakness of the protest movement in this nation of 22 million people and the strength of the Sri Lankan ruling class.

In Parliament, Wickremesinghe’s United National Party has only one seat – his own – which he lost in 2020. Yet, he has been the prime minister of six governments on and off from 1993 to the present day, never completing a full term in office but successfully holding the reins on behalf of the ruling class nonetheless.

This time around, Wickremesinghe came to power through the Rajapaksas’ Sri Lanka Podujana Peramuna (Sri Lanka People’s Front), which used its 114 parliamentarians (in a 225-person Parliament) to back his installation in the country’s highest office. In other words, while the Rajapaksa family has formally resigned, their power – on behalf of the country’s owners – is intact. 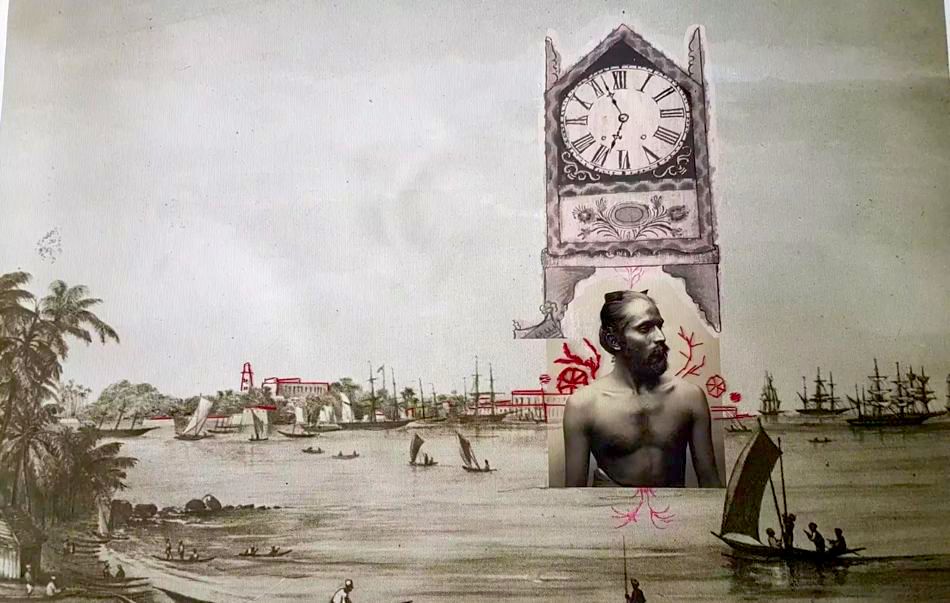 The people who gathered at Galle Face Green Park and other areas in Sri Lanka rioted because the economic situation on the island had become intolerable. The situation was so bad that, in March, the government had to cancel school examinations owing to the lack of paper. Prices surged, with rice, a major staple, skyrocketing from 80 Sri Lankan rupees (LKR) to 500 LKR, a result of production difficulties due to electricity, fuel and fertiliser shortages. Most of the country (except the free trade zones) experienced blackouts for at least half of each day.

Since Sri Lanka won its independence from Britain in 1948, its ruling class has faced crisis upon crisis defined by economic reliance on agricultural exports, mainly of rubber, tea, and, to a lesser extent, garments.

These crises – particularly in 1953 and 1971 – led to the fall of governments. In 1977, elites liberalised the economy by curtailing price controls and food subsidies and letting in foreign banks and foreign direct investment to operate largely without regulations.

They set up the Greater Colombo Economic Commission in 1978 to effectively take over the economic management of the country outside of democratic control. A consequence of these neoliberal arrangements was ballooning national debt, which has oscillated but never entered safe territory. A low growth rate alongside a habit of issuing international sovereign bonds to repay old loans has undermined any possibility of economic stabilisation. In December 2020, S&P Global Ratings downgraded Sri Lanka’s long-term sovereign credit rating from B-/B to CCC+/C, the lowest grade prior to D or “in default” status.

Sri Lanka’s ruling class has been unable, or perhaps unwilling, to reduce its dependency on foreign buyers of its low-value products as well as the foreign lenders that subsidise its debt.

In addition, over the past few decades – at least since the ugly 1983 Colombo riot – Sri Lanka’s elite class has expanded military expenditure, using these forces to enact a terrible slaughter of the Tamil minority.

The country’s 2022 budget allocates a substantial 12.3 percent to the military. If you look at the number of military personnel relative to the population, Sri Lanka (1.46 percent) follows Israel, the world’s highest (2 percent), and there is one soldier for every six civilians in the island’s northern and eastern provinces, where a sizeable Tamil community resides. This kind of spending, an enormous drag on public expenditure and social life, enables the militarisation of Sri Lankan society.

Authors of the sizeable national debt are many, but the bulk of responsibility must surely lie with the ruling class and the International Monetary Fund.

Since 1965, Sri Lanka has sought assistance from the IMF 16 times. During the depth of the current crisis, in March 2022, the IMF’s executive board proposed that Sri Lanka raise the income tax, sell off public enterprises and cut energy subsidies.

Three months later, after the resulting economic convulsions had created a serious political crisis, the IMF staff visit to Colombo concluded with calls for more “reforms,” mainly along the same grain of privatisation. U.S. Ambassador Julie Chang met with both President Wickremesinghe and Prime Minister Dinesh Gunawardena to assist with “negotiations with the IMF.” There was not even a whiff of concern for the state of emergency and political crackdown. 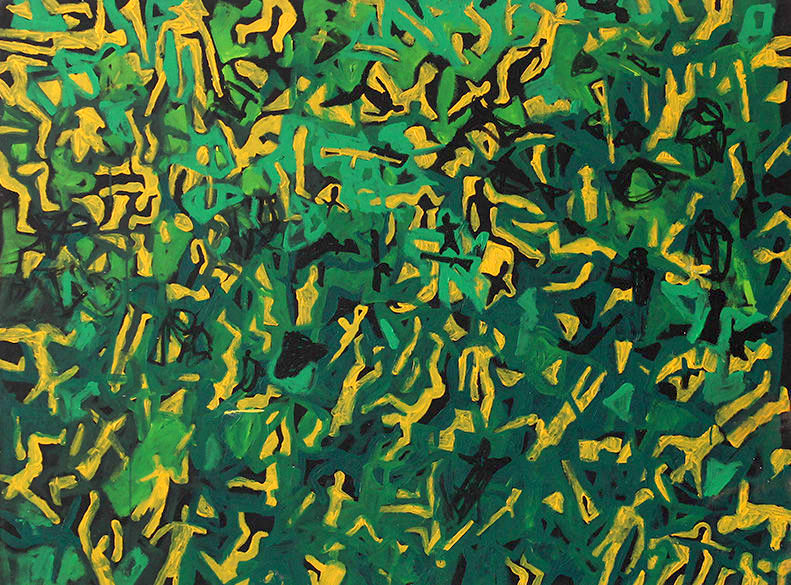 These meetings show the extent to which Sri Lanka has been dragged into the U.S.-imposed hybrid war against China, whose investments have been exaggerated to shift the blame for the country’s debt crisis away from Sri Lanka’s leaders and the IMF.

Official data indicates that only 10 percent of Sri Lanka’s external debt is owed to Chinese entities, whereas 47 percent is held by Western banks and investment companies such as BlackRock, JP Morgan Chase, and Prudential (United States), as well as Ashmore Group and HSBC (Britain) and UBS (Switzerland).

Despite this, the IMF and USAID, using similar language, continually insist that renegotiating Sri Lanka’s debt with China is key. However, malicious allegations that China is carrying out “debt trap diplomacy” do not stand up to scrutiny, as shown by an investigation published in The Atlantic.

Wickremasinghe sits in the President’s House with a failing agenda. He is a fervent believer in Washington’s project, eager to sign a Status of Forces Agreement with the U.S. to build a military base, and was ready for Sri Lanka to join Washington’s Millennium Challenge Corporation (MCC) with a $480 million grant.

However, one reason that Wickremasinghe’s party was wiped out in the last election was the electorate’s deep resistance to both policies. They are designed to draw Sri Lanka into an anti-China alliance which would dry up necessary Chinese investment. Many Sri Lankans understand that they should not be drawn into the escalating conflict between the U.S. and China, just as the old – but raw – vicious ethnic wounds in their country must be healed. 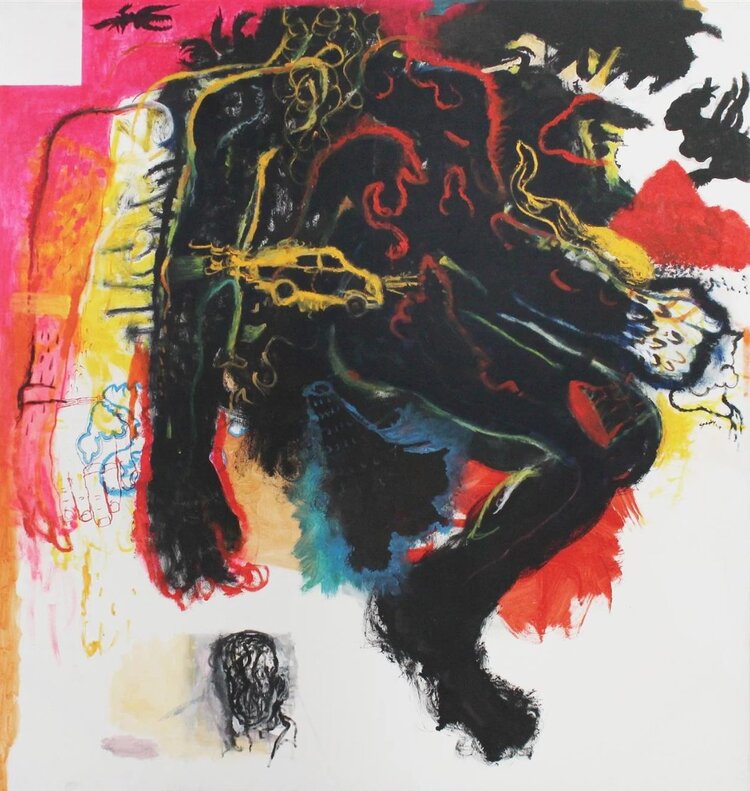 A decade ago, my friend Malathi De Alwis (1963–2021), a professor at the University of Colombo, collected poetry written by Sri Lankan women. While reading the collection, I was struck by the words of Seetha Ranjani in 1987. In memory of Malathi, and in joining Ranjani’s hopes, here is an excerpt of the poem “The Dream of Peace.”

But can anything erase the pain wrought by war?
Look amidst the ruins: brick by brick
Human hands toiled to build that home
Sift the rubble with your curious eyes
Our children’s future went up in flames there

Can one place a value on labour lost?
Can one breathe life into lives destroyed?
Can mangled limbs be rebuilt?
Can born and unborn children’s minds be reshaped?

We died –
and dying,
We were born again
We cried
and crying,
We learned to smile again
And now –
We no longer seek the company of friends
who weep when we do.
Instead, we seek a world
in which we may find laughter together.

Vijay Prashad is an Indian historian, editor and journalist. He is a writing fellow and chief correspondent at Globetrotter. He is an editor of LeftWord Books and the director of Tricontinental: Institute for Social Research. He is a senior non-resident fellow at Chongyang Institute for Financial Studies, Renmin University of China. He has written more than 20 books, including The Darker Nations and The Poorer Nations.  His latest books are Struggle Makes Us Human: Learning from Movements for Socialism and, with Noam Chomsky,  The Withdrawal: Iraq, Libya, Afghanistan, and the Fragility of US Power.

This article is fromTricontinental: Institute for Social Research.