written by Al Jazeera – Breaking News, World News and Video from Al Jazeera Wed Jul 13, 4:19 am Source
The Sri Lankan prime minister’s office has confirmed that President Gotabaya Rajapaksa has fled the country. Rajapaksa, 73, left for the Maldives hours before he was expected to resign amid widespread protests over his handling of a devastating economic crisis. Prime Minister Ranil Wickremesinghe has declared a state of emergency across the island nation. Hundreds of protesters in Colombo continue to occupy the official residences of the president and the prime minister after both buildings were stormed on Saturday. Sri Lanka is facing a severe shortage of fuel and other essential supplies and is seeking a bailout from the International Monetary Fund.

Here are the latest developments:

A spokesperson for the prime minister’s office has said “an islandwide state of emergency has been declared with immediate effect” in Sri Lanka.

A curfew was also declared in the Western Province, where Colombo is located, spokesperson Shanuka Karunaratne. 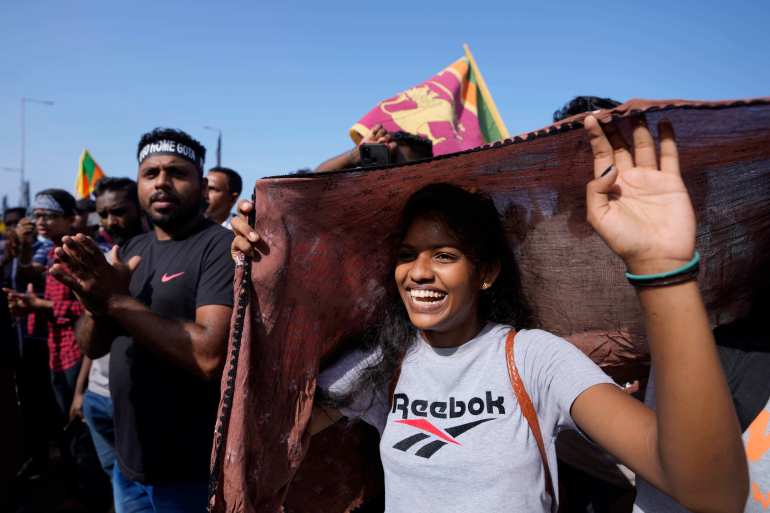 Protesters ‘waiting to see’ what president is going to do

“They want an official formal resignation, which they don’t have so far. If that’s not been given, they will take to the streets massively again like what we saw last Saturday when… hundreds of thousands of Sri Lankans came to Colombo and stormed the presidential residency and the prime minister’s house was burnt,” she said.

Key members of Sri Lanka’s ruling party are keen to back Prime Minister Ranil Wickremesinghe as their presidential nominee though no decision has been taken yet, a top ruling party source has told Reuters news agency.

The source, speaking on the condition of anonymity, said that the members met on Tuesday evening and their “overwhelming consensus” was for Wickremesinghe to replace President Gotabaya Rajapaksa, who has fled to the Maldives after protesters stormed his residence on Saturday.

Protesters have also demanded the resignation of Wickremesinghe, who himself has offered to resign as prime minister to make way for a unity government. 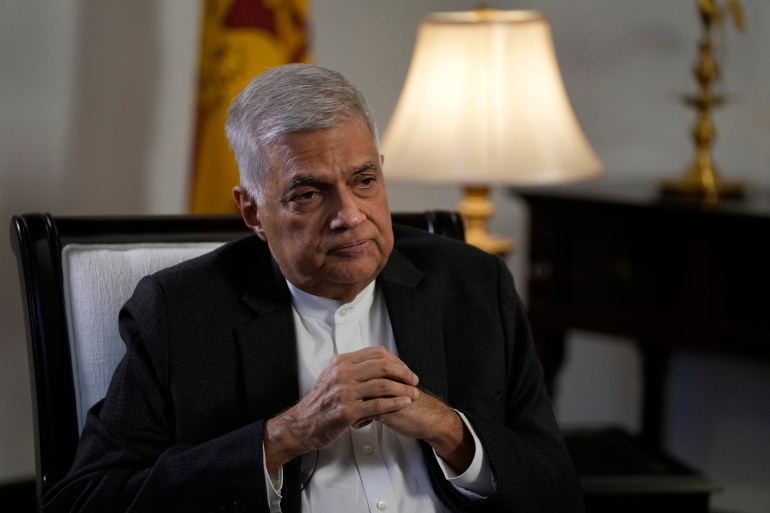 Protesters marching towards Prime Minister Wickremesinghe office have been tear gassed and several have sustained injuries.

“If (he) doesn’t resign we wouldn’t hand over the buildings we occupied and continue our protest,” he said.

“At the meeting with the party leaders yesterday, the opposition parties also agree that the prime minister should go. It is one of our 6 key demands of the ‘aragalaya’,” he added, using the Sinhala word for “struggle” which has been used to describe the protest movement. 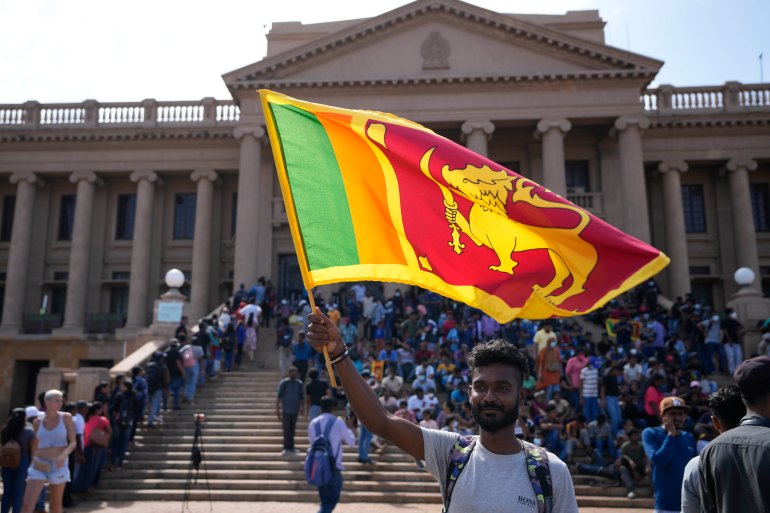 “It is reiterated that India will continue to support the people of Sri Lanka as they seek to realise their aspirations for prosperity and progress through democratic means and values, established democratic institutions and constitutional framework,” the tweet said.

High Commission categorically denies baseless and speculative media reports that India facilitated the recent reported travel of @gotabayar @Realbrajapaksa out of Sri Lanka. It is reiterated that India will continue to support the people of Sri Lanka (1/2)

“The Speaker is yet to receive the president’s resignation. It is expected he’d receive it during the day, today,” the official said. “The Speaker would inform the media, and the general paublic, as soon as he receives it.”

Protesters have warned of a “decisive fight” if both Rajapaksa and Prime Minister Ranil Wickremesinghe did not resign by the afternoon.

On Wednesday morning, Sri Lankans continued to stream into the colonial-era President’s House.

A growing line of people waited to enter the residence, many of whom had traveled from outside Colombo on public transport.

“What Rajapaksa did – flee the country – is a timid act,” said Bhasura Wickremesinghe, a 24-year-old student of maritime electrical engineering, who came with friends. 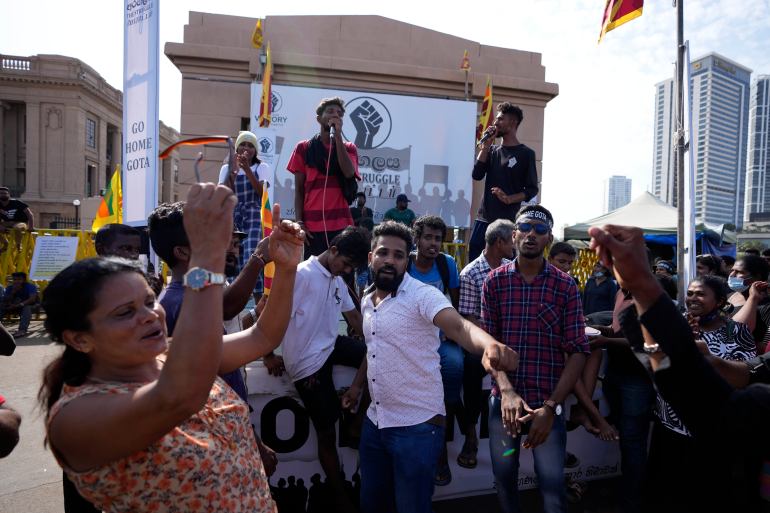 When will the Sri Lankan president resign?

President Gotabaya Rajapaksa, who has fled to the Maldives, is not expected to resign until after he reaches his final destination, sources tell Al Jazeera.

The president would most likely proceed to another Asian country from the Maldives, a government source said.

Saman Ekanayake, secretary to the prime minister, was told that the presidential secretariat is yet to receive his letter of resignation.

As a result, Prime Minister Ranil Wickremesinghe has not made any preparation to take oath as temporary president, a source from the prime minister’s office told Al Jazeera.

3 hours ago (03:52 GMT) Sri Lanka president flees to the Maldives

The president’s flight brings an end to the rule of the powerful Rajapksa clan that has dominated politics in the South Asian nation for the last two decades.