Sri Lanka crisis: Parents forced to pick which child can go to school

Ten-year-old Malki is too excited to stay in bed.

She’s up an hour before her two sisters and two brothers so that she can scrape some bright red gloss off her fingernails.

Today is her first day back at school and she wants to be spotless.

But her siblings must stay at home – her family can only afford to send her.

Six months ago, Sri Lanka was in the eye of the storm for its worst economic crisis since independence.

While calm has largely returned to the island nation, the full impact of mass unemployment and dramatic price rises is now visible among many families.

Malki’s mother Priyanthika has had to pause her children’s schooling so they can earn money by selling fireworks.

While school is free in Sri Lanka, meals are not provided. When you add in the cost of uniforms and transport, education is a luxury Priyanthika can no longer afford. 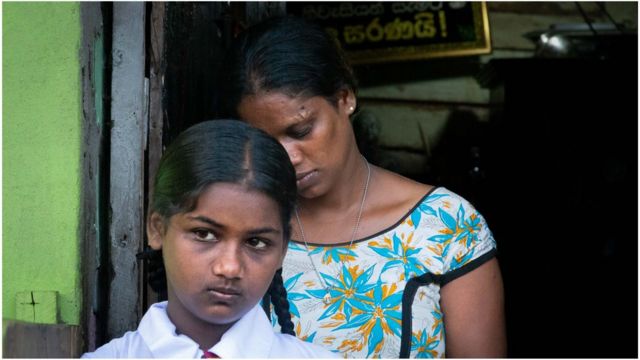 Image caption, Priyanthika had to pause schooling for all her children except Malki

Sitting in her one-bedroom home on the bed everyone shares, she wipes the tears from her face.

“All these kids used to go to school every day. I don’t have the money to send them now,” she says.

Malki can go to school because her shoes and uniform still fit.

But her younger sister Dulanjalee lies in bed crying, upset that today is not her turn.

As the sun rises, children who are going to class hurry along dirt roads in white cotton uniforms, jumping on the back of motorcycles or piling into tuk-tuks.

He is the principal of Colombo’s Kotahena Central Secondary College and sees the economic distress every day. 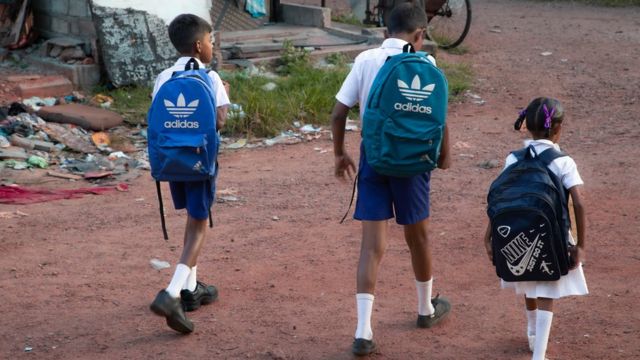 Image caption, Parents are unable to send their children to school every day due to the economic crisis

“When the school day begins, when we have the morning assembly, children tend to faint from hunger,” he says.

The government says they have started distributing rice to schools but several schools contacted by the BBC say they have received no help.

Mr Weerasinghe says student attendance fell as low as 40% before he was forced to ask teachers to bring in extra food to keep students returning to class.

Joseph Stalin is General Secretary of the Ceylon Teachers Union.

He believes the government is wilfully unaware of the increasing numbers of families giving up on education because of the cost. 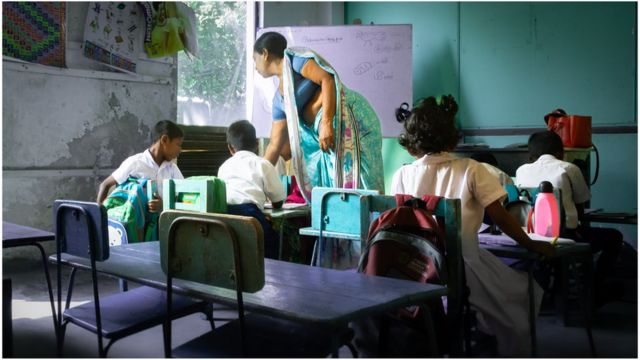 Image caption, Education is in short supply for hungry children

“Our teachers are the ones who see the empty lunch boxes,” he says. “The real victims of this economic crisis are the children.”

“[The government] are not looking for an answer to this issue. It’s been seen and identified by UNICEF and others, rather than the Sri Lankan government.”

UNICEF say it will get harder for people to feed themselves in the months ahead, with inflation in the cost of basic goods like rice continuing to cripple families.

It’s expected more children across the country will be forced to stop attending class.

With the government seemingly unable to manage the situation, charities have had to step in.

Samata Sarana is a Christian charity which has been helping Colombo’s poorest for three decades.

Today, its food hall is packed with hungry students from schools across the capital. 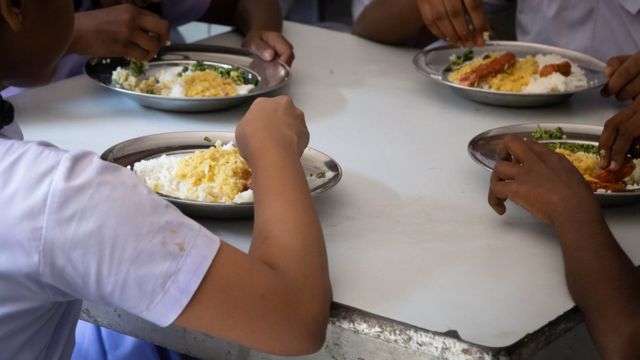 Image caption, Charities are trying to keep as many children at school as possible

While the charity can help around 200 children daily, it is clear it’s struggling to meet demand.

“They give us food, buses to go home, they give us everything so now we can study,” says five-year-old Manoj as he waits in line for lunch with a group of friends.

When Malki returns home from her first day back at school, she tells her mother how much she enjoyed seeing her friends again.

But she also tells her mother she needs a new workbook and says her teachers are asking for extra money to buy materials for a school project.

Money that the family does not have.

“If we manage to find today’s meal, we go on to worry about how to find something to eat tomorrow,” says Priyanthika.

“That has become our life.”