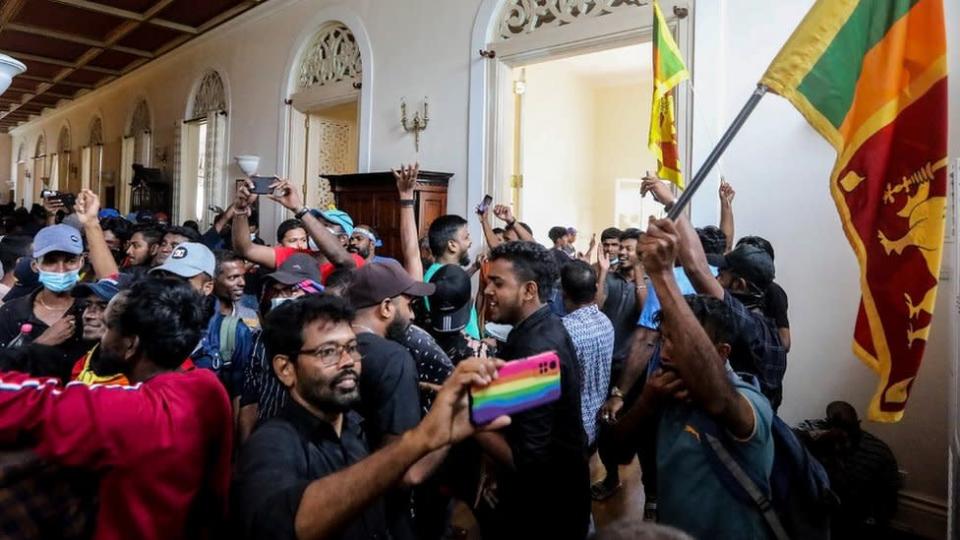 These are extraordinary times for Sri Lanka - after a day of fury and violence, the country's two senior leaders have agreed to step down.

The news triggered jubilation at the main protest site in Colombo. Firecrackers were set off in many parts of the city.

I am at the Galle Face protest site - many protesters have started returning home, thousands are still present. Some have been singing and playing musical instruments, celebrating.

What a turnaround of events. A few days ago a photo of President Gotabaya Rajapaksa and Prime Minister Ranil Wickremesinghe smiling in parliament was widely shared on social media.

Many vented their anger, saying the two men appeared to be happy while millions were struggling to eat three meals a day. But a week is a long time in politics.

President Rajapaksa's resignation has been the main demand of the protesters during months of unrest, as inflation surges and the authorities struggle to import food, fuel and medicine.

Sri Lanka is facing a crippling foreign currency shortage and has asked the International Monetary Fund for an emergency loan. 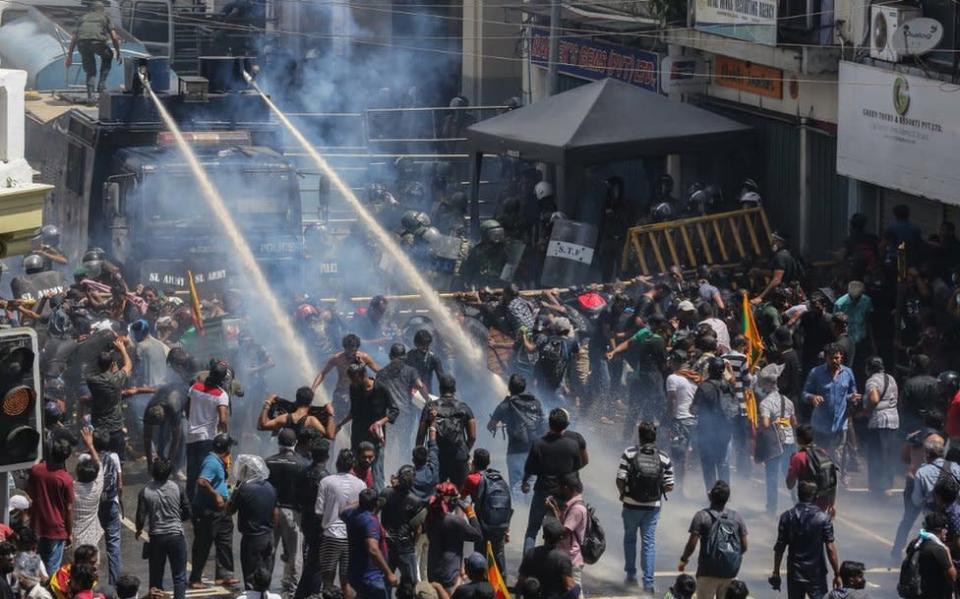 I have seen President Rajapaksa at the peak of his power. He was a ruthless and much-feared man. No-one, including journalists, would want to be on the receiving end of his angry outbursts.

Many of the staunchest critics of the regime were either severely beaten or even disappeared, though the Rajapaksas - the president and his brother, former prime minister Mahinda Rajapaksa - always denied any links to the violence or disappearances.

Now President Rajapaksa fleeing his official home for safety is dramatic - unthinkable a few months ago. The man had the support of the majority Sinhala Buddhist community, after leading the military to crush the separatist Tamil Tigers in 2009.

The Rajapaksa brothers were then celebrated as war heroes. In a dramatic twist, now they face the ignominy of being overthrown by the same people who brought them to power. 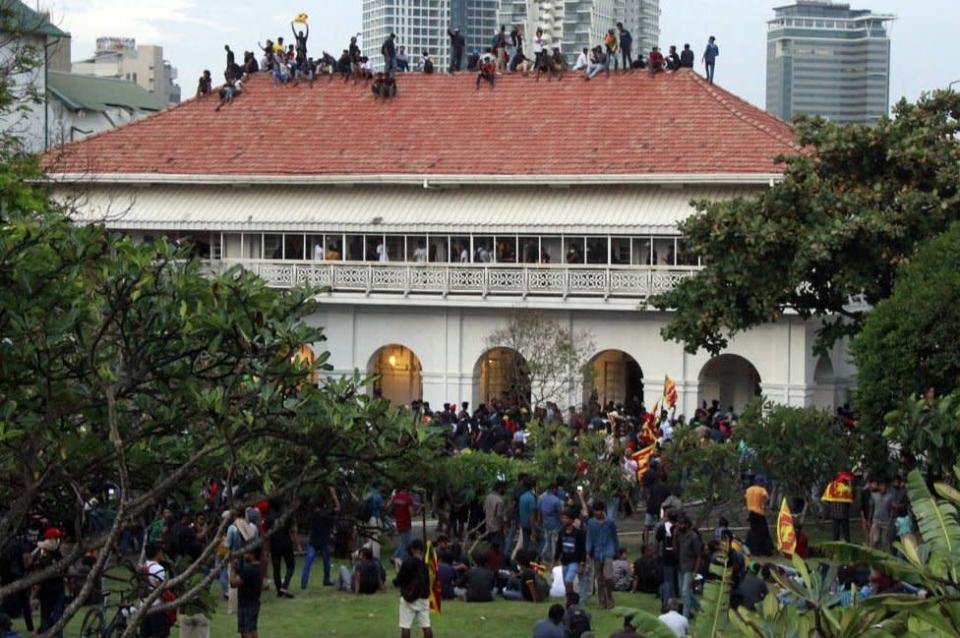 Protesters got onto the roof of Temple Trees, the prime minister's official residence