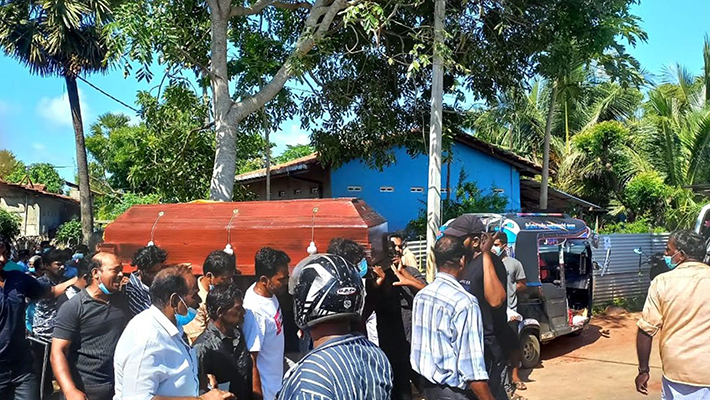 The ‘killing’ of Edward Mariyaseelan, a fisherman in the Northern Province seems to re-emphasise that extra judicial killing have become a norm rather than an exception in Sri Lanka.

The local community and politicians in the Mathagal in Jaffna district have demanded an inquriy against the Sri Lankan Navy for their alleged killing of Mariyaseelan.

This demand was raised at a protest by the local public, fisherfolk and politicians led by former member of parliament from the Tamil National Alliance M K Sivajilingam. Those gathered at the funeral and subsequent protests expressed their anger and anguish over his killing.

Mariyaseelan, apart from being a fisherman, was also known as a popular social activist who was in the forefront of agitations against the occupying Sri Lankan navy, who are seeking to expand their naval base. The sri Lankan navy has been accused of grabbing lands in Mathagal to expand their presence under the guise of watching Indian trawlers allegedly poaching in Sri Lankan waters.

Locals say, Edward Mariyaseelan (31) was targeted by the Sri Lankan navy for his social activism and his killing is nothing short of a ‘murder at sea’.

The navy has apparently denied the allegation that it was behind the death of Mariyaseelan and have blamed the Indian trawlers for his death. The incident happened on the night 10th January off the coast of Mathagal and his body was found washed ashore by his family and friends, the next day morning.

M K Sivajilingam who attended his funeral has called for the locals to testify before an inquest to be held at the Mallakam magistrate’s court on 26th of this month. He has also warned the Sri Lankan government that such killings would be internationalised. 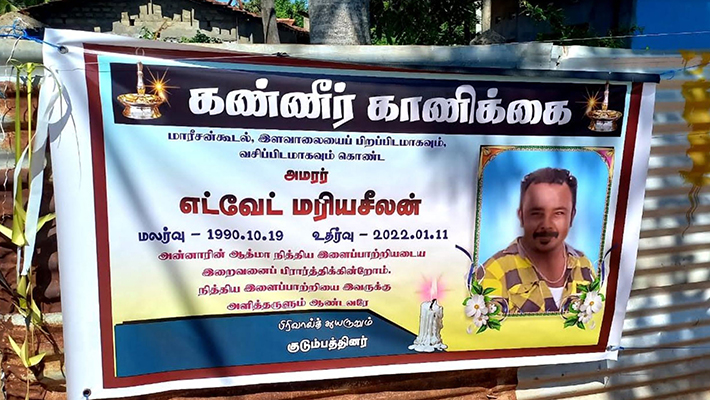 “Stop your genocidal activities or we will highlight the atrocities in the national and international fora. The inquest will be held at the magistrate court in Mallakam on 26th January. So, members of the public are invited to share their testimony about what they have heard, known, expect, believe and have seen”.

He says a larger protest would be organised in Jaffna or in front of the court. According to him severe head injuries were seen on his body and the outboard engine of his boat was badly damaged.

“So, we strongly suspect that he was intentionally killed by the Navy. Had it been an accident, the Navy should have rescued him on humanitarian basis and offered first aid and sent him for treatment. This is a clear case of suspected murder”.

Leader of the Tamil People’s Front, Gajendrakumar Ponnambalam had offered his support for the protest against the killing. 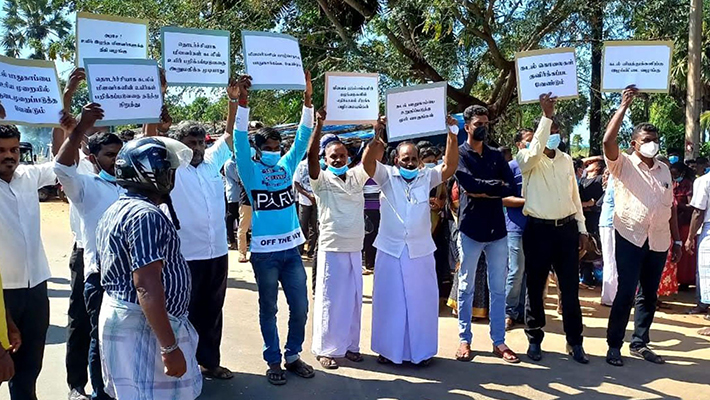 “We fully stand in solidarity with the protests against the killing” he tweeted.

Sri Lankan Military and Navy have long been accused of intimidating people and have been alleged to be behind instances of ongoing land grabbing and killings to expand their bases under the guise of national security.