Colombo, Sri Lanka – There is calm on the streets of Sri Lanka, a day after protesters stormed the president’s residence and set fire to the prime minister’s house, forcing both the leaders to announce their resignations over a worsening economic crisis in the country.

President Gotabaya Rajapaksa is expected to quit on Wednesday, marking a dramatic end to the powerful clan’s hold over Sri Lankan politics for more than two decades.

Prime Minister Ranil Wickremesinghe, who assumed the post only two months ago, also offered to resign to allow an all-party interim government to take over. 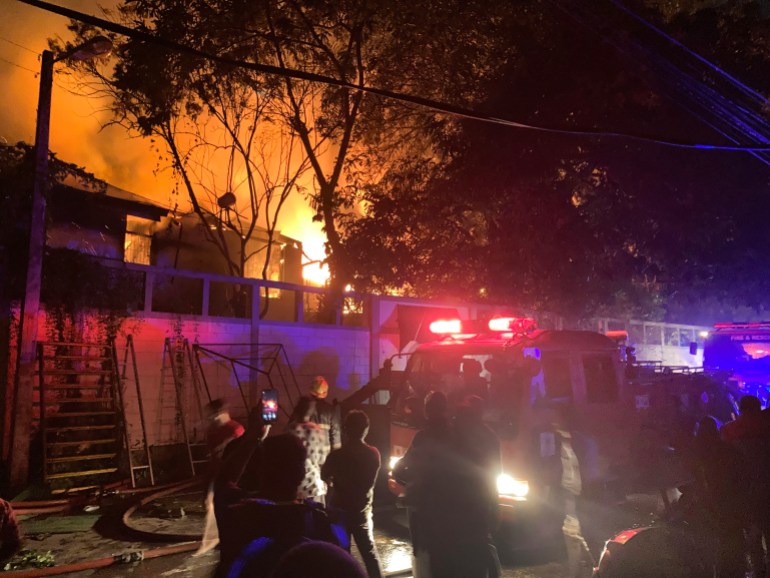 Rajapaksa, 73, has urged people to allow a peaceful transition of power, which he plans to supervise before quitting office.

A meeting of the leaders of the political parties is scheduled on Sunday, with opposition politicians claiming they have the parliamentary majority to form an interim government.

“We need a change. This is not the way we deserve to live. The leaders are responsible for what has happened to this country,” K Chandra, a demonstrator, told Al Jazeera.

Following the resignations of the president and the prime minister, Parliament’s Speaker Mahinda Yapa Abeywardena is expected to take over as acting president as per Sri Lanka’s constitution. 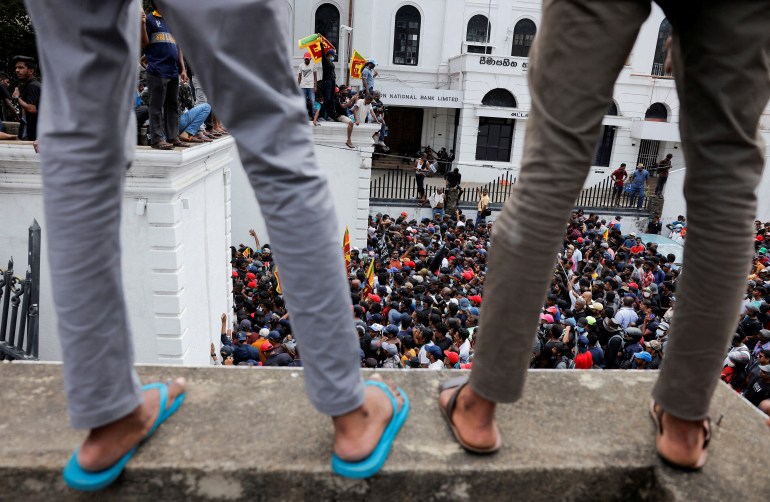 On Sunday morning, many protesters were still camping in the president’s official residence. They cooked food, played the piano, and even enjoyed games of card and carrom in the house.

Local residents toured the premises. A woman who came with her two teenage daughters told Al Jazeera she wanted to see how the presidents lived. “We have not seen what their lifestyle was like. I wanted to see for myself,” she said.

Meanwhile, police said they have arrested more than 3,000 people in connection with the protests on Saturday.

Bhavani Fonseka of the Centre for Policy Alternatives said the protesters burning the prime minister’s residence was a worrying development.

“Violence is not the answer to the problem. Citizens should respect each other,” he told Al Jazeera.

Fonseka said the resignation announced by the leaders must happen, but it should not cause a political vacuum.

For months, the demands of the people, angry over the country’s worst economic crisis in 70 years, were loud and clear. The slogan, “Gota Go Home” was a consistent call, referring to the beleaguered president.

The protesters on Saturday massed in capital Colombo’s seafront Galle Face area, where thousands of people had been camping for months, calling for the president to resign for his handling of the economic crisis. 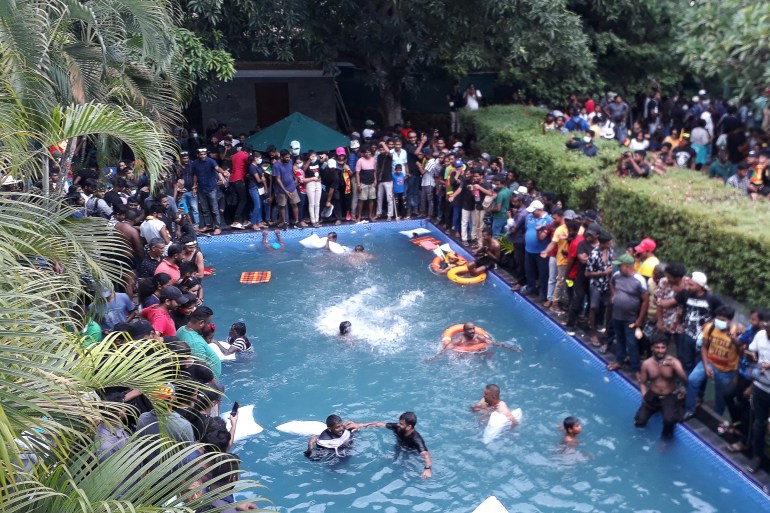 As soon as they breached the president’s colonial-era residence, images and videos of them taking a dip in the compound’s swimming pool and some even tuning in to a game of cricket on television went viral on social media.

“We won’t stop till Gota goes,” a demonstrator told Al Jazeera as his companions cheered.

Nishan de Mel, executive director of Verité Research, said Sri Lanka’s problems cannot be resolved quickly. “But they can certainly be diverted to a better path than what is going on today,” he told Al Jazeera.

He said one of the fundamental problems of Sri Lanka’s leadership was rampant corruption.

“I think with an all-party government, the expectation is that it would be a caretaker government that puts a stop to the current trend of corruption and bad decision-making and steer Sri Lanka in the right direction,” he said, adding that it would create new and better leadership.

The economic crisis in Sri Lanka began earlier this year after its government suspended repayment of foreign loans due to a foreign currency shortage. The country is holding bailout talks with the International Monetary Fund (IMF) and relying on aid from India and other nations.

Many believe the much-anticipated IMF bailout could be delayed due to the political crisis. IMF officials told reporters they were hoping for the situation in Sri Lanka to improve.

“We are closely monitoring the ongoing developments in Sri Lanka. We hope for a resolution of the current situation that will allow for resumption of our dialogue on an IMF-supported programme,” they said as they reaffirmed their commitment to support Sri Lanka.

Political analyst Aruna Kulatunga said whoever takes the task of rebuilding and stabilising Sri Lanka, it will not only be a hard but also a “hazardous” job.

“The many pitfalls ahead could include decisions to be made on whether or not we go for an IMF-backed debt rescheduling or will we simply decide to be a pariah state and simply stop acknowledging our debt to the rest of the world, and seek refuge in geopolitical gamesmanship by requesting help from other nations who are not in the mainstay of global economics,” he told Al Jazeera.