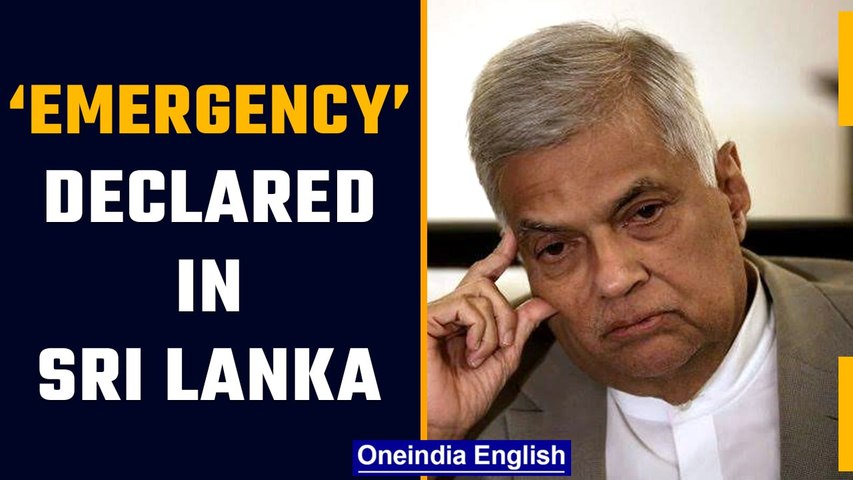 "It is expedient, so to do, in the interests of public security, the protection of public order, and the maintenance of supplies and services essential to the life of the community," the notification stated. 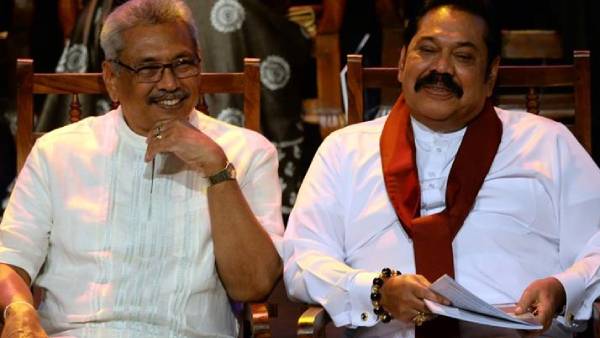 Wickremesinghe, who was sworn-in as acting president on Friday after President Gotabaya Rajapaksa fled to the Maldives and then to Singapore from where he resigned in the face of public revolt against his government's mishandling of the country's economy, imposed the emergency as protests demanding his resignation too have continued in most parts of the country.

The government gazette dated July 17 imposing a state of emergency in the troubled nation was issued on Monday morning. Wickremesinghe in the notification said that he was of the opinion enforcing public emergency was required in Sri Lanka in the interests of public security, the protection of public order and the maintenance of supplies and services essential to the life of the community.

The 225-member Parliament is expected to elect the new president on July 20. The seat fell vacant after Rajapaksa's resignation last week.

The president is empowered to impose emergency regulations in part 2 of the public security ordinance which says "(a) if the president is of the opinion that the police are inadequate to deal with a situation he may gazette an order calling out the armed forces to maintain public order".

This means that security forces gain the power to search, arrest, seize and remove weapons and explosives, and enter and search premises or persons.

Opposition leaders slammed the move to impose an emergency. "Imposition of Emergency is an undemocratic draconian act. Peace loving citizens of our motherland have the sacred privilege to exercise their fundamental rights in a democratic society. Long live democracy," Leader of the Opposition and Samagi Jana Balawegaya (SJB) party leader Sajith Premadasa tweeted.

Opposition Tamil National Alliance (TNA) MP M A Sumanthiran in two separate tweets tagged media reports and wrote "'Ranil Rajapaksa': Wickremesinghe's Power Grab Will End Badly for Sri Lanka", "Why @RW_UNP has become unacceptable to the country to succeed @GotabayaR as President for the rest of the term? The emergency order comes as Parliament is set to accept on Tuesday the nominations for the post of president, which fell vacant last week after Rajapaksa fled the country and later resigned.

Rajapaksa is currently in Singapore. At least four candidates, including Wickremesinghe, are in the race to become the new president who will serve the remaining tenure of Rajapaksa till November 2024. The voting in parliament is to take place on Wednesday.

On Sunday, the acting president's office said he had ordered the police to keep track of those who threaten and influence parliamentarians in Wednesday's vote.

The security around the Parliament complex has been tightened and all the entry roads leading to the parliament have been closed off with roadblocks, according to local media.

The decision to impose the emergency also came amid growing protests demanding Wickremesinghe's resignation. Sri Lankan protesters on Sunday vowed to continue their struggle for a complete change of the system by abolishing the presidency.

Sri Lanka is facing its worst economic crisis in seven decades, with a severe foreign exchange shortage hampering the import of essentials including food, fuel and medicines.

A state of emergency was declared several times in Sri Lanka since April when protests sparked against the government. Wickremesinghe last week too announced a state of emergency after Gotabaya Rajapaksa fled the country, but it had not been officially notified. The economic crisis also sparked a political crisis in the country after a popular uprising against the government.

The island nation off the tip of southeast India needs about USD 5 billion in the next six months to cover basic necessities for its 22 million people, who have been struggling with long queues, worsening shortages and power cuts.