Thousands break police barricades and storm the president’s official residence in one of the largest anti-government marches in the country this year.

Thousands of protesters in Sri Lanka have broken through police barricades and stormed the president’s residence and office in one of the largest anti-government marches in the crisis-hit country this year.

Troops fired in the air to prevent angry crowds from overrunning the President’s House, reports said, adding that the beleaguered 73-year-old leader has been moved to a secure but undisclosed location.

Prime Minister Ranil Wickremesinghe has called an emergency meeting of political party leaders amid growing anger over the government’s handling of an economic crisis.

Wickremesinghe also requested the speaker to summon parliament, a statement from the prime minister’s office said. 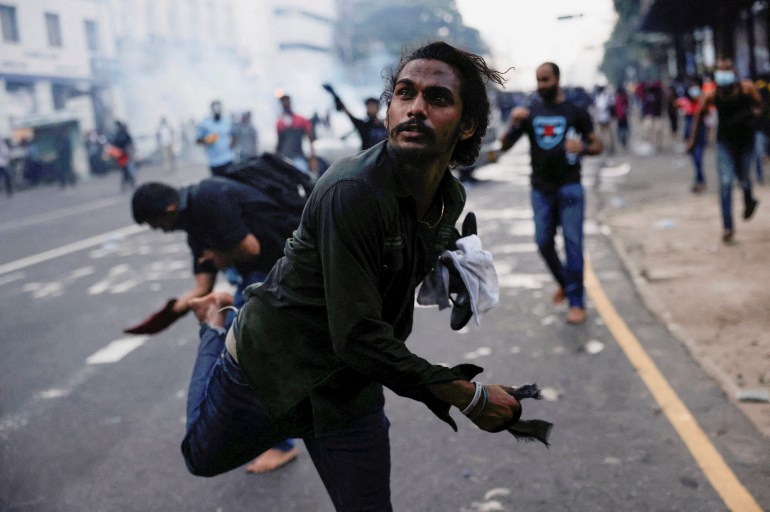 Many in the island nation of 22 million people blame the country’s decline on Rajapaksa. Largely peaceful protests since March have demanded his resignation.

Sri Lanka is struggling under a severe foreign exchange shortage that has limited essential imports of fuel, food and medicine, plunging it into the worst financial turmoil in 70 years.

Months of protests have nearly dismantled the Rajapaksa political dynasty that has ruled Sri Lanka for most of the past two decades.

One of Rajapaksa’s brothers resigned as prime minister last month, and two other brothers and a nephew quit their cabinet posts earlier.

Wickremesinghe took over as prime minister in May and protests temporarily waned in the hope he could find cash for the country’s urgent needs. But people now want him to resign as well, saying he has failed to fulfil his promises. 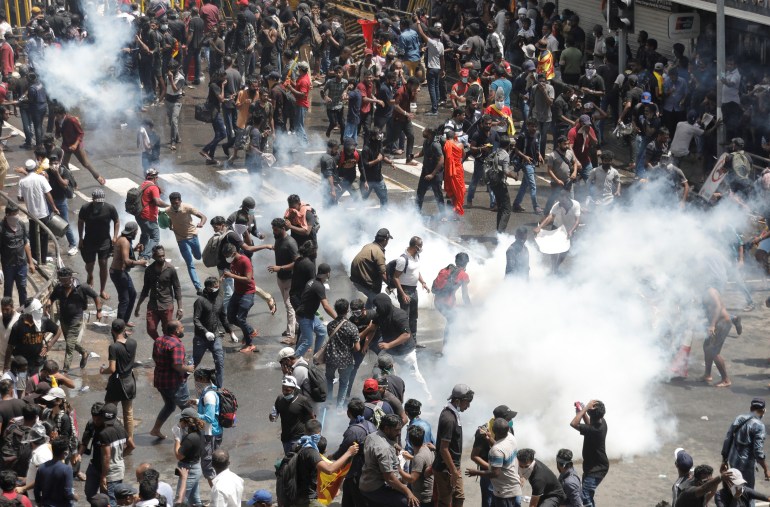 Reporting from Colombo, Al Jazeera’s Minelle Fernandez said security forces responded with tear gas after university students and other members of the public congregated on a road leading to the president’s house.

“There’s been a heavy security and special task force presence. The comeback was completely over the top with tear gas canisters raining down to disperse the protesters. There was complete mayhem, almost a stampede to get out,” said Fernandez.

Police imposed a curfew in Colombo and several other main urban areas on Friday night but withdrew it on Saturday morning amid objections by lawyers and opposition politicians who called it illegal. 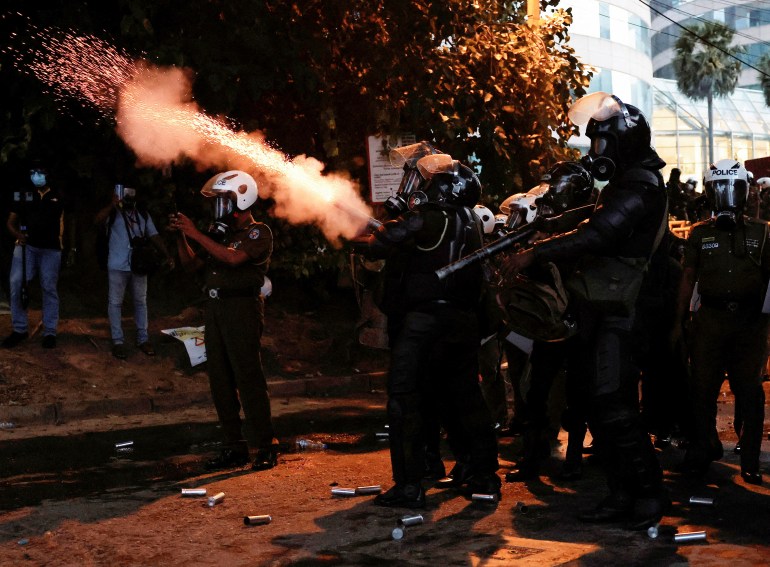 Despite a severe shortage of fuel that has stalled transportation services, demonstrators packed into buses, trains and trucks from several parts of the country to reach Colombo to protest against the government’s failure to protect them from economic ruin.

Discontent has worsened in recent weeks as the cash-strapped country stopped receiving fuel shipments, forcing school closures and rationing of petrol and diesel for essential services.

Sampath Perera, a 37-year-old fisherman, took an overcrowded bus from the seaside town of Negombo, 40km (25 miles) north of Colombo, to join the protest.

“We have told Gota over and over again to go home but he is still clinging onto power. We will not stop until he listens to us,” Perera said.

He is among the millions squeezed by chronic fuel shortages and inflation that hit 54.6 percent in June.

Political instability could undermine Sri Lanka’s talks with the International Monetary Fund seeking a $3bn bailout, a restructuring of some foreign debt and fundraising from multilateral and bilateral sources to ease the dollar drought.

In April, Sri Lanka announced it is suspending repaying foreign loans due to a foreign currency shortage. Its total foreign debt amounts to $51bn of which it must repay $28bn by the end of 2027.

The economic crisis has led to a heavy shortage of essentials like fuel, cooking gas and medicines, forcing people to stand in long lines to buy limited supplies.