On October 21, the Sri Lankan parliament, with the support of the ruling and opposition parties, passed a new constitutional amendment. The 21st amendment, the government of President Ranil Wickremesinghe claimed, was to “limit the powers of the executive branch and ensure democracy through empowering the legislative.”

This is a blatant lie. This amendment does not limit the sweeping powers of the executive president but makes only cosmetic changes. 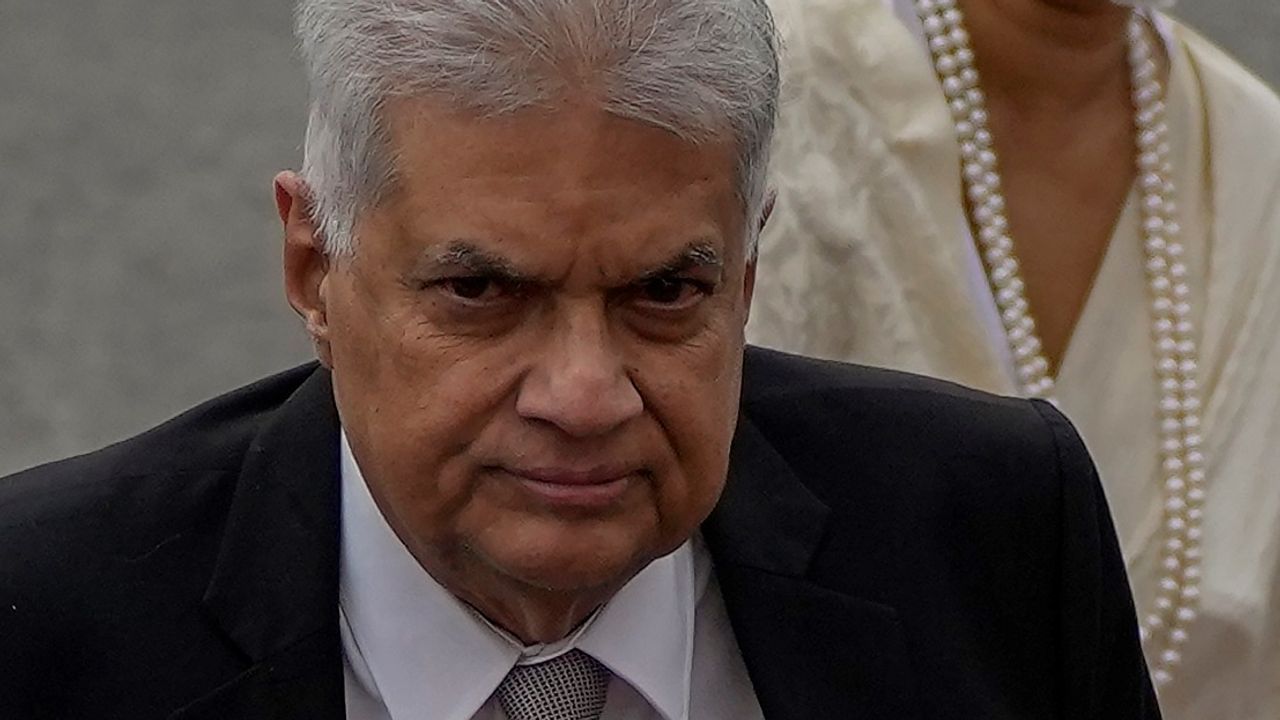 The new amendment was introduced amid deep-going popular opposition to the executive presidency after four decades of savage attacks on democratic rights, including against the Tamil minority during the nearly three-decade war against the separatist Liberation Tigers of Tamil Eelam (LTTE).

It also follows the mass demonstrations that began in early April involving millions of workers and the poor who demanded President Gotabhaya Rajapakse and his government resign. While these developments exposed the mass opposition to the entire political establishment, the opposition parties, trade unions and pseudo-left groups, constricted these protests to just Rajapakse and his regime.

The Wickremesinghe government has insisted that the foremost “democratic” element of the 21st amendment is the establishment of a Constitutional Council. This scraps a clause in the 20th amendment, adopted by the previous Rajapakse regime, which gave the president the power to directly influence the appointment of top bureaucrats in the state administration.

The CC will also have the power to propose names for the chief justice, judges to supreme court and the court of appeal, and other high officials, such as the inspector general of police.

Notwithstanding these changes, the president can, directly or indirectly, influence the first six members of the CC because they are ruling party MPs or are directly appointed by him. The council is therefore dominated by the president, parliament and big business, and has no real independence.

The 20th amendment to the constitution, which extended the wide-ranging autocratic powers of the executive presidency was introduced after Gotabhaya Rajapakse became president in November 2019. This included the power to remove the prime minister at any time and to take over any ministry. More significantly, the president had the power to dissolve any government after two and a half years of its election. These anti-democratic powers remain intact.

The executive presidency was originally established by the United National Party (UNP) government of President J. R. Jayawardene in 1978. Current Sri Lankan president, Wickremesinghe was a minister in that administration. It made the parliament a virtual rubber stamp, with the president given sweeping powers. The president is commander in chief of all the armed forces, can declare war and impose repressive laws.

During its 17-year rule, the UNP ruthlessly repressed all opposition to its social attacks. In 1980, it sacked 100,000 public employees and crushed their general strike for higher wages. Systematic communal provocations against the Tamil minority resulted in the eruption of the 26-year war against the LTTE. In 1987–1990, using the communalist provocations of the Janatha Vimukthi Peramuna (JVP) as the pretext, the UNP unleashed a violent wave of repression against unemployed rural youth in the south of the island, massacring some 60,000.

With popular opposition to the executive presidency and the whole political establishment rising to boiling point, successive parliamentary opposition parties have pledged to abolish the hated presidency. These promises have been dumped, however, as soon as they won office.

Sri Lankan Justice Minister Wijeyadasa Rajapakse admitted to parliament on October 8 that International Monetary Fund (IMF), European Union and United Nations envoys often visited his ministry asking when the constitution would be amended and what provisions it would contain to restore democracy.

These international pressures would be eased, he said, but it would be helpful in obtaining IMF financial assistance if the amendment was passed.

President Wickremesinghe and his government are currently negotiating an emergency loan from the IMF to try and alleviate Sri Lanka’s catastrophic economic crisis, which has been exacerbated by the COVID-19 pandemic and the US-NATO war against Russia in Ukraine.

The IMF and other financial institutions are not concerned about the democratic rights of the Sri Lankan masses. They calculate, however, that the pretence of so-called good governance measures would help to dissipate the mass opposition to the government, as it implements finance capital’s brutal austerity demands.

The support for the 21st amendment by all the opposition parliamentary parties speaks volumes. It highlights the bipartisan agreement of the ruling and opposition parties for IMF austerity and their readiness to use the executive presidency to crush social opposition if they come to power.

The limited criticism of the new amendment by the opposition parties, even as they endorsed it, is completely bogus.

During the parliamentary debate, Sajith Premadasa, leader of Samagi Jana Balawegaya (SJB), the main opposition party, declared: “We are voting in favour of this amendment because we want to help get this country out of the economic crisis.” In other words, his principal concern was to appease the IMF. 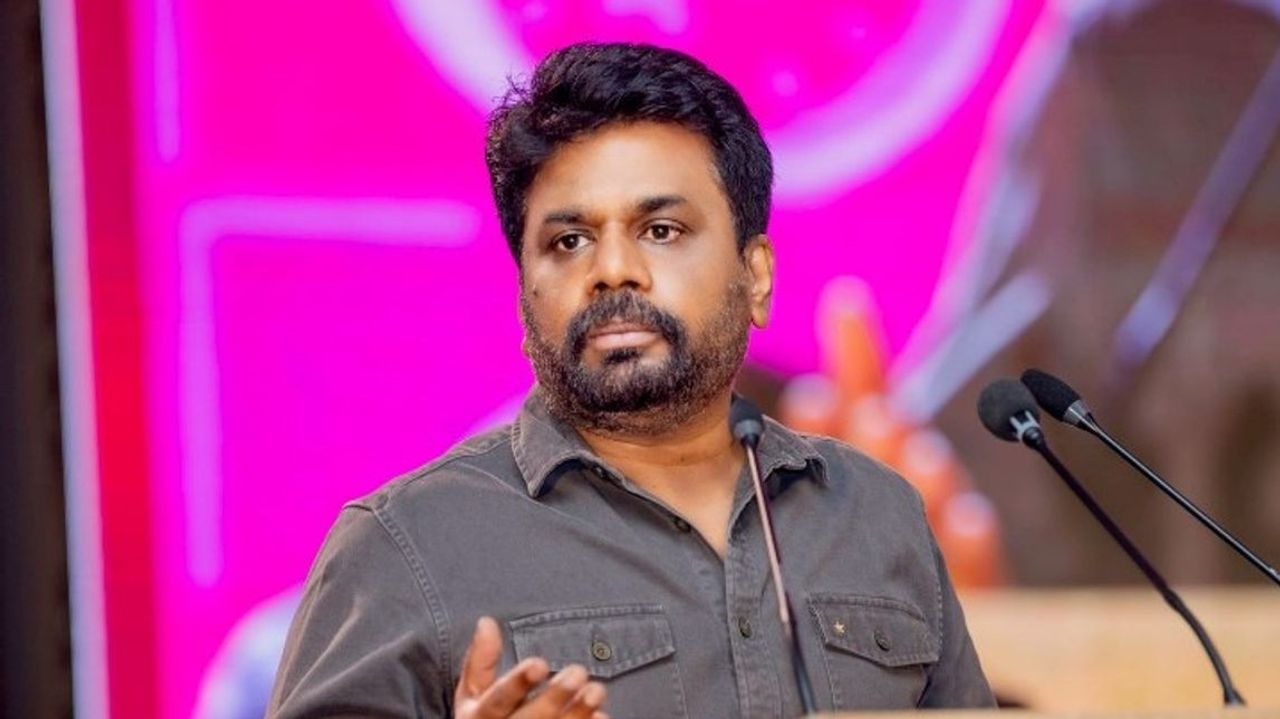 The SJB leadership, then part of the UNP, as well as the JVP directly supported the 26-year communalist war against the LTTE, and all the associated repressive laws, including the Prevention of Terrorism Act.

M. A Sumanthiran, a leading Tamil National Alliance (TNA) MP, criticised the new amendment, declaring that his party did not want to support any “tinkering of the constitution.” Six TNA MPs, however, voted in favour the amendment. None of this has anything to do with defending the democratic rights of the masses. The preoccupation of the TNA, a pro-US party which supports the IMF austerity, is to pressure Colombo to introduce constitutional changes for a power-sharing arrangement for the Tamil elite.

For their part, the trade unions, which are aligned with the ruling and opposition parliamentary parties, have maintained a guilty silence about these constitutional changes.

There is no section in the capitalist ruling class in Sri Lanka which defends democratic rights. From its formal independence from British rule in 1948, successive Sri Lankan governments have systematically used emergency powers to suppress the resistance of workers and the poor whilst fuelling anti-Tamil and anti-Muslim provocations to divide the working class.

The Socialist Equality Party (SEP) rejects the political manoeuvres of the government and the opposition parties, who are being backed by pseudo-left groups and the trade unions. Behind this conspiracy, the Wickremesinghe regime is preparing to ruthlessly suppress any opposition by working people to its austerity measures.

The SEP demands the immediate abolition of the executive presidency and Sri Lanka’s anti-democratic constitution. We demand the repeal of all repressive laws, including the Public Security Act, the PTA and the Essential Public Services Act. The SEP calls for release of all political prisoners.

As the SEP has repeatedly explained, the defence of democratic rights is inseparable from the fight for the social rights of all working people.

The SEP calls for a Democratic and Socialist Congress of Workers and Rural Masses, based on delegates elected by action committees, as the necessary political lever for workers and the poor to fight for their social and democratic rights.

The building of the congress of the working class and the rural poor, will open the way for the fight for a workers’ and peasants’ government and the implementation socialist policies as part of struggle for international socialism.

We urge workers, youth and the oppressed to take up this political struggle and join and build the SEP as a mass revolutionary party.