Colombo, July 13: Sri Lanka's embattled President Gotabaya Rajapaksa, who fled to the Maldives on Wednesday, is now set to move to Singaporewith his family on Wednesday.

On Tuesday, Gotabaya Rajapaksa had indicated he would not resign till his family got a safe exit from the country.

Rajapaksa, the 73-year-old leader who enjoys immunity from prosecution while he is president, fled to the Maldives along with his wife and two security officials to avoid the possibility of arrest by the new government.

The Maldivian government's argument is that Rajapaksa is still the President of Sri Lanka, and that he hasn't resigned or handed over his powers to a successor. Therefore, if he wanted to travel to the Maldives, it could not have been denied.

After protesters stormed his official residence in rage over the island nation's worst economic crisis on Saturday, Rajapaksa had informed both Speaker of Parliament Mahinda Yapa Abeywardena and Prime Minister Ranil Wickremesinghe that he will resign on July 13.

The promised resignations brought no end to the crisis and the protesters have vowed to occupy the official buildings until their top leaders are gone. 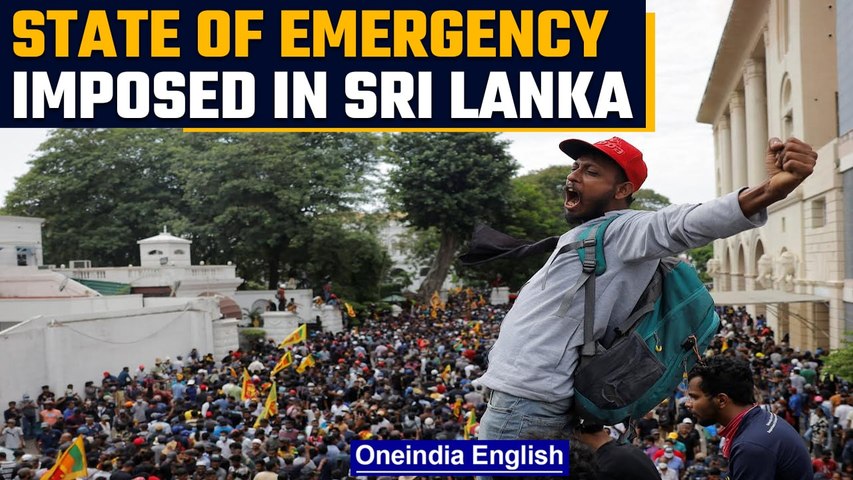 For days, people have flocked to the presidential palace almost as if it were a tourist attraction - swimming in the pool, marveling at the paintings and lounging on the beds piled high with pillows. At one point, they also burned the prime minister's private home.

While lawmakers agreed late Monday to elect a new president from their ranks on July 20, they have not yet decided who will take over as prime minister and fill the Cabinet.

Corruption and mismanagement have left the island nation laden with debt, unable to pay for imports of basic necessities, causing despair among its 22 million people.