Tamil nationalist parties in Sri Lanka met on August 22 to discuss working together in support of the US-sponsored resolution on Sri Lanka at the UN Human Rights Council (UNHRC) and for mediation in a power-sharing agreement with the Colombo government.

The UNHRC resolution, which was passed in March, calls for an investigation into human rights violations committed during the 30-year communalist war against the separatist Liberation Tigers of Tamil Eelam (LTTE). 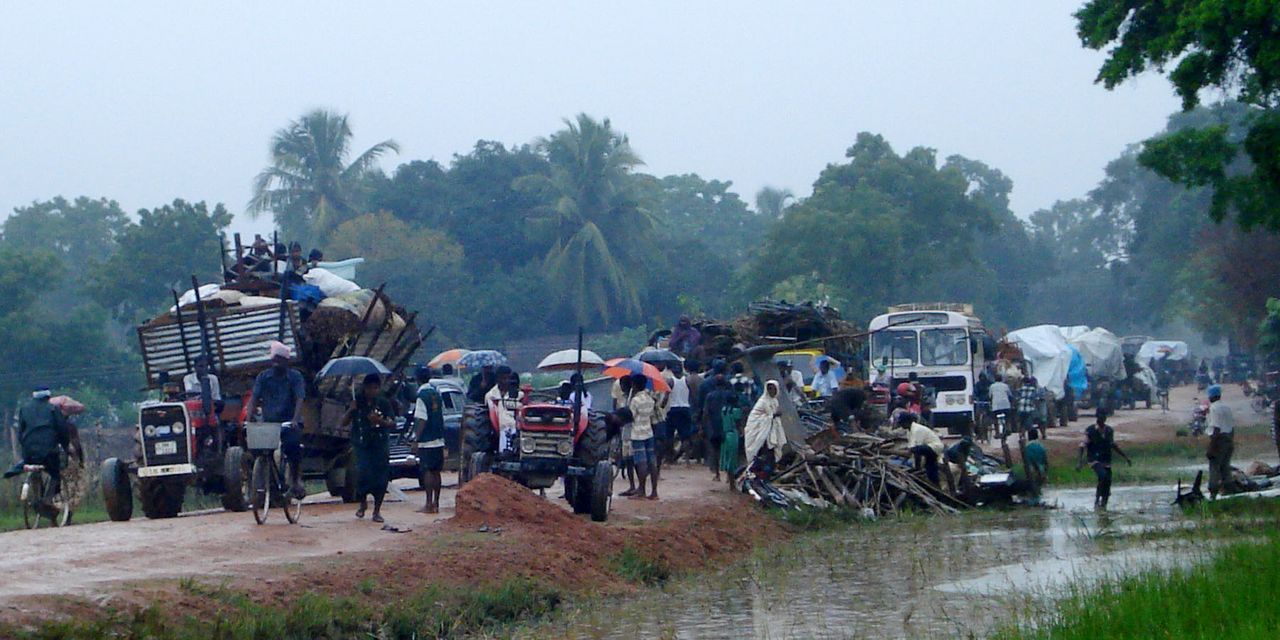 Participants agreed to press the Rajapakse government on four issues: the removal of the Prevention of Terrorism Act (PTA); the release of political prisoners; an end to land acquisitions in the North and East; and for Colombo and New Delhi to fully implement the 13th constitutional amendment.

The PTA was enacted in 1979 to suppress Tamil groups, including the LTTE, along with working class and any other political opponents of the Sri Lankan government. Dozens of Tamil political prisoners seized under the draconian PTA remain in jail, as do several Muslim leaders and journalists arrested in recent months.

The 13th amendment emerged from the July 1987 Indo-Lanka Accord to disarm the LTTE and devolved limited powers to the Tamil elite in the North and East. Successive Colombo governments have been hostile to any power-sharing with the Tamil bourgeoisie and have not fully implemented this amendment.

The call for an end to land requisitions is for release of land forcibly acquired by the military during the war and in the last decade following the LTTE’s defeat in 2009. Some of this property is being used for the military’s economic activities and used for military camps. Buddhist temples have also been provocatively established in areas where Tamil people are living.

Widespread anger is brewing among the Tamil masses over these repressive actions by the military which has occupied the North and East for decades.

Like successive Colombo regimes, President Gotabhaya Rajapakse’s government, which rests on the military and Sinhala-Buddhist chauvinist groups, opposes any concessions to the Tamil elite. At the same time, it uses anti-Tamil propaganda to divide the working class.

The Tamil elite is cynically using the UNHRC resolution, not to defend the democratic rights of Tamil workers and the poor, but to pressure Colombo for concessions. In line with this agenda the Tamil parties are providing political assistance to the US and other major powers which are exploiting the human rights violations and repression of the Tamils to further their own geopolitical interests.

Eelanadu, a Jaffna-based online publication, reported that last month’s meeting of Tamil parties decided to “be firm and not give any space for the government to escape the international pressure.” The meeting was held after US diplomats in Colombo had at least two discussions with TNA leaders.

On July 16, the US ambassador in Colombo, Alaina B. Teplitz, met with TNA leader R. Sambandan and other party officials at his residence. Sambandan told the media that they complained to the ambassador about the insincerity of Colombo governments in resolving “the grievances of the Tamil people” and urged the “international community to directly intervene to provide a solution.”

The US has kept India fully informed about its discussions with TNA leaders, who have also met several times with Indian envoy Gopal Baglay in Colombo. India is aligned with Washington’s military preparations for war against China and hostile to Chinese influence in the South Asia region.

On August 30, Sumanthiran told the Jaffna media that Colombo needed to “present a solution to the issues faced by the Tamil people” and that the US should be a mediator that “studies and approved those solutions.”

The next UNHRC meeting, which is scheduled to begin today, will “review the progress of implementation” of its call for the investigation of human rights violations. UNHR Commissioner Michele Bachelet has called for member states to collect evidence of war crimes in order to prosecute those responsible.

The UN estimates that about 40,000 Tamil civilians were massacred by the military in the final months of Colombo’s war against the LTTE that ended in May 2009. Hundreds of LTTE cadres who gave themselves up simply disappeared, while surrendering LTTE leaders were killed.

The US and other major imperialist powers, which are responsible for countless war crimes internationally, have no concern about the violation of human rights in Sri Lanka. Washington is using these crimes to “persuade” the Rajapakse government to sever its relations with Beijing.

The cash-strapped Colombo regime, which faces a deepening economic crisis worsened by the pandemic, is increasingly reliant on investment and loans from Beijing. In April it began the operations of the China-funded Colombo Port City—a 269-hectare seafront area and an important component in Beijing’s Belt and Road Initiative to counter future US threats to its trade routes in the Indian and Pacific oceans.

Washington opposed former President Mahinda Rajapakse’s close relations with Beijing which provided his government with financial assistance and military hardware. It initiated a series of “human rights” and “war crimes” resolutions at the UNHRC in an attempt to force Colombo to distance itself from Beijing.

Even as it manoeuvres with the imperialist powers and India, the TNA leadership has sought meetings with President Gotabhaya Rajapakse. The Tamil language Kaalaikathir recently reported that Sumanthiran held a closed door discussion with Rajapakse on August 23 but provided no details.

The developments over the past two months confirm that the TNA and other Tamil parties are prepared to provide whatever assistance they can to the US and other imperialist powers. In doing so, they are backing US war preparations against China.

Like their counterparts in Colombo, the Tamil elites are fearful of the developing struggles of the Sri Lankan working class, across all ethnic and religious lines, and long ago dropped previous demands for withdrawal of the military from the North and East. They have said nothing about Rajapakse’s repressive public sector strike bans and other anti-democratic measures.

In opposition to the Tamil parties’ turn to the imperialist powers, Tamil workers must unify with workers across Sri Lanka and internationally to defend their democratic and social rights. The developing class struggles across the island have prepared the ground for advancing such unity.

The fight for democratic rights is bound up with the struggle to overthrow capitalist rule and the communal discrimination embedded in Sri Lanka’s formal independence in 1948. The Rajapakse regime, which is rapidly moving towards a presidential dictatorship, is stepping up its attempts to divide workers along communal lines.

The Socialist Equality Party calls for a Sri Lanka-Eelam Socialist Republic of Sri Lanka, as part of the struggle for socialism in South Asia and internationally. This is inseparable from the building of an international anti-war movement as advanced by the International Committee of the Fourth International.